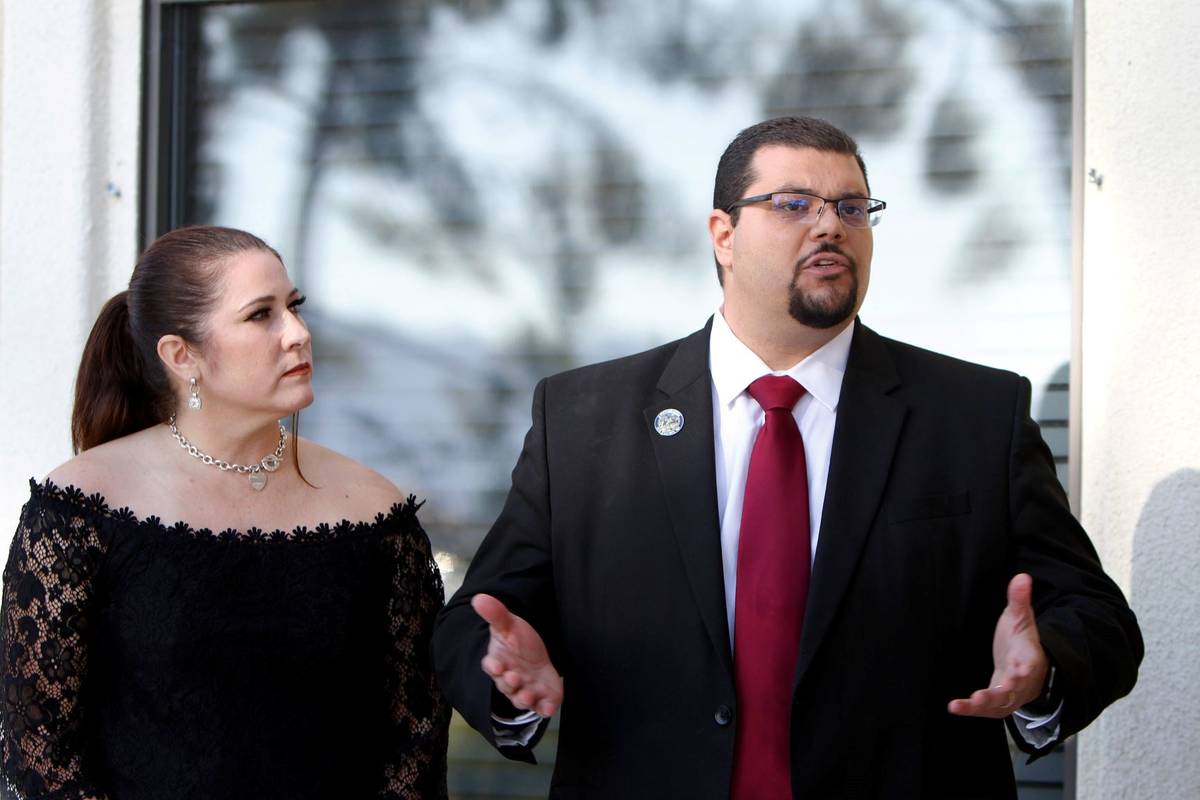 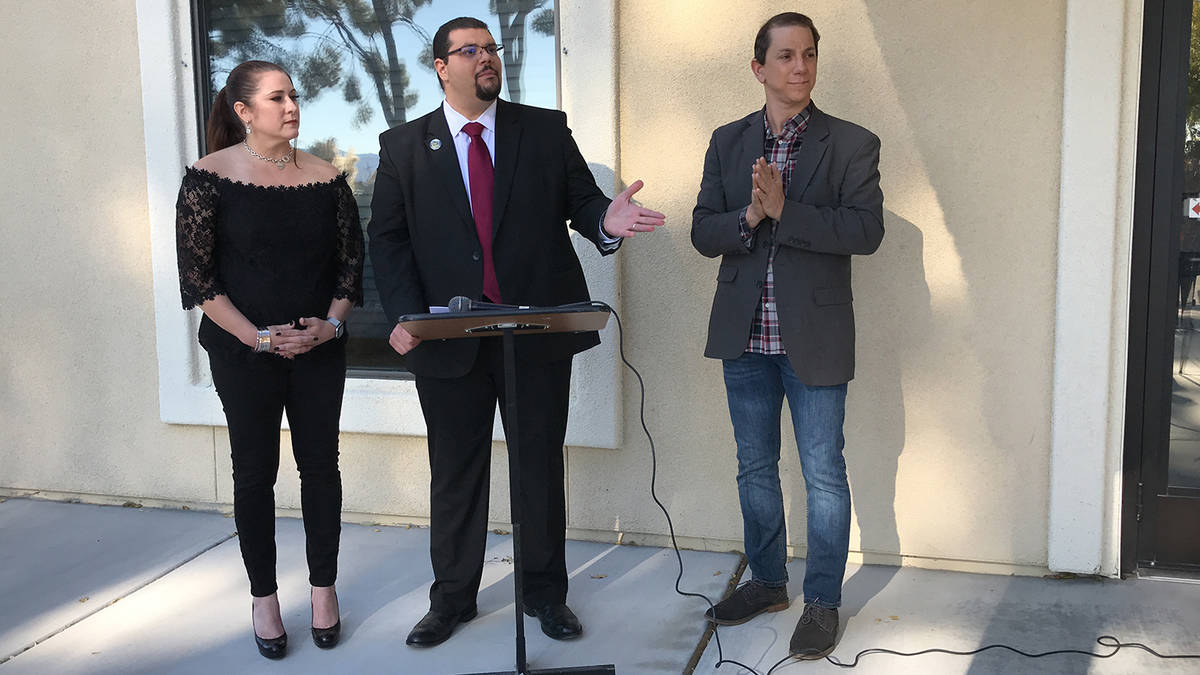 Sarah Cirillo, who is working with Blundo on his defense strategy, opened the 1 p.m. press conference at the Nye County Commission Chambers.

“We know it’s bold to stand out here today, but bold actions are the actions of an innocent man, and commissioner Blundo is an innocent man,” Cirillo stated to the applause of several of Blundo’s supporters who were in attendance.

“I hope you all had a wonderful Thanksgiving and didn’t spend too much time Wednesday night or Thursday worrying about me,” Blundo stated. “Just like then, there is a significant amount of misinformation and fake news surrounding me at the moment. I am here to clarify a few things.

“First, when you come into office as an outsider, as a voice for the very people you serve, the bureaucrats get scared,” Blundo exclaimed. “I was elected by the people of District 4 and that is exactly who I work for.”

Blundo asserted that he intends to remain a voice for the people and continue to carry out the wishes of those he represents over the next two years of his elected term. Going further, Blundo says he intends to run for re-election in 2022.

When asked by the Pahrump Valley Times where and with whom the criminal complaint had arisen, he replied, “I can’t talk about that.”

A declaration of arrest was issued for Blundo at 8:40 p.m. on Wednesday, Nov. 25, with the Nye County Sheriff’s Office announcing that the agency was conducting a search for Blundo because he had failed to turn himself in at a pre-arranged time, 5 p.m. that evening. The declaration provided no details on the charges Blundo was facing, leaving the community in a paroxysm of speculation as to what the allegations against him might be.

A very short time later that same night, Blundo did in fact turn himself in, according to an update from the sheriff’s office.

The allegations stem from actions taken by the Nye County Commission regarding use of the CARES Act funding that Nye County had received in the wake of the COVID-19 pandemic. The county had decided to create a series of CARES Act grant programs for the local communities, allowing small businesses and individuals to apply for grants to help cover the financial impacts of the COVID-19 crisis.

Blundo owns a small business, Carmelo’s Bistro, and had applied for funding through the county CARES Act grant programs for both his personal rent and on behalf of his business. According to the sheriff’s office, Blundo had received approximately $10,000 for his rent and his application for the small business grant program was still pending.

At the same time, Blundo had put forward motions on and voted multiple times on the Nye County CARES Act Policy, which guides how the county plans to utilize that funding. The criminal complaint against Blundo alleges that by doing so, he violated state law, which prohibits a county commissioner from voting on items for which they have a personal interest or from which they stand to gain financially. Blundo has been adamant in asserting that he did not violate the law by voting on the CARES Act policy.

Blundo said the allegations against him are unfounded: “What we have here is one of the worst cases of deep state, swamp behavior. Ladies and gentlemen, if you didn’t think it happens on the local level, you are now watching it, with your very own eyes.”

He said the current situation was the culmination of “a series of attacks” that had been levied against him since his election in 2018. Indeed, several ethic complaints had been filed against him. Two of these were dismissed. The other two, which were related to the same complaints filed by the staff with the town of Pahrump, were deemed non-willful and not serious in nature.

“This has been going on since I took office, fighting for the very people I represent, you,” Blundo said, declaring that it was not just an attack on himself but on the people as well. “Unelected, unchecked bureaucrats are trying to stymie those who stand for the Constitution and stand for the people. I will never yield to this attack on my reputation and threat to our freedom. Why? Because I have both the strength of the people and the Constitution on my side, simply because I have done nothing wrong here. I am innocent.”

Blundo also took questions from the media and area residents in attendance, emphasizing that he would not be addressing any questions that touched too closely to the court case arising from his arrest.

A member of the public asked whether there would be any repercussions for the accusing party in the event that Blundo is proven to be innocent but Blundo said that was too close to the case to answer. Cirillo jumped in to respond, “The commissioner, who is a firm believer in the Constitution, believes in due process. He is focused on these charges being dropped and then on his re-election in 2022.”