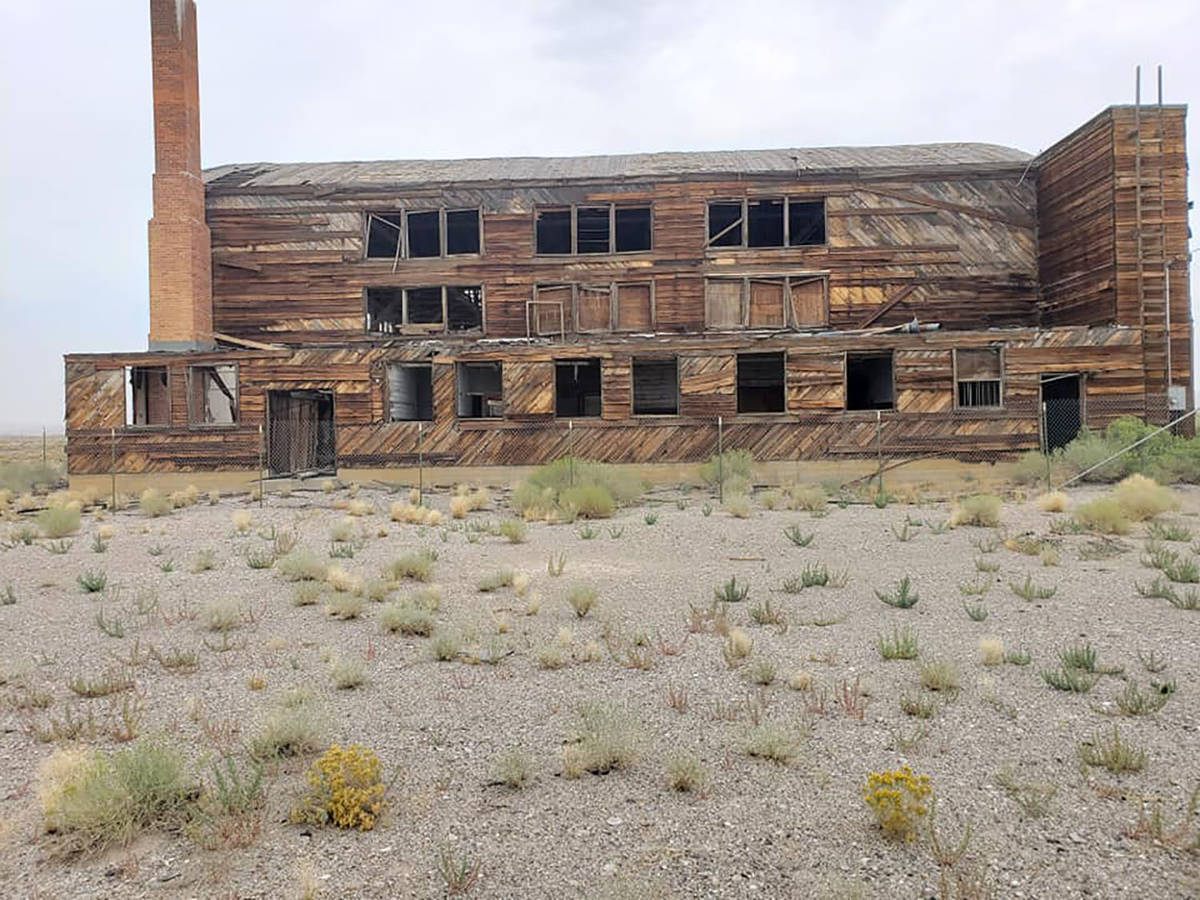 Nancy Whipperman/Pahrump Valley Times The Tonopah Army Air Field is on the list of Nevada's 11 most endangered historical sites. 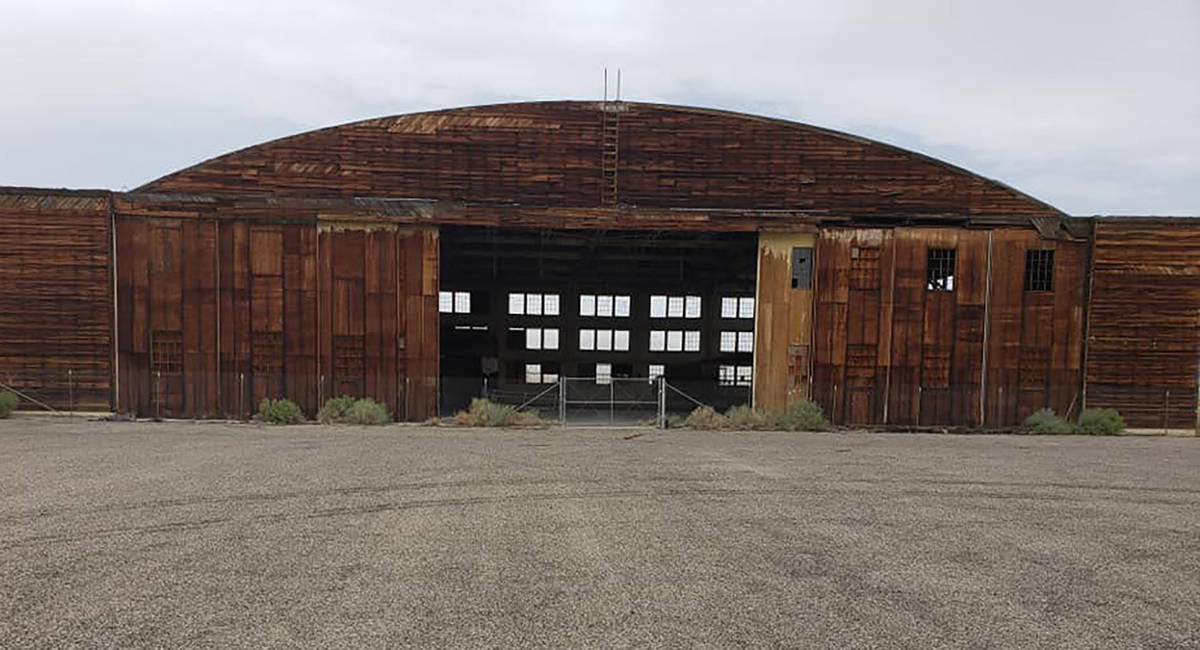 Nancy Whipperman/Pahrump Valley Times The World War II-era Tonopah Army Air Field is down to two hangars that need repair and the original runways, which still are used. 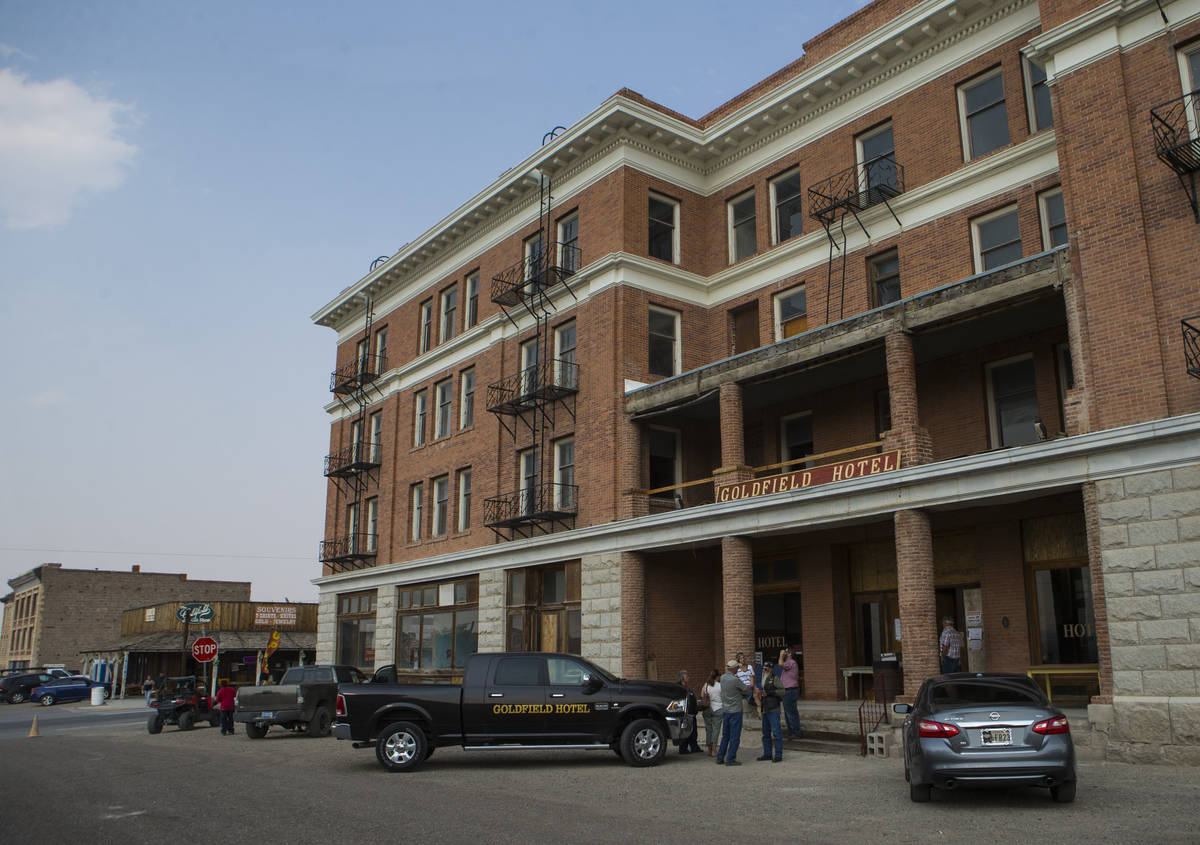 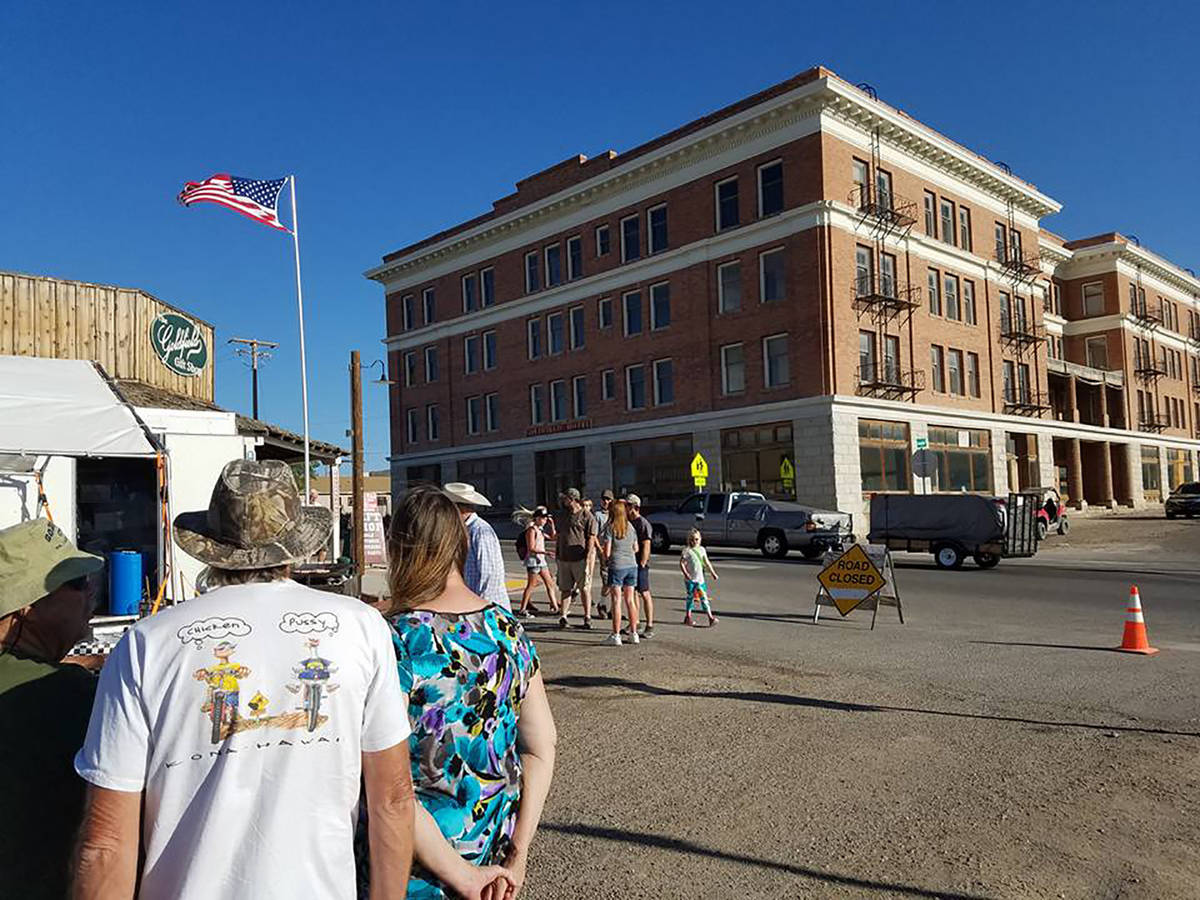 Jeffrey Meehan/Pahrump Valley Times A crowd gathers for Goldfield Days as shown in a file photo that includes the landmark Goldfield Hotel in 2018. 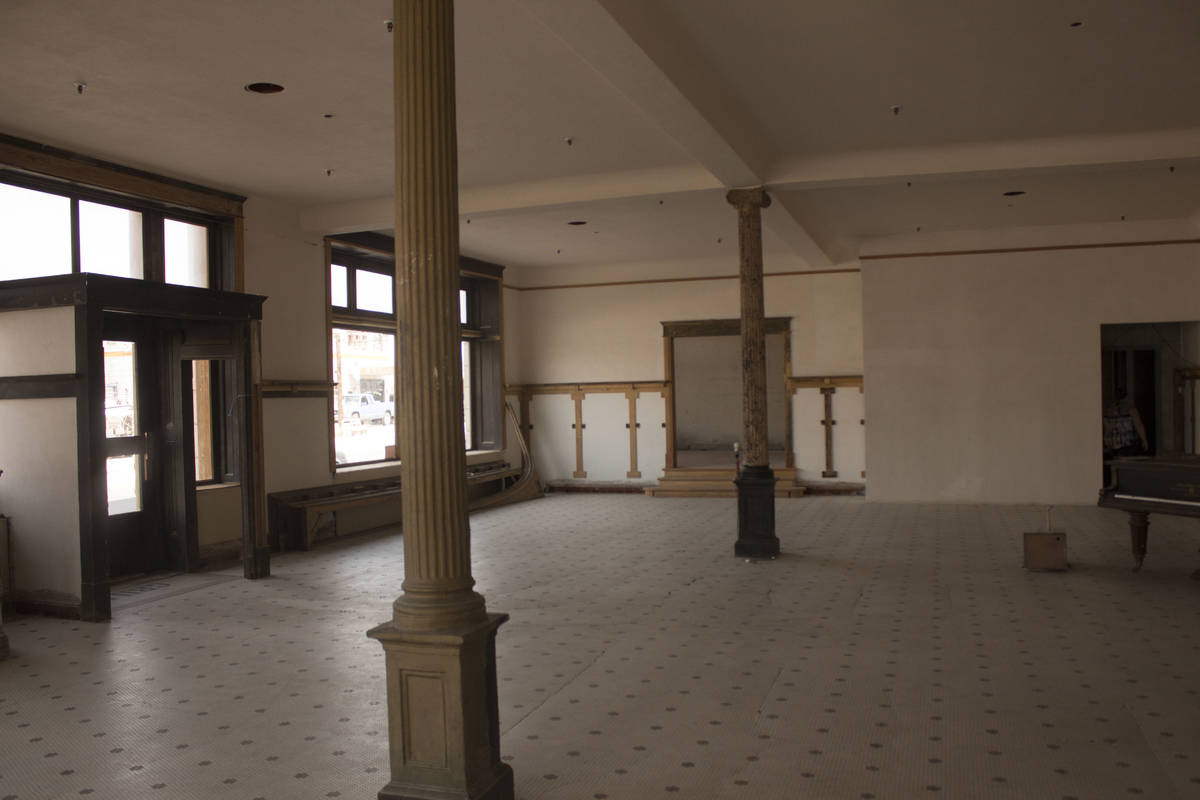 Jeffrey Meehan/Pahrump Valley Times The lobby of the Goldfield Hotel on Aug. 5, 2017. Cleaning crews worked to clearn the property that year as part of a renovation project to open the hotel for business. 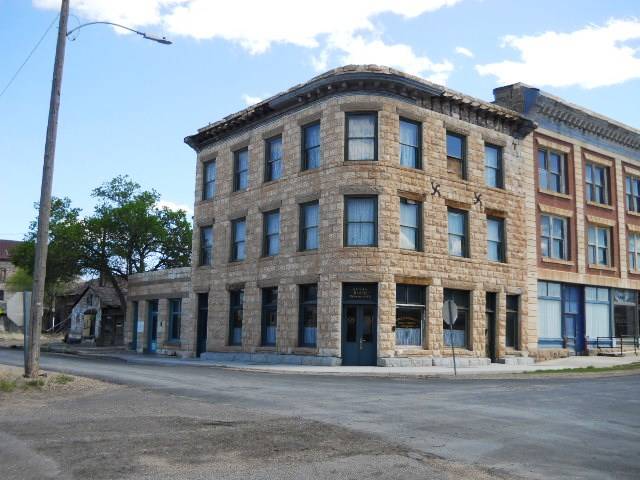 From downtown Las Vegas to the state’s wilderness, Nevada’s history is in danger, and Preserve Nevada, Nevada’s oldest statewide historic preservation organization, has named its 11 Most Endangered Places in Nevada for 2020.

“We make this list to bring attention to historic sites that badly need attention,” said former U.S. Sen. and Gov. Richard Bryan, chairman of the Preserve Nevada board and a Nevada resident since 1942. “The list includes places we have cited before, and other locations that we realize cannot survive without care and preservation.”

Preserve Nevada models its list on the annual list of 11 Most Endangered Places issued by the National Trust for Historic Preservation. “That list always ranges across the United States. Ours ranges across Nevada,” Bryan said.

Topping the list is Reno’s Lear Theater, which was originally the First Church of Christ, Scientist, opened in 1939 and empty for nearly two decades. Its designer, renowned architect Paul Revere Williams, also was responsible for one of the state’s great preservation success stories: the La Concha Motel in Las Vegas, now part of The Neon Museum.

“Artown owns the Lear Theater and wants to use and preserve it. But things are still up in the air, and we hope the community can rally around it,” Bryan said.

Another Reno site on the list is UNR’s historic core and entrance.

“The loss of the Gateway District and its houses was a tragedy for preservation,” Bryan said. “There are now plans for a parking garage that could potentially affect the view of the city that the founders of the school intended future generations to have from Morrill Hall. As an alumnus, I especially hope we can find a way to remember its history of more than 130 years.”

The Las Vegas location on the list is the Huntridge Theater, which has appeared several times previously.

“We think it’s important to keep bringing attention to the theater. It was important to our history as a community gathering place, as a site of desegregation, and for the arts,” Bryan said. “I spent a lot of childhood hours there, and I hope government entities and the ownership can make it possible for the next generation to say the same.”

In the historic mining towns of central Nevada, several spots are in danger. The Nye County Courthouse, built in 1905, has deteriorated; the county applied for state aid, which revenue losses in the wake of the COVID-19 virus have made questionable. The World War II-era Tonopah Army Air Field is down to two hangars that need repair and the original runways, which still are used. In Goldfield, two 1907 buildings are at risk: the Goldfield Hotel and the Nixon-Wingfield Consolidated Mines Building, both of which have benefited from repairs but need more. In Ely, the Centennial Fine Arts Building, originally Nevada’s first Mormon Church Tabernacle, has structural issues.

Preserve Nevada also named three more general endangered places to the list. Rural downtown cores in towns such as Lovelock and Austin often are deteriorating or in danger of demolition. Charcoal ovens or kilns used for mining in rural Nevada are protected at Ward, near Ely, but several other sites are at risk, including in Lincoln and Nye Counties.

“Nevada has one of only seven sanctuaries in the world for the protection of night skies, in northern Washoe County,” Bryan said. “What’s more historic than our universe? Being able to see it means the right kinds of ordinances for lighting, and educating the public about its value. Our goal at Preserve Nevada is education, and this is just one example of it.”

For more information, please call director Michael Green at 702-538-6687 or email him at Michael.green@unlv.edu, or email deputy director Christina Lamoureux at preservenevada@gmail.com.