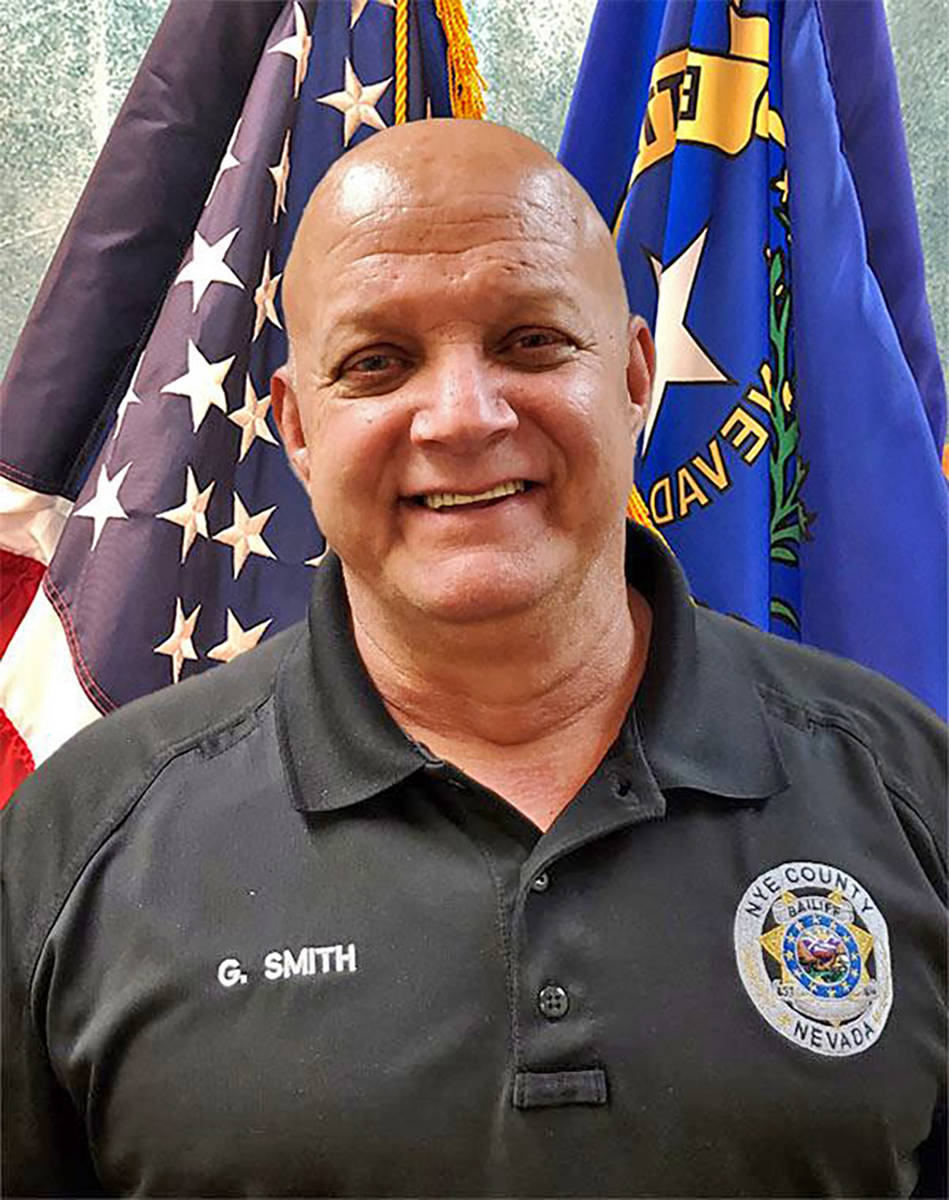 Special to the Pahrump Valley Times The Nye County Courthouse at the Ian Deutch Government Complex in Pahrump has been renamed in honor of the late Gerald "Bear" Smith. 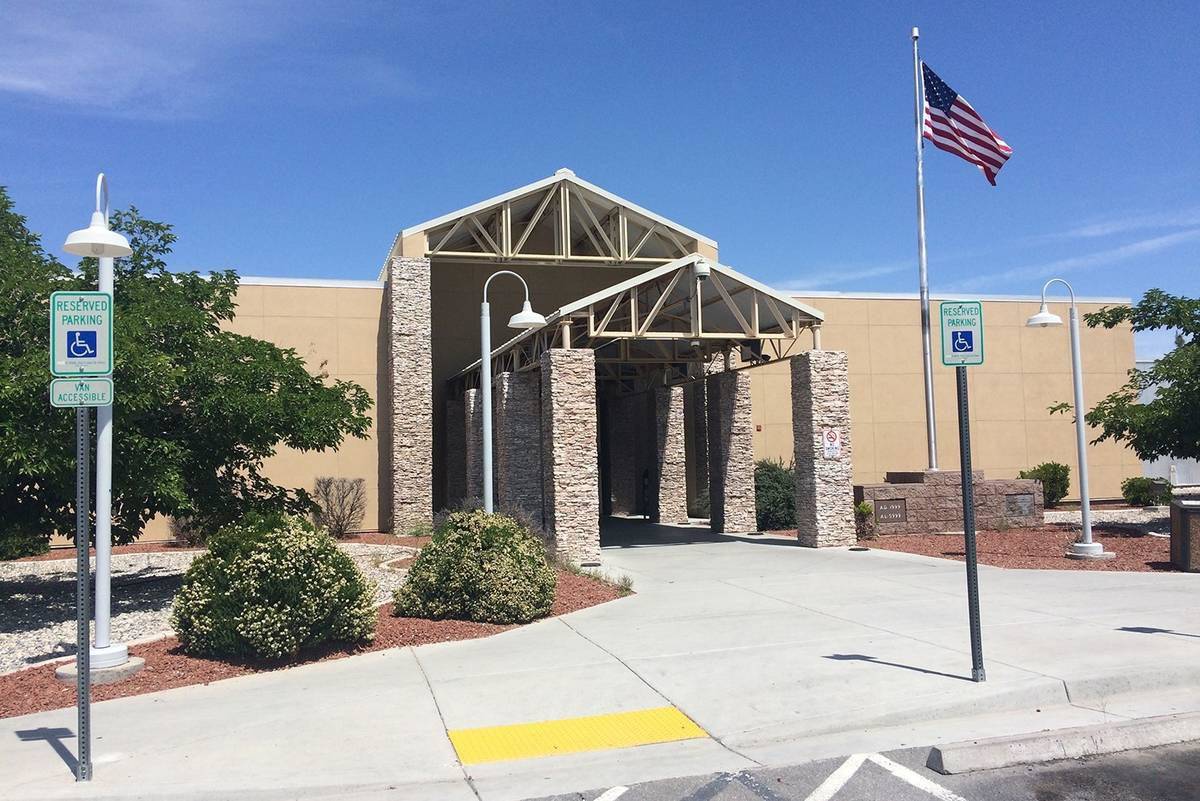 For nearly two decades, the Nye County Courthouse in Pahrump had been graced with the presence of Gerald “Bear” Smith, a man that many remember as an upstanding, respectable, humorous and much loved part of the local justice system, but this past January, tragedy struck. After contracting the coronavirus that causes COVID-19, Smith was hospitalized in Las Vegas with complications related to the dreaded disease and he ultimately lost his battle against the virus, passing away on Jan. 18, much to the grief of those who knew and loved him.

While Smith may no longer walk the halls of the Nye County Courthouse, his service in that building will never be forgotten, thanks to action taken by the Nye County Commission at the request of Pahrump Justice of the Peace Kent Jasperson, whom Smith had worked with for a full dozen years prior to his passing. In recognition of the dedication that Smith showed, commissioners adopted a resolution outlining the county’s intent to have the courthouse in which he spent so much of his career renamed in his honor, a move that will ensure that Smith’s memory will live on long into the future.

“I would just be grateful for this resolution to pass. I think that it would be an honor for Gerald Smith to have the courthouse named after him,” Jasperson told the commissioners at their May 18 meeting. “His entire career was spent in the courthouse, either working in the district court or in the justice court. He was part of the initial drug court that started under Judge (Robert) Lane, then he moved to the justice court, where he worked for me for 12 years before his demise and I just think, since his entire career was spent in that realm, that it would be an honor to name the courthouse after him.”

Nye County District Attorney Chris Arabia, who also had the pleasure of working with Smith over the past few years, chimed in as well. “What Judge Jasperson said goes double for me,” he remarked.

“I’d just like to recognize the family that is present. They don’t want any special treatment, but they are here,” Nye County Commission Chair Debra Strickland said before the resolution came to a vote, with commissioner Leo Blundo adding, “Our thoughts are with you.”

The motion to adopt the resolution was passed with emphatic “ayes” from all five commissioners, who were obviously pleased to be able to do something special to commemorate the life and career of a man who had devoted such a large part of his life to the justice system in Nye County.

“Whereas, Gerald ‘Bear’ Smith was born in Torrance, California and moved to Pahrump in 1992 and… Smith joined law enforcement and became POST certified in 2004, and helped the honorable Robert Lane establish the drug court program, and… Smith became the bailiff in the honorable Kent Jasperson’s courtroom in 2009, and… served as a bailiff in Judge Jasperson’s courtroom until his death on January 18, 2021 from complications related to COVID-19,” the resolution reads.

“Whereas, Smith lived his life by the mantra ‘Treat others the way you would want to be treated’, and showed kindness to everyone no matter what side of the law they were on in the courtroom,” the resolution continues. “Now therefore be it resolved, that the Nye County Board of Commissioners express its deepest appreciation for the public service and commitment of Bailiff Gerald ‘Bear’ Smith and be it further resolved that the area depicted in exhibit A of the Ian Deutch Government Complex located at 1520 E. Basin Ave., Pahrump, Nevada, will hereinafter be known as the Ian Deutch Government Complex and the ‘Gerald “Bear” Smith Courthouse’.”

Nye County Public Information Officer Arnold Knightly said that the county is currently working on the details necessary to have the appropriate signage placed at the courthouse, with hopes to have such signage installed by the end of the year.