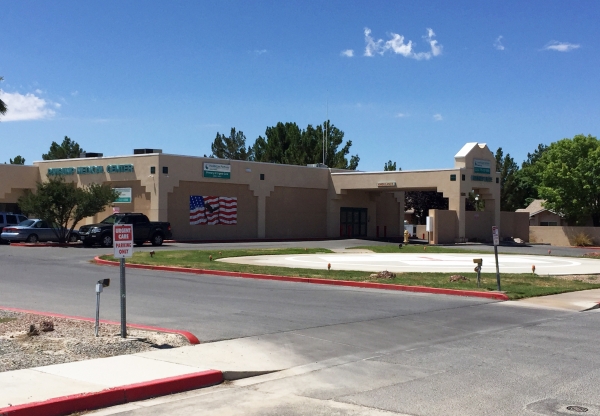 Medical Systems Management has requested to extend the lease for three-to-five years with an increase from 80 cents to 85 cents per square foot. The agreement is worth $13,600 per month to the county.

Nye County and Medical Systems Management first entered into the Pahrump Medical Center lease agreement on Nov. 9, 2005 for the real property and building located at 1501 East Calvada Boulevard, according to the records.

The original agreement was for 50 cents per square foot, with the building at 11,000 square feet. The building is now 16,000 square after improvements.

Commissioner Butch Borasky asked for a higher increase that would be comparable with other places.

“I stand on my ground where I was before,” he said. “When we had this in front of us, the property was worth much more in rent. Most people when they modify the building they modify it for themselves, not for the landlords.”

However, Wichman said many of those improvements were done by the center’s owners.

Wichman said Nye County tried to help when it could with maintenance, one of the requirements stated in the agreement, but the hospital has taken an initiative and did all of the renovations at its own expense.

“When I went through the process of what they are currently doing over at the facilities, I originally was looking at this being like a regular office building and these people, they move into an office building and they do their business and the people who own the properties, take care of everything,” Commissioner Frank Carbone said. “This is kind of a little bit of both, where the occupants of the building are actually taking care of maintaining items within that building: doors, floors, walls; anything that was required, any kind of maintenance internally, they have been taking care of.”

The original lease was changed by amendment to the Pahrump Medical Center lease agreement on Feb. 20, 2007. The agreement stated the lease has to be renewed for a five-year period, to commence upon the date of the expiration of the existing lease, which is on Nov. 15, 2010 and to thus terminate in November 2015.

On July 13, 2010, the lease was further amended by the lease renewal agreement. According to the documents, landlord leased to a sub-lessor the premises consisting of 16,000 square feet located at 1501 East Calvada Boulevard, Pahrump.

The motion passed 4-1, with Borasky voting against the agreement.