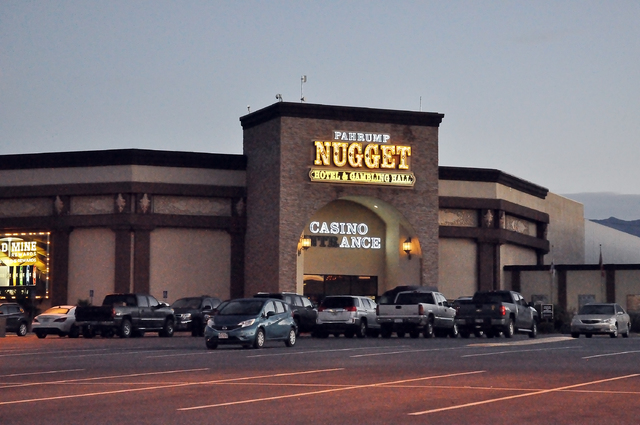 Nye County gaming operators ended 2017 on a high note with strong increases in gaming win through December, with Clark County taking a small decrease for the month.

A report by the Nevada Gaming Control Board on Jan. 31 showed Nye County casino operators had increases of nearly 19 percent for December over the same period a year earlier. That compares to Clark County’s slight loss of just under 1 percent in the same period.

Gaming revenue in December for Nye County casinos was just over $4.4 million, an increase of 18.61 percent over the prior year’s more than $3.7 million for the period.

The less than 1 percent decrease in Clark County is the third month of declines for the area.

Since October 2017, the gaming revenue percentage decreases for each month until the end of the year have been below 1 percent, except for November, which had a 3.21 percent decline in revenue over the same period a year earlier for Clark County.

The picture is looking positive for Clark County going forward in 2018, as visitation increases and convention traffic will fill in remodeled hotel properties that were unavailable through a majority of 2017, a Jan. 31 report in the Las Vegas Review-Journal stated.

“With the positive economic indicators that the state has been recording along with positive national economic trends, continued modest growth seems attainable,” said Michael Lawton, senior research analyst for the gaming control board’s tax and license division, in the Review-Journal’s report.

Statewide totals were up for the month of December with an increase of 0.44 percent in gaming revenue, as compared to the same period a year earlier. Gaming revenue for all casino operators in the state was $960 million.

Nye County casinos saw most of their December increases in gaming win in table games such as blackjack and card games, along with other games including bingo. In the games and table games category, of which these game types are a part, Nye gaming operations saw a combined average increase of more than 62 percent in revenue in December over the same period a year earlier.

Slot machines saw an increase of 16.5 percent for December when compared to a year earlier.