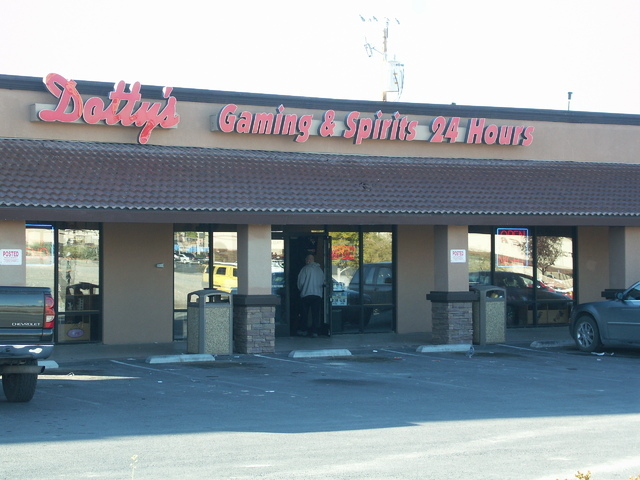 Nye County does not appear interested in following the same path as their neighbor to the east in pursuing tighter tavern regulations.

But in Nye County, Licensing and Liquor Board Chairman and County Commissioner Butch Borasky doesn’t have any appetite to impose similar regulations here.

“Something like that, I don’t think any of my fellow commissioners have an appetite for going after small business,” Borasky said.

Dotty’s has three locations in Pahrump, including the old Benderz Bar at 3610 S. Highway 160, which opened last March. Each location has 15 slots.

Mike Eide, Dotty’s chief operating and financial officer, said Monday the company does “not believe anything will occur in Pahrump.”

Golden Gaming did not return a request for comment by press time Tuesday. However, Borasky said he doesn’t believe commissioners would be “interested in beating up on Dotty’s to help the bigger casinos.”

“What’s all is fair in love and war whether they’ve got five machines or 500 machines,” Borasky said. “They’ve all got to fight for it. That’d be my position on that. I don’t see anything coming up on the agenda and I don’t think anybody’s asked us to put something on the agenda.”

Golden Gaming attorney Sean Higgins told the Clark County commission that the regulation changes there “levels the playing field and requires people who are operating slot parlors to operate a true business other than gaming.”

Gaming laws require that revenue from slot machines in restricted locations that have up to 15 machines must be incidental to the business’s primary purpose. The definition of incidental has been left open, and most Dotty’s locations make more than half of the revenue from gaming.

The new Clark County ordinance requires taverns to operate a full-service kitchen and embed more than half of the location’s slot machines into a bar top. If that requirement isn’t accomplished, the taverns must show that slot machine revenue is 50 percent or less than other revenue.

If a tavern is unable to accomplish at least one of those requirements, it must reduce the number of slot machines from 15 to seven. The ordinance is effective immediately for future tavern applicants.

Dotty’s business model, which offers a simple food and beverage selection with 15 slot machines, has come under scrutiny, with critics contending it’s more a slot parlor than a tavern with incidental gaming.

Dotty’s has 120 taverns in Nevada, 80 of them with 15 slot machines apiece. The changes affect 25 of the 28 Dotty’s locations in unincorporated Clark County.

The company has estimated it would cost $10 million to comply with the Clark County ordinance.