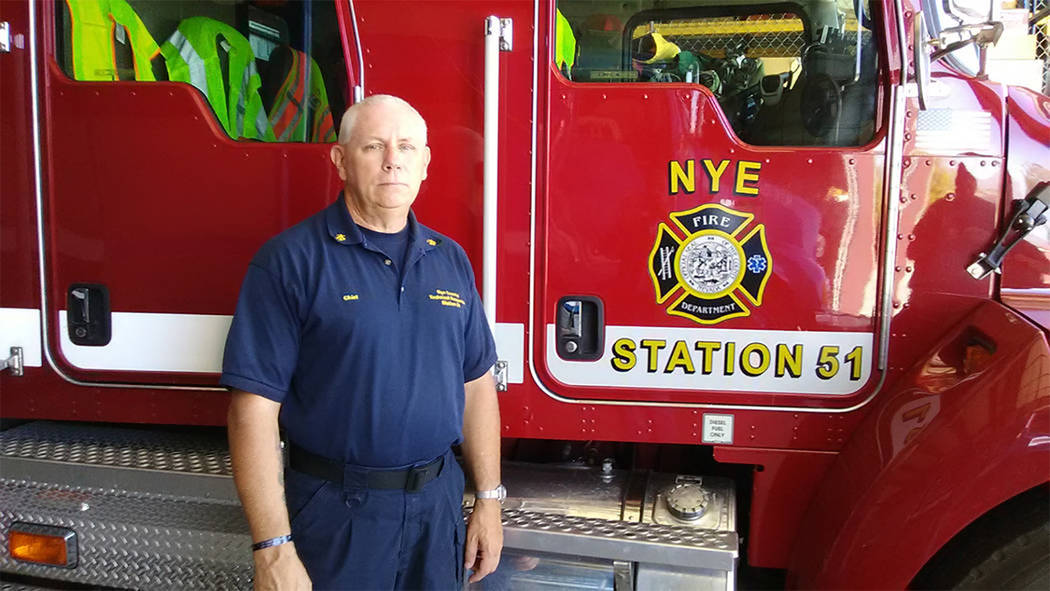 Division Chief Rich Flanagan said he’s looking to recruit motivated men and women who are looking to earn extra income, all the while getting trained in numerous areas of wildland firefighting.

“They will receive all of the training and equipment from Station 51, all for free,” he said. “The qualifications include being at least 18 years of age, pass a drug test, along with a physical, and then we provide them with all of the guidance that they need for the training that has to follow.”

Flanagan noted that all of the training is self-paced and completed online through the National Wildland Fire Council.

“There are three different courses that you have to complete,” he noted. “Once you successfully complete those, you get your certificates and everything else.”

“That involves walking three miles with a 45-pound pack on for 45 minutes,” Flanagan said. “Usually the pack test comes earlier in the year, but since we’re trying to catch up now, there are ways that we can work around that, such as doing it in the evening when it’s not so hot. After they perform the pack test and pass that, we show them how to use hand tools and how to cut a fire line. We also issue a red card which shows that they have met all of the training requirements. When you show up at a fire and check in with the command, they usually ask to see what your qualifications are and whether you have met all of the training requirements.”

Flanagan noted that once an individual has passed the training, they are put on a list for on-call duties, which could last for several weeks at a time, once called out.

“One of these wildland fires could be at least 23 days or even more, depending on the type of fire because of the different classifications of fires,” he said. “For your Type-1 and Type-2 fires, you can end up at a base camp where you are actually camping out and they will supply you with your food and the resources that you will need. Once in awhile, they will put you up in a hotel, depending upon the classification of the fire.”

Additionally, Flanagan said the position is best suited for those who have the time and the means to become a wildland firefighter.

He also noted that the pay is commensurate to the work involved.

“I went to a wildfire last year for a total of about six days,” he recalled. “I went out there as a regular firefighter, not as a chief, and the feds paid me $2,600 for six days’ worth of work. I do need to say that those six days of work are 12 to 14-hour days, so that’s why we are opening this up to high school seniors and teachers who are looking to make a few extra dollars during the summer.”

Flanagan also spoke about additional opportunities for those who can meet the qualifications and pass all of the training.

“This kind of training would be perfect to put on your resume for any type of job that you’re going out for,” he said. “If this is something that you are really interested in, you can take this on and maybe later get in with BLM or the Nevada Division of Forestry, who hires seasonal and permanent people. There are opportunities with this to move on to bigger and better things, but you really need to be physically fit in order to do this kind of work.”

Depending on what the situation involves, Flanagan said the work can be as simple as just cleaning up a fire watch or something much more challenging, such as scaling steep, hilly terrain.

“Last year we went out on two wildfires but we are actively involved with the Nevada Division of Forestry, who is helping us out with this,” he said. “They expect us to run a lot more this year. Again, all of the training is completed online and you work at your own pace. The sooner you get your certificates, the sooner we can get you up to speed. A lot of the firefighters can’t deploy for 23 days because obviously, they have their jobs that won’t allow them to stay out that long.”

To get the process started, visit the Nye County Emergency Management complex at 1510 E. Siri Lane.