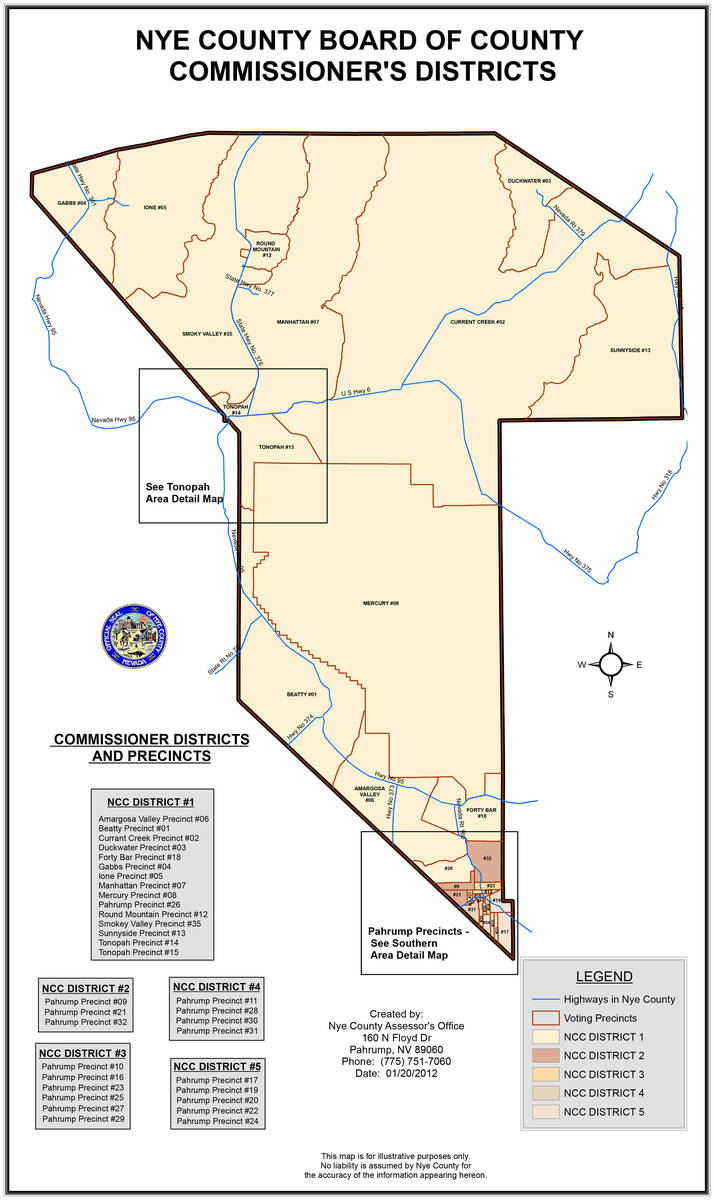 Special to the Pahrump Valley Times This map shows the current district boundaries for each of the Nye County Commission districts. These boundaries are set to be redrawn as a result of the 2020 Census. 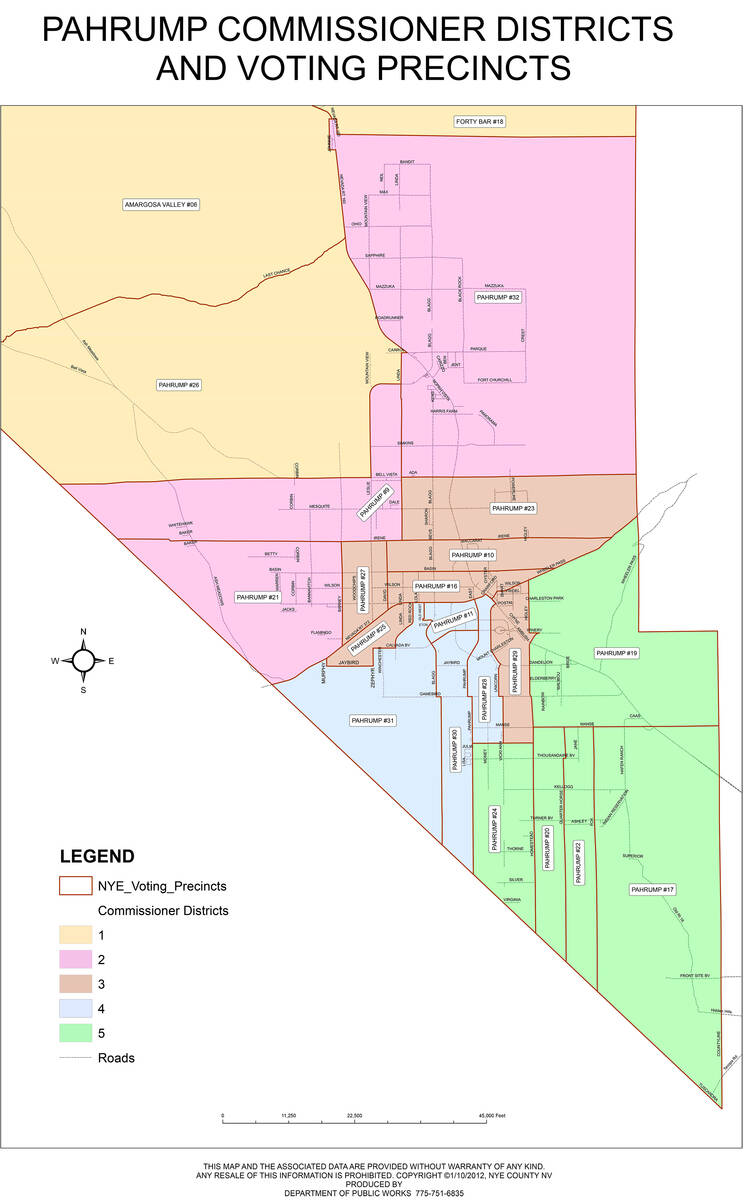 Special to the Pahrump Valley Times This map shows more detail on the borders of the four Nye County Commission districts in Pahrump, which are set for redistricting before next year's election cycle.

The 2020 census also took place amid the public health crisis and though the pandemic may have overshadowed the census somewhat, workers with the U.S. Census Bureau were nonetheless able to successfully engage in the nationwide process mandated by the U.S. Constitution. Now, the population counts from the 2020 census are officially in and the redistricting of elected district boundaries can begin.

One of the most important results of the decennial census is the effect it will have on political representation, with the district boundaries for everything from members of Congress down to local school boards to be scrutinized and adjusted to account for any population shifts that might have been identified by the 2020 census.

Right here in Nye County, the borders of the Nye County Commission districts one through five and the Nye County School District Board of Trustees areas I through VII are set to see some alteration. In order to facilitate that process, Nye County is now actively seeking members for a committee focused solely on the redistricting effort.

“The Nye County Board of County Commissioners is accepting applications for 11 members to be appointed to the Redistricting Advisory Committee,” an announcement from Nye County reads. “The committee will be responsible for redistricting Nye County according to the 2020 census results.”

Due to the delay in the release of the 2020 census results, Nye County is running up against a deadline, as the new district boundaries must be redrawn in time for the next election.

Therefore, commissioners are looking to have the committee member seats filled as quickly as possible and those interested in applying for a seat only have a few days to get their application in.

All applications must be submitted no later than noon on Wednesday, Sept. 29. Applications can be obtained by visiting the Nye County Administration Office at 2100 E. Walt Williams Drive in Pahrump or 101 Radar Road in Tonopah. They can also be obtained by emailing nyeadmin@co.nye.nv.us or by calling 775-751-7075.

The new districts will go into effect next year and local voters will want to be sure to check whether their district has changed at all as a result of the redistricting, as the 2022 election cycle will include elections for both Nye County commissioners and Nye County School Board members.