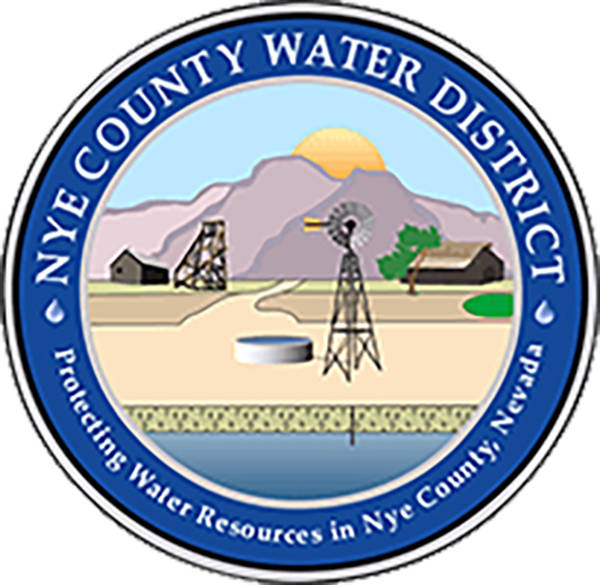 Special to the Pahrump Valley Times Residents of the Amargosa/Beatty area and the Currant Creek/Smoky Valley area are encouraged to apply for a seat on the Nye County Water District board. 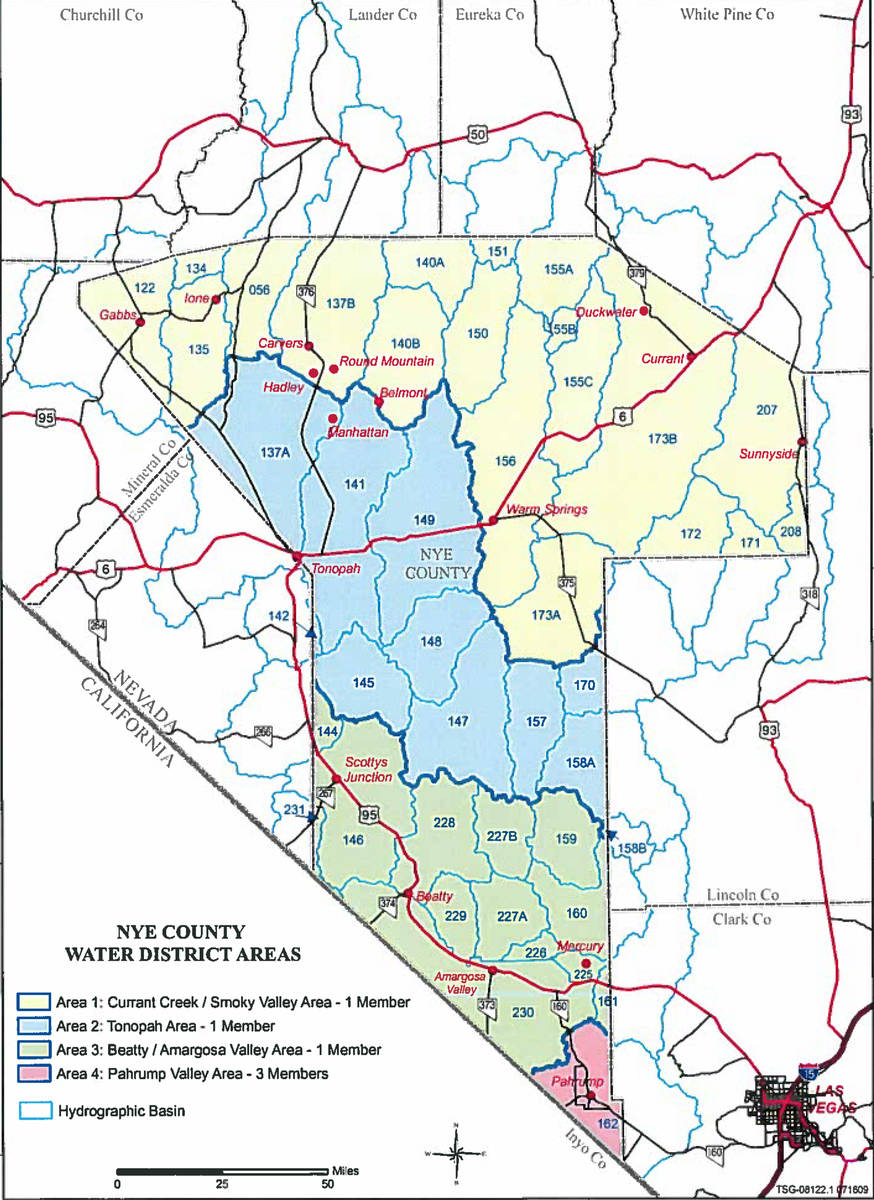 Special to the Pahrump Valley Times This map, provided on the Nye County Water District's website, shows the boundaries of each of the water district areas.

Nye County is located in the driest state in the nation and it should come as no surprise to anyone that locally, water concerns are an ever-present topic of discussion, and one that often prompts heated debate and outright argument as residents and officials wrangle over the area’s most important resource.

With water issues a subject of such intense interest, in 2007 the Nevada Legislature, at the request of Nye County, approved the establishment of the Nye County Water District Governing Board. Its mission is to, “Provide, protect and preserve water resources in Nye County.”

The board is made up of seven seats with representatives appointed from all across the county and for those who want to lend their own knowledge and perspective to the local water situation, there is now an opportunity to do so. There are currently two vacancies on the Nye County Water District Governing Board, giving residents of the Amargosa and Beatty area as well as the Currant Creek and Smoky Valley area the chance to submit their application for consideration for one of the two appointments.

The positions do come with some restrictions, and the applicant, or anyone related to the applicant within the third degree of consanguinity or affinity, must not be affiliated with a private utility that is regulated by the Public Utilities Commission of Nevada.

“The duties and responsibilities expected of board members can be reviewed in the Governing Board Bylaws document found in the Helpful Links/Governing Board section of the water district website at nyecountywaterdistrict.net,” the announcement details. “Please submit a letter of interest and resume qualifications by mail to Nye County Water District, 2101 E. Calvada Blvd., Suite 100, Pahrump, NV 89048 or email to clbehrends@co.nye.nv.us no later than 4 p.m. on Friday, July 30, 2021. No applications will be accepted after that date.”

As outlined on the water district’s website, the water board is currently working on four major efforts, including defining alternative approaches for the management of local water resources, defining the groundwater and surface water resource conditions, developing long-term sustainability plans and evaluating and mitigating environmental impacts associated with resource use.

Members receive $80 in compensation for each meeting attended, and reimbursements for mileage, meals and lodging are also paid based on existing Nye County policy.