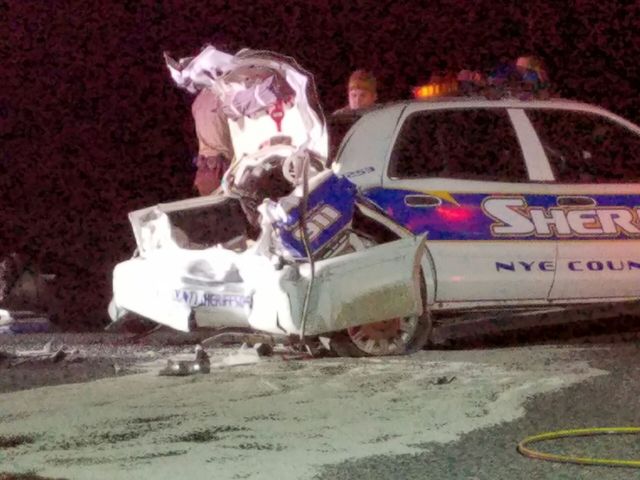 A Nye County Sheriff’s deputy suffered minor injuries Christmas evening after his patrol car was rear-ended by a motorist. A third vehicle trying to avoid the scene struck the citizen’s vehicle. Special to the Pahrump Valley Times

A Nye County Sheriff’s Office deputy was injured over the weekend after his vehicle was struck by a motorist.

On Christmas evening a sheriff’s deputy’s patrol car was rear-ended on North Highway 160 and Irene Street by a driver while waiting for traffic.

According to the sheriff’s office, a third vehicle trying to avoid hitting the patrol car ended up striking the truck that rear-ended the deputy’s vehicle.

The deputy was transported to Desert View Hospital with minor injuries and was released later Sunday night.

The Nevada Highway Patrol is overseeing the crash investigation.