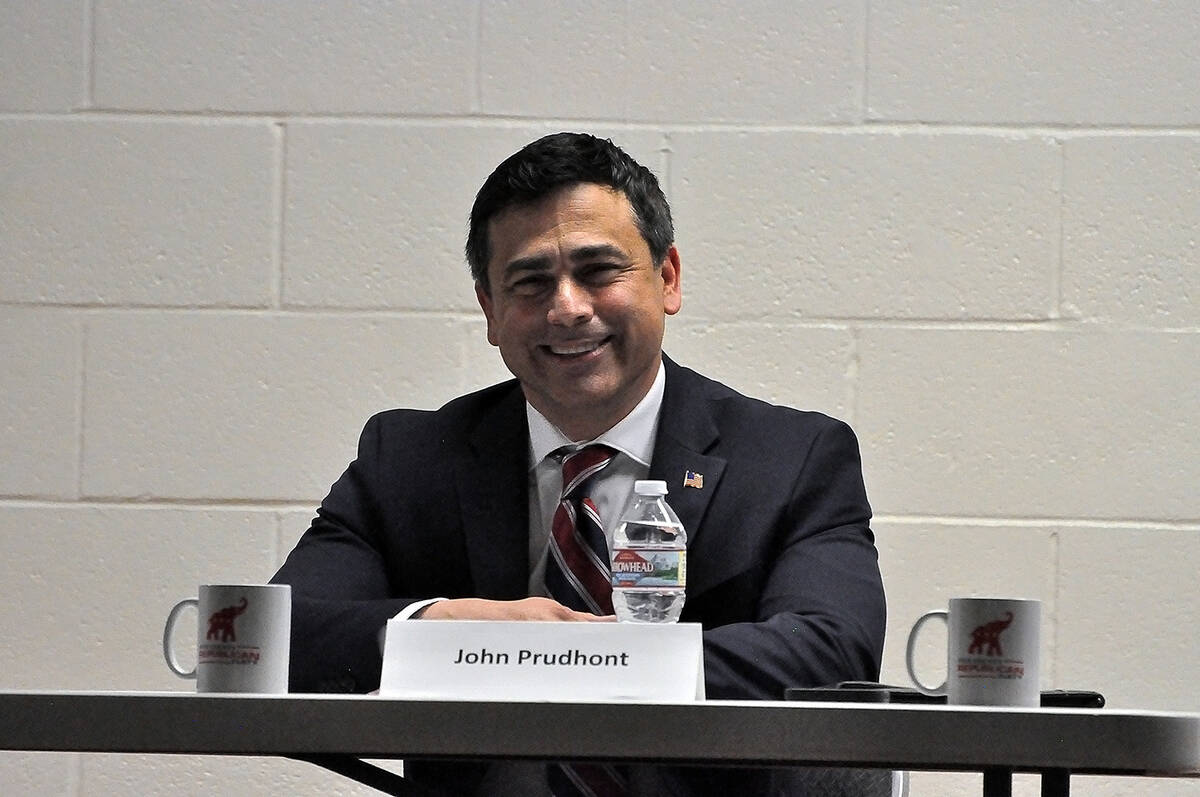 It comes amid the abrupt resignation of Nye County Treasurer John Prudhont, who sent an email to county commissioners on Saturday saying he was quitting the job, effective immediately.

Prudhont cited widespread “corruption and sabotage” as his primary reason to step down.

Deputy treasurers in the office are currently being investigated by multiple agencies for malfeasance and nonfeasance, he said. Prudhont added he’s trying to distance himself from a job that has become nearly impossible to do.

“I’m done with the corruption,” he told the Pahrump Valley Times on Monday. “I’m done being around it.”

Prudhont was appointed to the county treasurer’s position in January 2019, and said monthly financial statements filed by his department since that time have never been correct. Petty cash statements regularly aren’t reconciled in the department, he added, noting a number of other accounting problems that pre-dated his tenure.

“I ran for office on the idea that I was going to fix the problems,” Prudhont said.

Instead, Prudhont said he’s suffered “an incredible amount of blowback and hostility” from staffers at the office.

The state of Nevada placed Nye County under “fiscal watch” in 2019, after finding a number of questionable accounting practices. During his tenure, Prudhont worked to strengthen internal controls in the county treasurer’s office, and in February 2021, the state released the county from its purview.

While Prudhont said he made attempts to improve morale and office work culture, he told the Pahrump Valley Times that he was often obstructed from doing his job by staffers and the union which supports them.

“[Staff] can actually create an environment where the work that needs to be done doesn’t get done — and the union will support [staffers],” he said. “Unions serve a purpose, but they can also be used as a weapon.”

Prudhont’s resignation comes just two months before the June 14 Nevada primary, where the Republican incumbent is set to face Republican challenger Raelyn Powers, who fomerly served as chief deputy treasurer in the office and is currently under multiple investigations for alleged wrongdoing.

On Monday, Nye County commissioners convened in a special-called session at their chambers in Pahrump to fill the position of Nye County treasurer until the primary election.

In a 4-0 vote, they appointed Kampf, a retired certified public accountant and businessman, who is also running for the position of Nye County clerk.

“There’s a lot that needs to be done in a short period of time,” Kampf said in his interview with commissioners. “I believe the employees of the county need someone to encourage them, to give them support in a difficult time…

“I’ve got pretty tough skin,” Kampf added, noting the challenges that come with the position. “I’m willing to step up and take that risk.”

The county treasurer is responsible for maintaining county finances, including administering payroll, among other duties.