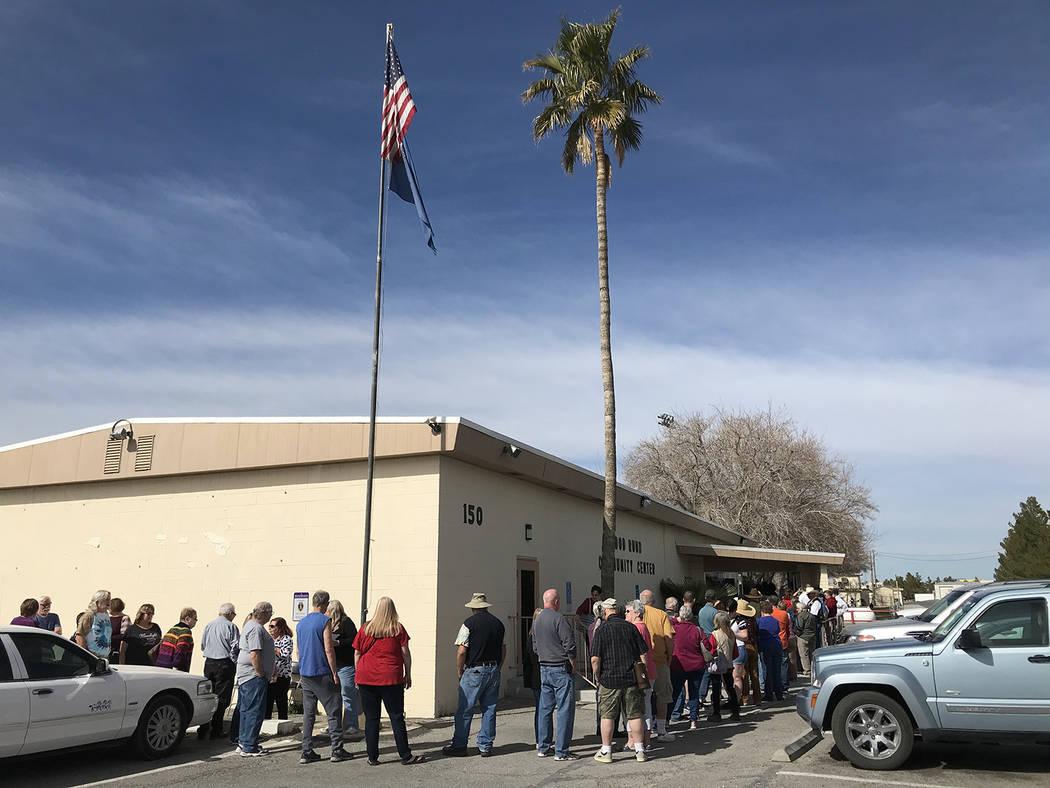 Robin Hebrock/Pahrump Valley Times On Saturday, Feb. 15 the Bob Ruud Community Center was slammed with residents eager to participate in the Nevada Democratic Caucus early voting period, with lines wrapping around the building. In total, nearly 1,100 voters were estimated to have cast their presidential preference ballots over two days of early voting in Nye County. 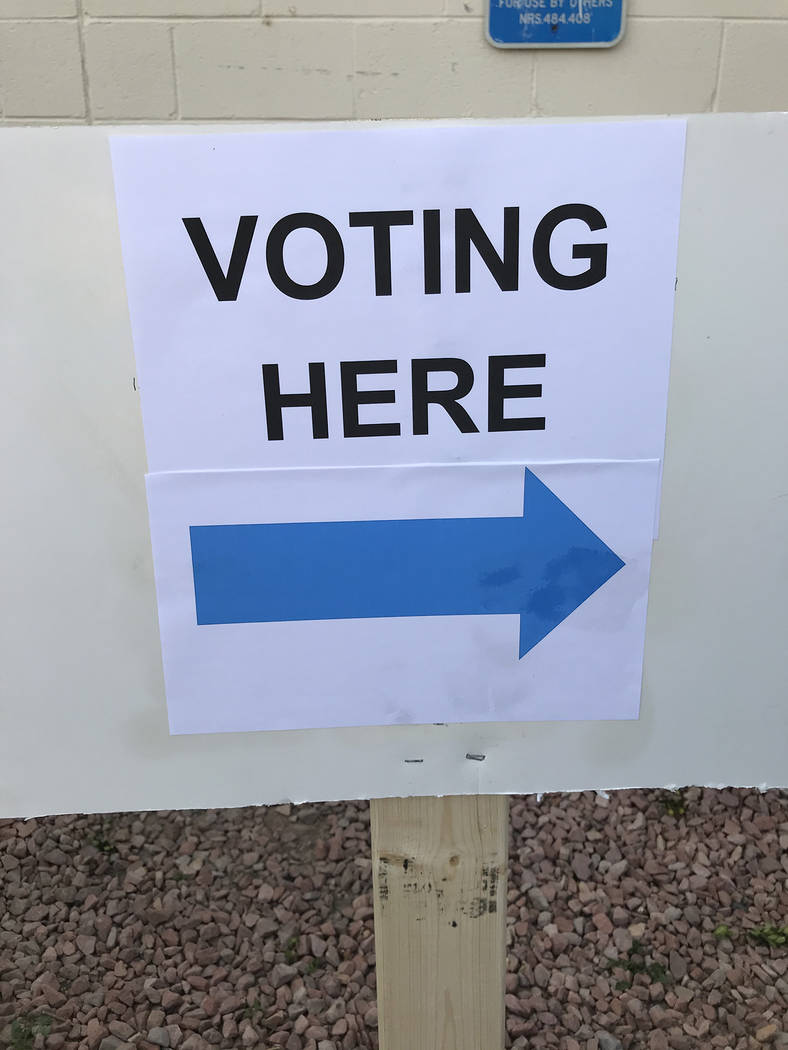 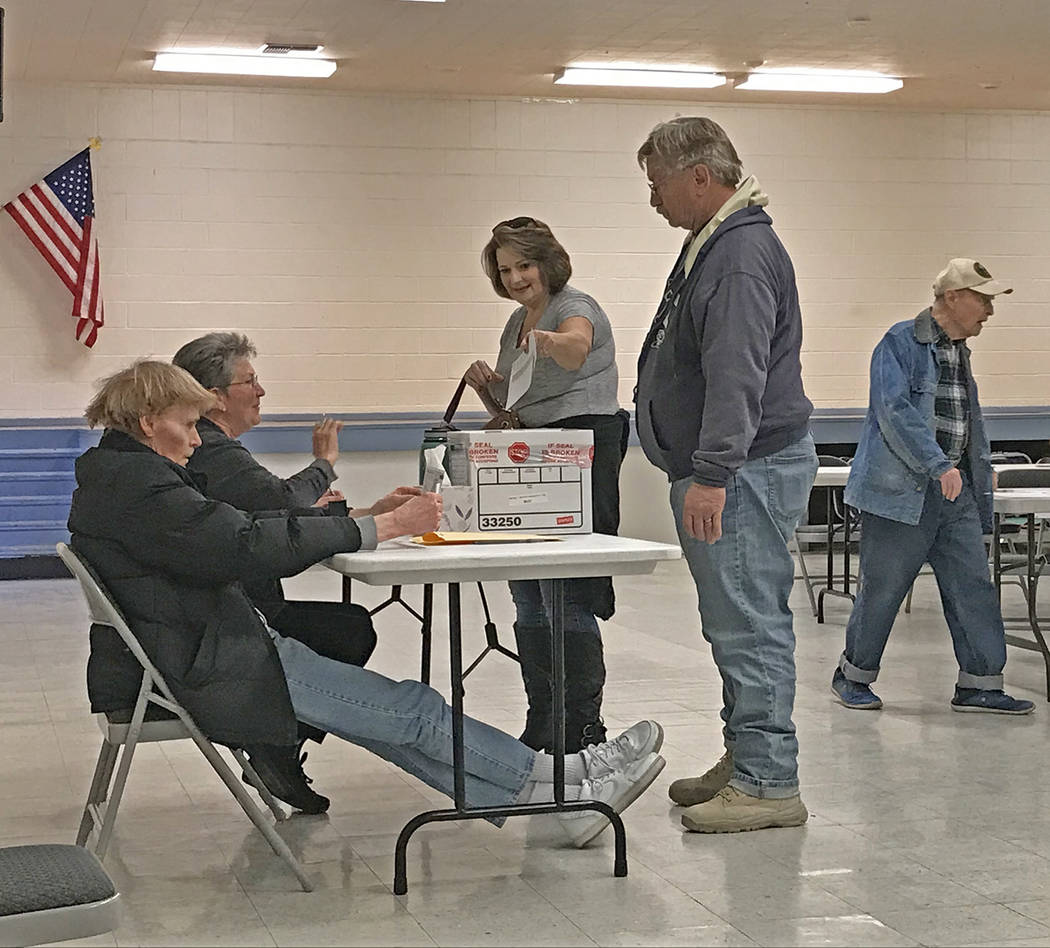 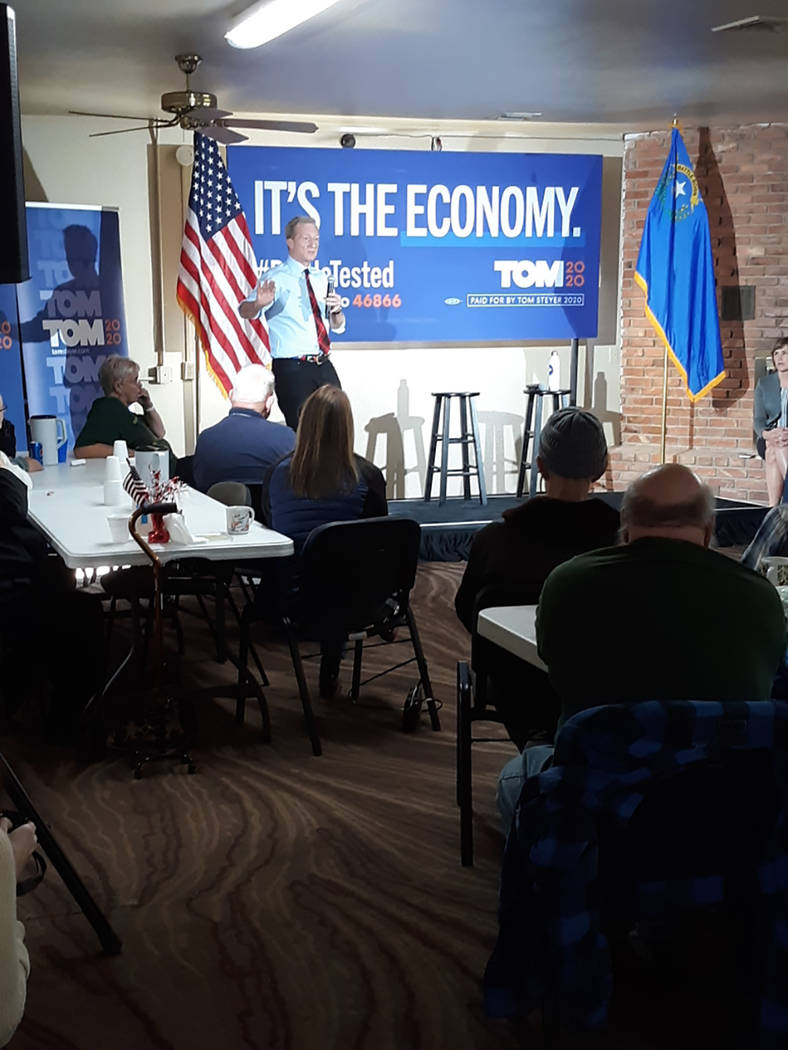 For the first time ever, the Nevada Democratic Party made the decision to expand its caucus process by including early voting this year and residents from all across the state turned out in droves to participate, with long lines reported at many of the early voting locations throughout the Silver State.

In Pahrump, early-vote caucus-goers showed up by the hundreds, with an estimated 1,039 presidential preference ballots cast at the Bob Ruud Community Center over Nye County’s two days of early voting. When counting the ballots cast in Tonopah, Beatty and Amargosa, the total for Nye County’s early vote turnout was estimated at 1,080 residents, with more than 200 of those being voters newly registered at the early vote sites.

Nye County Democratic Central Committee Chair Kelly Fitzpatrick stressed that these numbers are preliminary and not yet official, as steps must be followed to verify the newly registered voters and the ballots cast by all before official numbers can be reported.

For the state overall, a news release from the Nevada Democratic Party detailed a total of nearly 75,000 Nevadans took to the polls throughout the four-day early voting period, a large amount of which were reported to be first-time caucus participants.

“NV Dems made history as the first and only caucus state to include in-person early voting this election cycle to accommodate those unable to attend on Caucus Day this Saturday,” the news release stated. “From Feb. 15 through Feb. 18, Democratic voters were able to participate at any location within their county at more than 80 locations across the state…”

The Pahrump Valley Times caught up with Nye residents during caucus early voting.

One person standing in line to vote on the last day of caucus early voting was Lucille Piper, a 25-year resident of Pahrump.

“I would like to take a little bit of every one of the Democratic candidates and find one person that has it all, but that’s not going to happen,” she said. “I like the women candidates, because I would like to see a woman president for a change. I like Amy Klobuchar, but I also like Joe Biden, because I’ve been with him for many years and I know all about him. I have watched him over the years and he might be my second choice. As far as the billionaires on the Democratic ticket, I don’t like Michael Bloomberg, but I do like Tom Steyer.”

Though Piper expressed her dislike for the current commander-in-chief, she believes President Trump may have the wherewithal to win a second term.

That same conclusion was reached by Pahrump resident Fred Slaughter, who was also standing in line waiting to take advantage of early voting.

“I like Tom Steyer because he seems like a very intelligent, caring person and I think he would do the job very well,” he said. “My second choice would be Bernie Sanders, and Amy Klobuchar would be my third choice. I really don’t think so much of Michael Bloomberg. I don’t dig those New Yorkers very well. As far as the current president, I think he is horrible. That’s blunt enough isn’t it?”

With less than 72 hours to go before Caucus Day on Saturday, Feb. 22, one candidate vying for the Democratic presidential nomination, Tom Steyer, stopped by Pahrump for a last-minute visit with area residents.

Fitzpatrick said Steyer made a special trip to the Pahrump Senior Center the evening of Wednesday, Feb. 19, with approximately 80 people in attendance.

“Anne did a fabulous job putting that together with such short notice,” Fitzpatrick said, referring to Pahrump Senior Center Site Manager Anne Blankenship-Harris. “It went really, really well and she definitely deserves kudos for doing such a great job.

“Tom Steyer answered questions from the audience and had a ton of swag out front,” Fitzpatrick continued. “He talked about Yucca Mountain, water rights and a lot of the other issues going on here in the valley and all of Nye County. He is a wonderful speaker. The people who attended were incredibly interactive with him. He had a full line of people for pictures afterward. We were very excited to have him here.”

Fitzpatrick said she is also quite excited by the recent momentum the Nye County Democrats have been experiencing and she wants to seize on that momentum to build the party’s presence throughout the entire county. To that end, she said the Nye County Democratic Central Committee is going to start holding meetings in the Tonopah area as well as Pahrump. Look for details on times and dates in a future edition of the Pahrump Valley Times.

With early voting now behind them, Nevada Democrats are turning their attention to the next big event for the party, Caucus Day.

Scheduled for Saturday, Feb. 22, Caucus Day will kick off at 10 a.m. for registration and the precinct caucuses are set to be called to order at noon. Those wishing to participate on Caucus Day must do so at the caucus site selected for their specific precinct.

In Pahrump, there are several sites for Caucus Day.

For the rest of Nye County, precincts 6 and 18 will caucus at the Amargosa Community Center, 821 E. Amargosa Farm Road.

Beatty precincts 1 and 8 will head to the Beatty Community Center, 100 A Avenue South.

Duckwater Elementary School, 2 Duckwater Road, will be the site for voters in precincts 2, 3 and 13.

Precincts 4 and 5 will caucus at Gabbs Elementary School, 511 E Ave.

In Tonopah, precincts 14 and 15 are set to express their preference for the Democratic presidential nomination at Tonopah High School, 1 Tennant Drive.

For more information on the Nevada 2020 Democratic Caucus visit www.nvdems.com