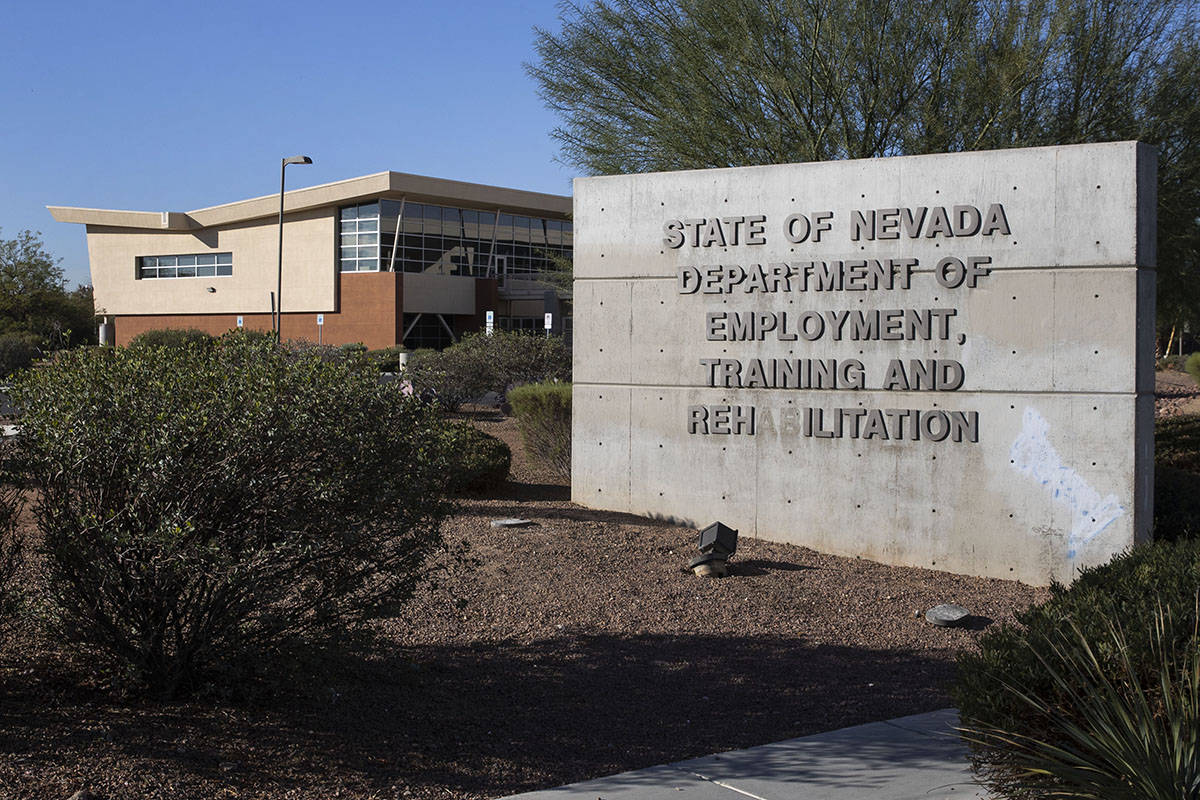 Bizuayehu Tesfaye/Las Vegas Review-Journal The State of Nevada Department of Employment, Training and Rehabilitation Center is photographed, on Thursday, Nov. 12, 2020, in Las Vegas.

In Nye County, unemployment rates decreased by 0.1 percentage points in May from the prior month, from 6.2% to 6.1%, respectively. These numbers, not seasonally adjusted, are much lower than May 2020 when rates hit 16.2% in Nye during the height of the pandemic.

Decreases in unemployment rates occurred across the state in May except in Pershing County and neighboring Esmeralda County. Pershing increased by 0.1 percentage points in May over April, with Esmeralda experiencing an increase of 0.2 percentage points.

Clark County’s unemployment rate has seen major decreases since May 2020 when its rate sat at 28.1%. That equates to a drop of 19.2 percentage points.

In the state’s three major metropolitan areas, unemployment rates, not seasonally adjusted, varied in May: 8.9 percent in the Las Vegas area, 4.5 percent in Reno, and 5.0 percent in the Carson City area.

“In Nevada’s counties the lowest unemployment rate was in Eureka County at 2.2 percent,” DETR said in a press release.

Also, since May 2020, all of the state’s 17 counties have seen a decrease in their unemployment rates. As part of DETR’s data, Carson City is counted as a county.

The annual decreases across the state have ranged from 2.1 to over 19 percentage points, according to DETR’s data.

This report was based on data from DETR’s Research and Analysis Bureau.

“A part of DETR, the Bureau is responsible for creating, analyzing, and reporting Nevada’s labor market information in cooperation with the United States Bureau of Labor Statistics,” DETR states in its release.