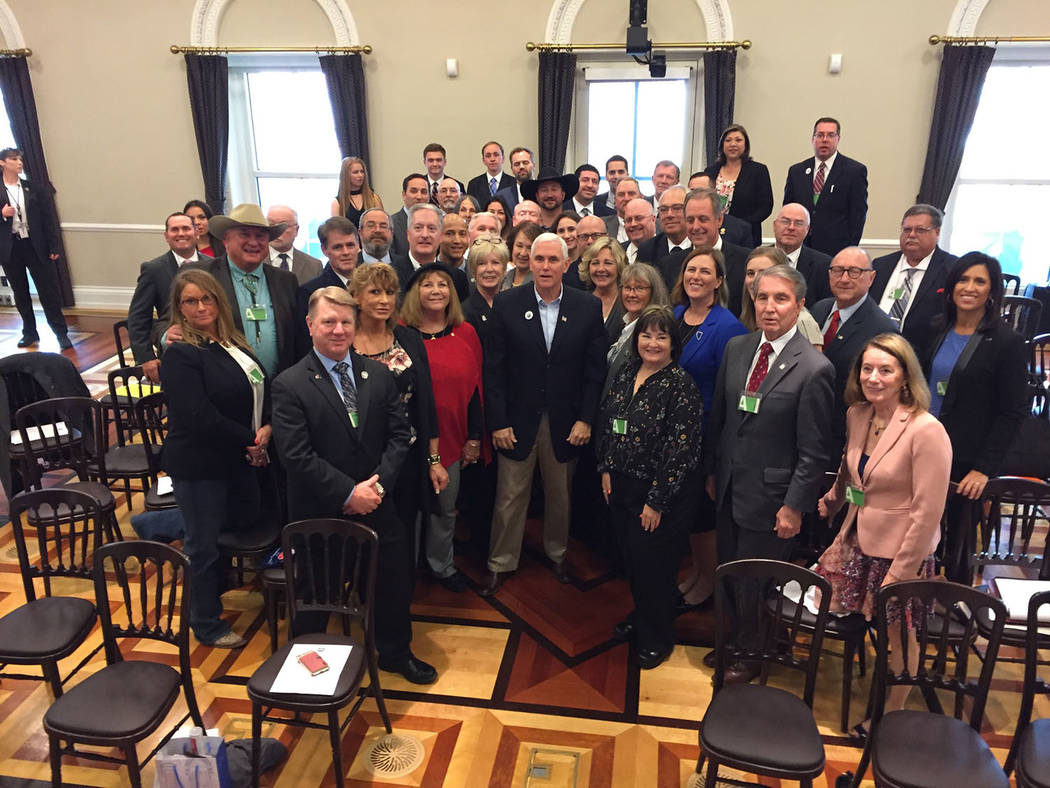 Special to the Pahrump Valley Times The trip, which included a visit with Vice President Mike Pence, was in response to an invitation from the Office of Intergovernmental Affairs for a tour of the White House, the county announced. 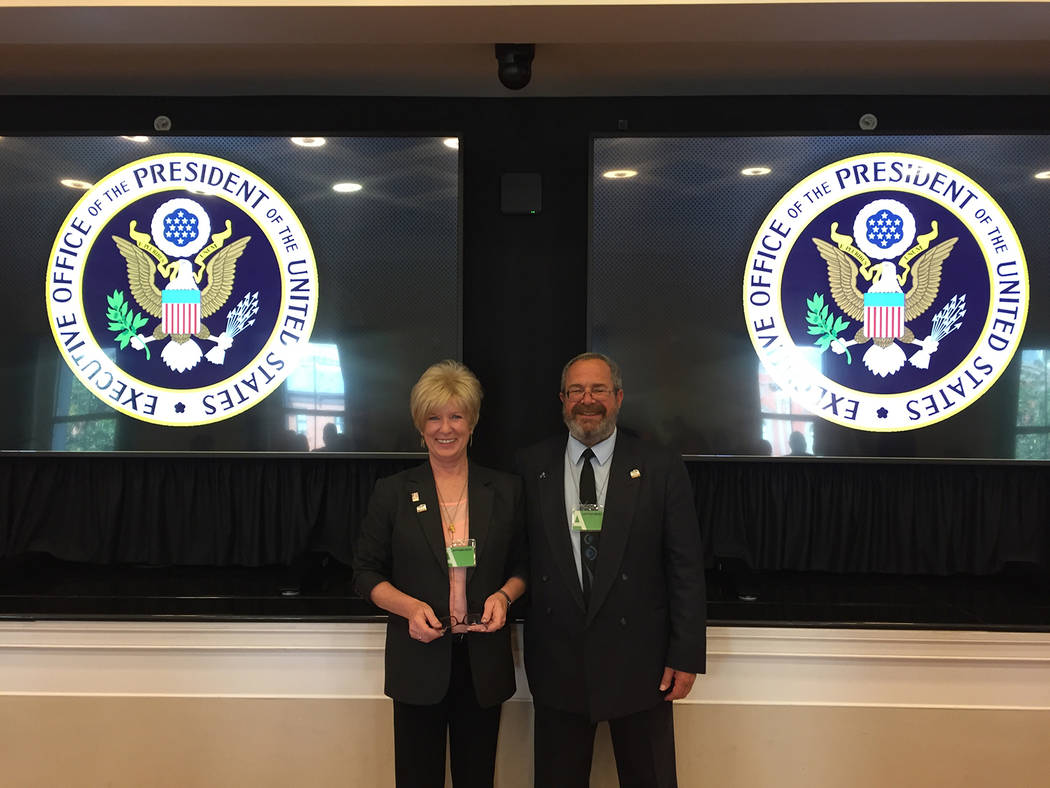 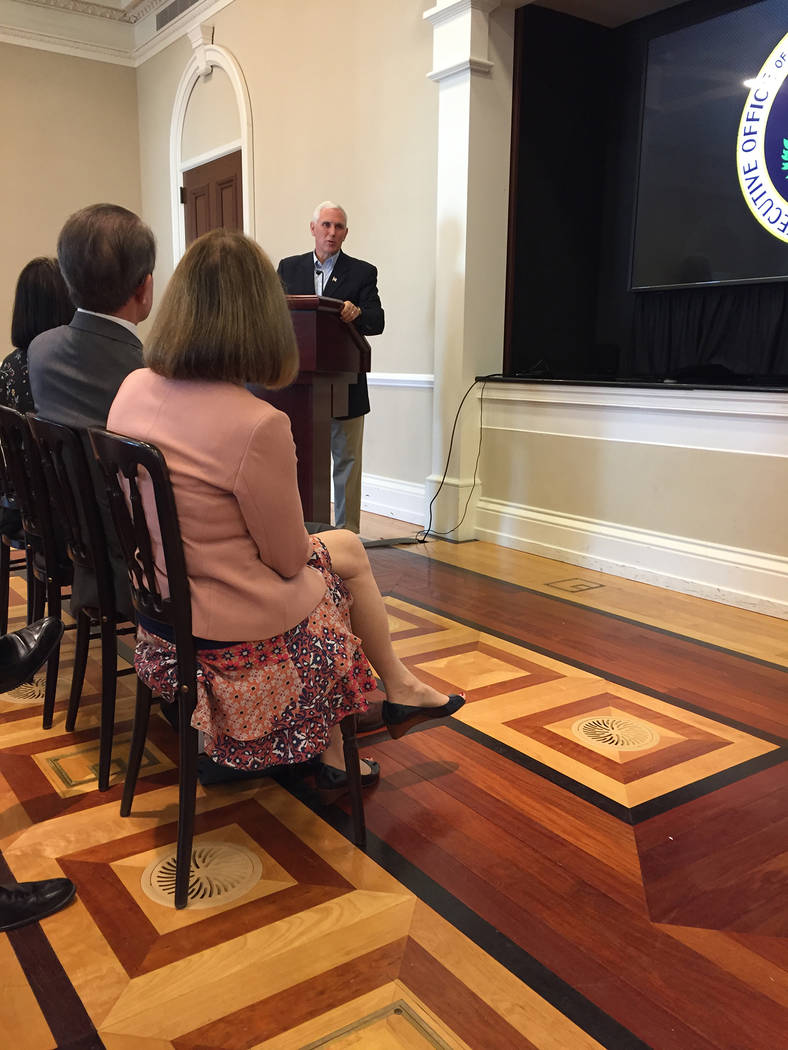 Last week’s trip was in response to an invitation from the Office of Intergovernmental Affairs for a tour of the White House, the county announced.

This was followed by a briefing in the Eisenhower Executive Office Building on Nov. 3.

As stated in the invitation; “The purpose of this event is to develop a working relationship between the White House/Federal Agencies and the County Commissioners and Legislators of Nevada.”

After a morning tour of the White House, the group gathered at the Eisenhower Executive Office Building for the briefing where they were hosted by Billy Kirkland, the special assistant to the president and deputy director of intergovernmental affairs.

The group was presented with the priority actions of each of the departments and encouraged to share solutions with each of the offices, the county said this week.

Also taking place was a discussion with the Deputy Chief of Staff Rick Dearborn and a visit with Pence, the county said in its statement providing details on the trip.

Following the briefing, the group was provided contact information for the departments represented as well as additional resources to improve the channels of contact with our federal partners in government.

The evening before the White House briefing, the representatives from Nevada were hosted by the National Association of Counties and provided the platform issues selected by their membership.

The Nevada group was briefed on the Trump administrations’ efforts to reform taxes, immigration changes, public lands issues and the opioid situation.

The group was joined by Dagny Stapleton, executive director of Nevada’s Association of Counties. Stapleton was in Washington D.C. to speak from the perspective of Nevada’s counties at the National Right to Counsel Consortium, hosted by the Department of Justice.