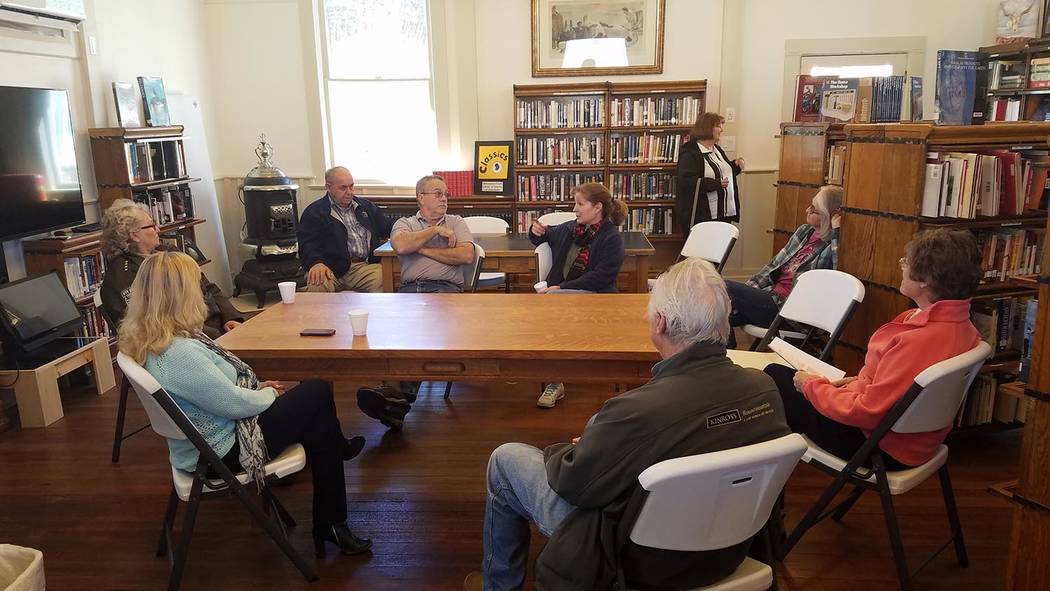 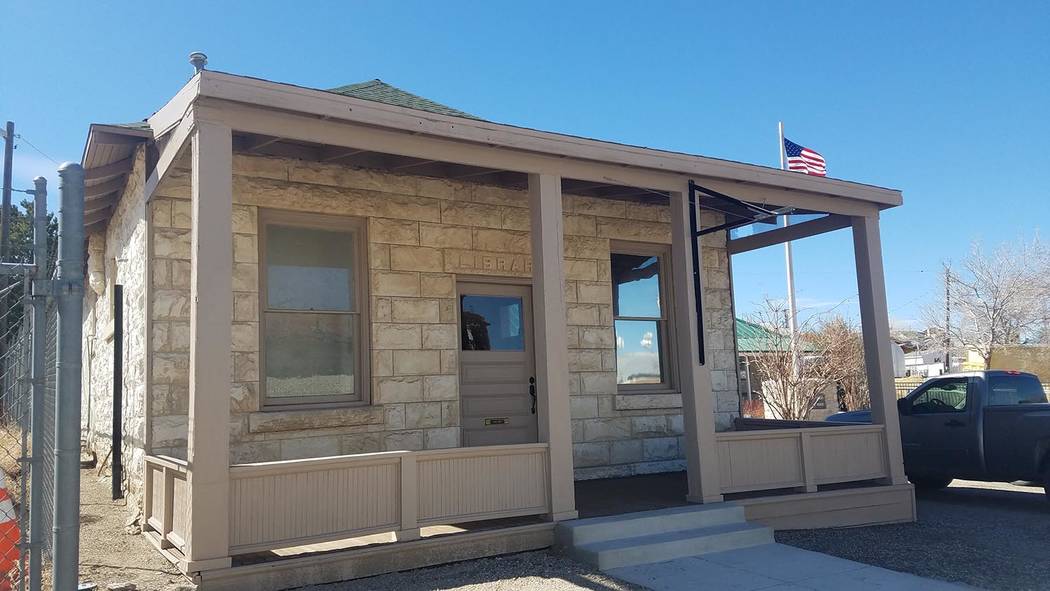 Borrowing from a popular program in in Pahrump, Nye County officials recently traveled to Tonopah for an effort that aims to gather community input.

“Coffee with the Commissioners/Donuts with the DA” offered an opportunity for locals to meet with Nye County Commissioner Butch Borasky of Pahrump, Nye County District Attorney Angela Bello and Sheriff Sharon Wehrly in the old historic library.

Ahead of the event, organizers encouraged residents to share ideas, discuss concerns and ask questions at the event that was free and open to the public.

Attendance was light at the community meeting on March 4, but those on hand got to speak to county leaders about numerous issues.

“When I was elected, I was elected as a Nye County commissioner, not a Pahrump commissioner,” Borasky said when asked about his traveling nearly three hours to Tonopah for the Saturday morning event. “I’ve always said that anybody who stays in Pahrump should be on the (now former) town board. The commission has got to take care of this whole county.”

“I’ve done my due diligence up in Manhattan and in all of these other projects,” he said. “With the water project, I spent I don’t know how many days with Oz (Wichman) working on that one. I have done different communities.”

“I don’t mind coming up to Tonopah,” Borasky continued. “I actually like it up here. I have gone to the (Central Nevada) Museum a couple of times and things like that. I have done as much as I could possibly do for people who are outside of my district. But again, we’re five commissioners, and we represent the whole county. We have to make decisions.”

“I don’t know how many millions of dollars on sewer infrastructure that we spent in Nye County and none of it in Pahrump,” Borasky added.

Among the issues discussed in Tonopah, Borasky said the “big draw right now” involves marijuana issues. “This marijuana stuff scares the living daylights out of me,” he said, adding that he was referring to recreational use of marijuana in Nevada.

“I do like the medical (use), but I knew it would lead to the other one,” Borasky said. “And now we’re going to have the other one (recreational).”

Borasky credits Bello with starting the “Coffee with the Commissioners/Donuts with the DA” effort. He noted the Tonopah event was the first time it had been held outside of Pahrump.

“Almost all of us say when we go into office, ‘I’m going to have an open door policy,’” Borasky said. “Well, she went a little past that and said, ‘I want to meet with the people on a regular basis.’ She came to me and said would you work with me on it as a commissioner, and we’ll do Donuts with the DA/Coffee with the Commissioners. That is how it all started. There’s been a mix of different commissioners involved.”

“I think Angela’s doing a fantastic job with it, talking to the public, covering a wide range of topics,” Borasky said. “When we can have the sheriff, too, it makes it a lot better because we can get her input. It gets a lot of questions answered and gets some conversations going to the public. That we are trying to attack and work on some of these things that they think that we’re ignoring.”

Bello said that she really enjoys “having a forum where I can meet face to face with people I represent.”

“These particular meetings have alerted me to a number of specific concerns by members of the public I would have otherwise been unaware of,” she said via email.

“They provide an opportunity for people to hear various (perspectives), to get information and have confusion or misinformation alleviated with respect to issues of interest,” Bello said.

“I just wish I could travel the county more and meet with more people more often. We are planning on holding at least one meeting in each of our towns throughout the county before summer’s end and I am really looking forward to that.”

Sheriff Wehrly described the “Coffee with the Commissioners/Donuts with the DA” as fun.

“I really thought that, maybe, there would be more people,” she said. “But I think the people that we had was a good cross-section. Everyone was very nice. They got to ask their questions, and I got to answer them.”

The event also gave the Tonopah a chance to showcase its old library, which was restored last year.

“Anything that we can do to promote the library,” Library Director Dianne Ryals said. “First and foremost, it’s a library. But we’re glad to be able to use it for this. That is really good thing for us, the town. Because it is drawing people in, little by little. We are getting people to realize that there is another building here that we can use for some event. We have several people lined up to use it for different things.”

David Jacobs is editor of the Pahrump Valley Times. He can be reached at djacobs@pvtimes.com