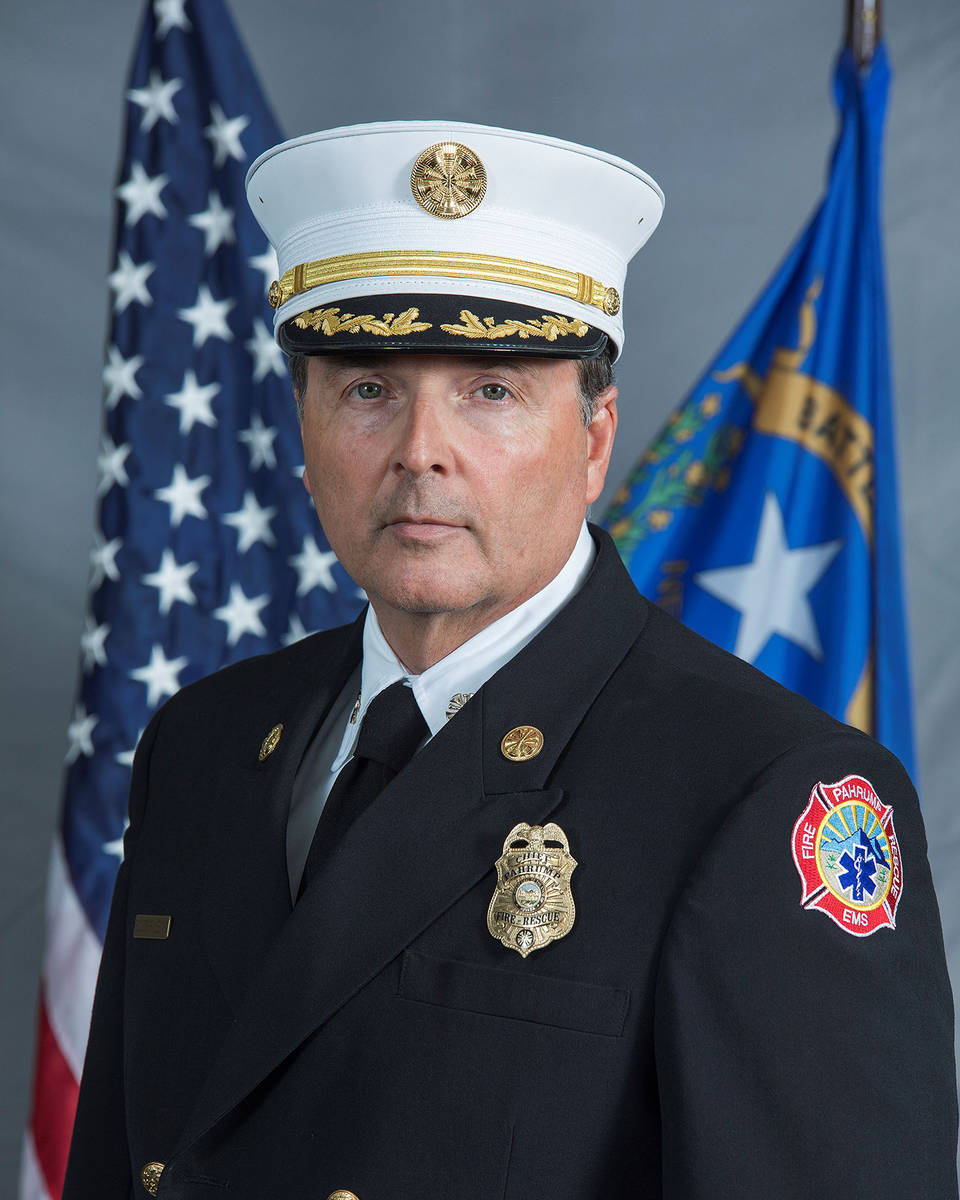 “Under Operation Warp Speed, the CDC today is convening to review two Emergency Use Authorization requests, one by Pfizer and one by Moderna,” Nye County Emergency Management Director Scott Lewis told the Nye County Commission during its Tuesday, Dec. 1 meeting. “We are expecting confirmation and we should expect distribution of a two-series vaccine under tier 1.”

Lewis explained that the vaccination process requires two steps, with an initial vaccine administered followed by a second round about 20 days later.

“We should expect those vaccines to be coming into Nye County most likely around the 10th of this month,” Lewis stated. “So as we speak right now, amounts of vaccine are in shipment to various places throughout the country, for strategic stockpiles. Once it’s approved, we have created through (Nye County) Emergency Management a plan for the distribution within the county.”

Tier I locations, which will be the first to receive the vaccine once approved, include Desert View Hospital, the Nye County health offices, all of the clinics throughout Nye County, the only skilled nursing facility in the county, each of the long-term and assisted living facilities, front-line public health offices and pharmacies, to include pharmacy technicians. Emergency responders such as fire and ambulance, law enforcement and the detention center, juvenile probation and any outpatient home health care providers are also included in tier 1.

“So our plan is in place for tier 1, including the hospital, and we are now preparing the final pieces of the puzzle for tier 2,” Lewis said, noting that tier 2 would include “essential community stakeholders”.

As for the general populous, they will be included in the tier 3 distribution plan.

Nye County Commissioner Leo Blundo asked how the community would be informed about the availability of vaccines when the time came and Lewis said there would be a robust, mass information distribution undertaken to ensure people are aware once the vaccine is available to the public at large. Blundo also questioned whether the public would have a choice as to which manufacturer’s vaccination they would prefer and whether there would be a price tag associated with receiving one. Lewis said people would have a choice on which vaccine they take and informed that there would be no cost.

Nye County Commissioner Donna Cox said she didn’t have a lot of information about the vaccine but she believed there was both good and bad to it. “That’s a personal decision you’ll have to make, as to whether you want to have the vaccination or not,” Cox commented.

Lewis agreed that there was indeed an absence of information but he hoped that would be remedied soon. “We are working closely with the state to have that happen, so we can make educated decisions for ourselves as to whether to be vaccinated. I think we’re going to see that in very short fashion,” Lewis replied.

Nye County Commissioner Debra Strickland said her main concern was providing the vaccine from Pfizer, which Lewis said would be used first as it was the first to be developed and submitted for emergency use, to the outlying areas of the county, because of the temperature requirement associated with storing that vaccine. Lewis said this would not be a problem.

“The minus 70 degrees needs to be maintained at the main distribution hub, which is in Las Vegas. Then once it comes into the county, we’ll have five days for administration,” Lewis explained.