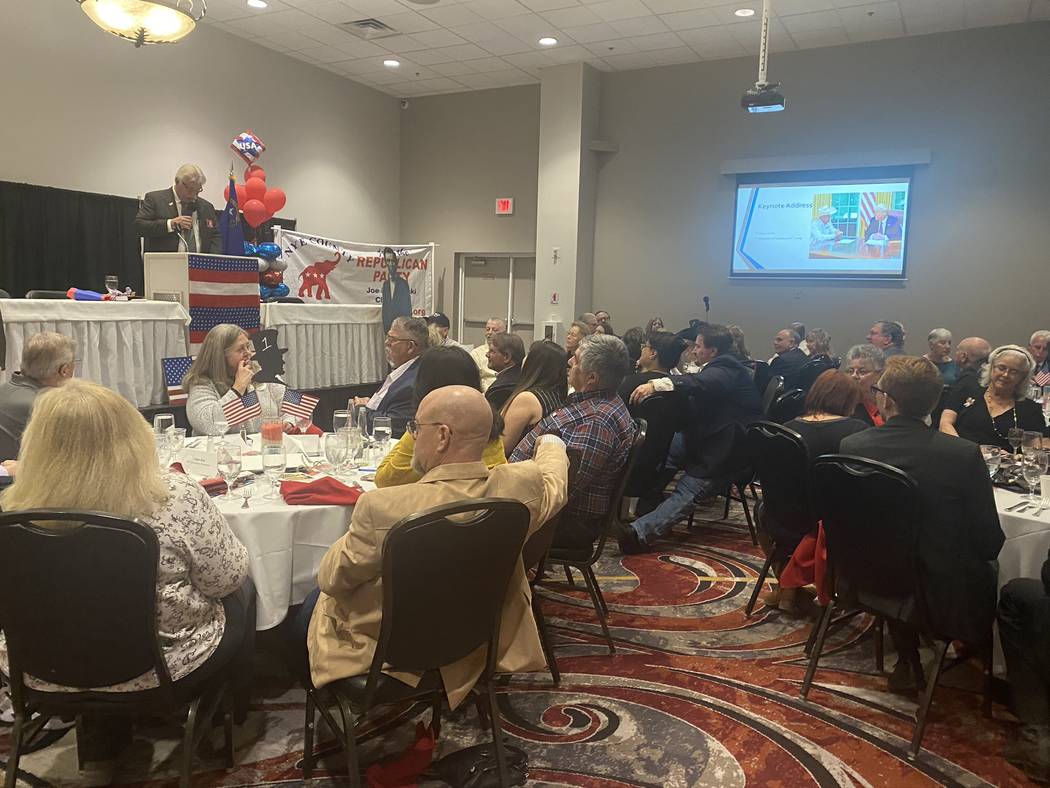 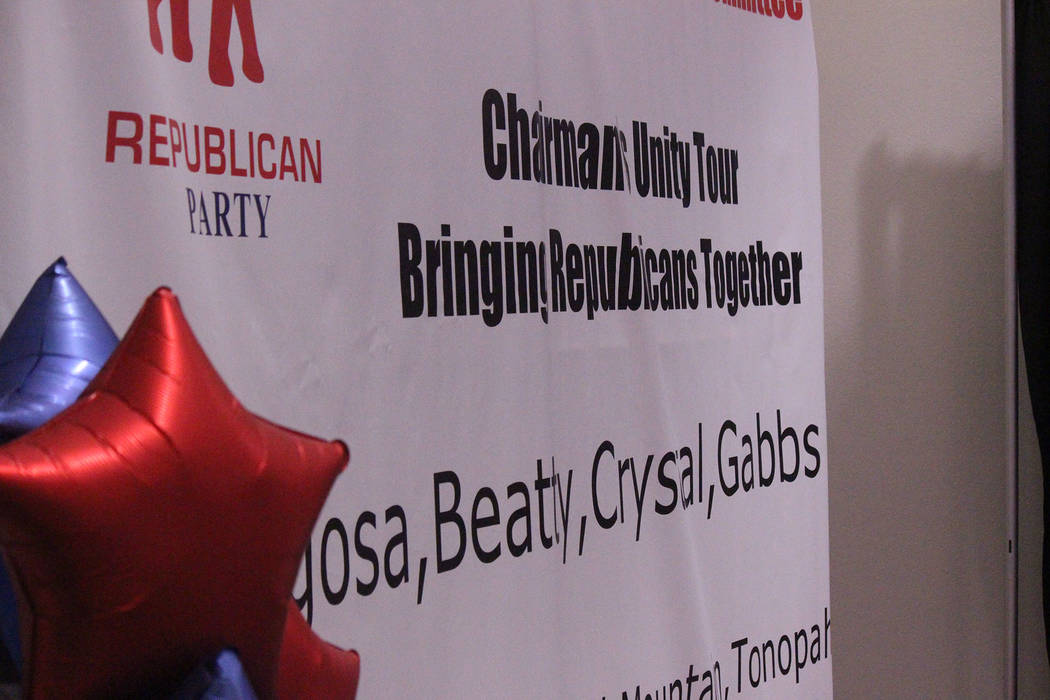 Jeffrey Meehan/Pahrump Valley Times The venue for the Lincoln Day Dinner was decorated with balloons as well as a banner detailing the Nye County Republican Central Committee's Unity Tour. 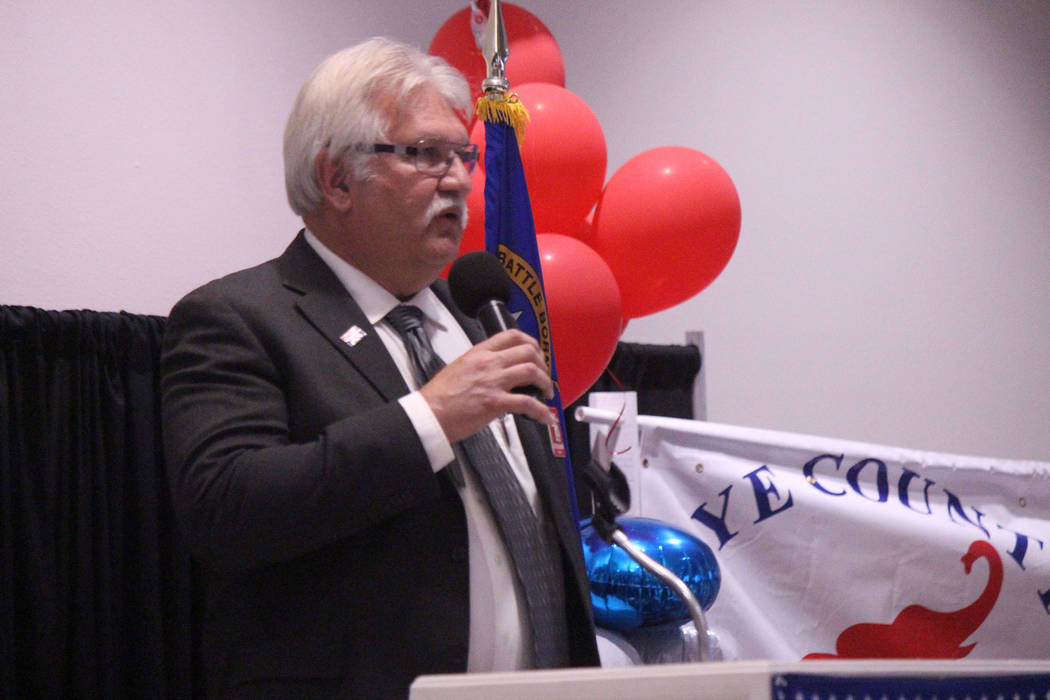 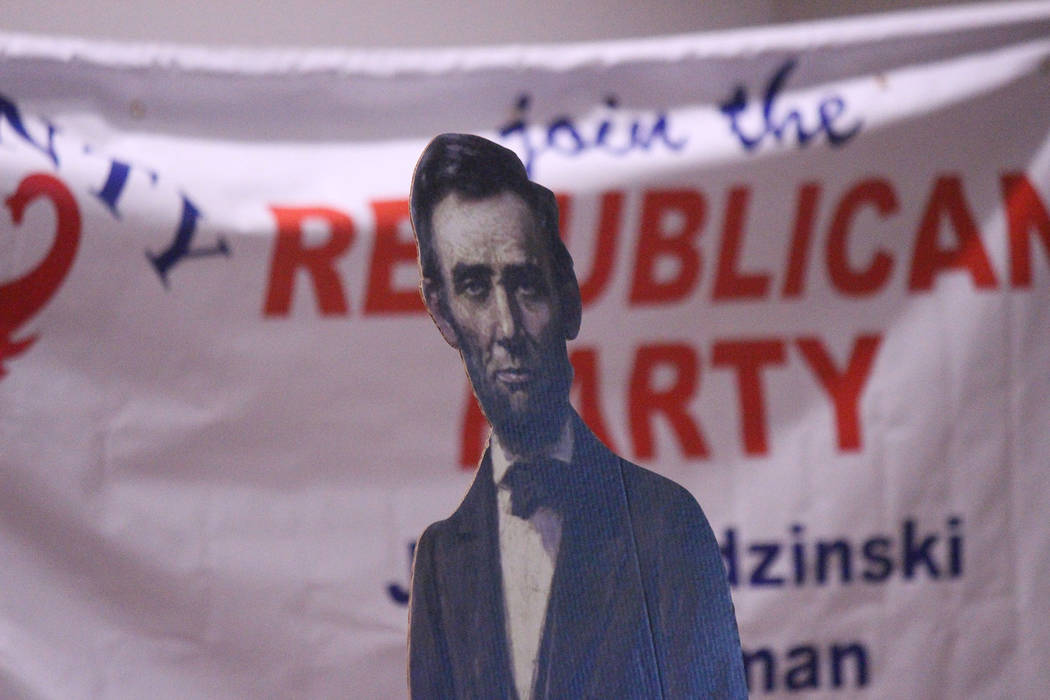 Jeffrey Meehan/Pahrump Valley Times A cardboard cutout of President Abraham Lincoln was part of the decor at the Lincoln Day Dinner. 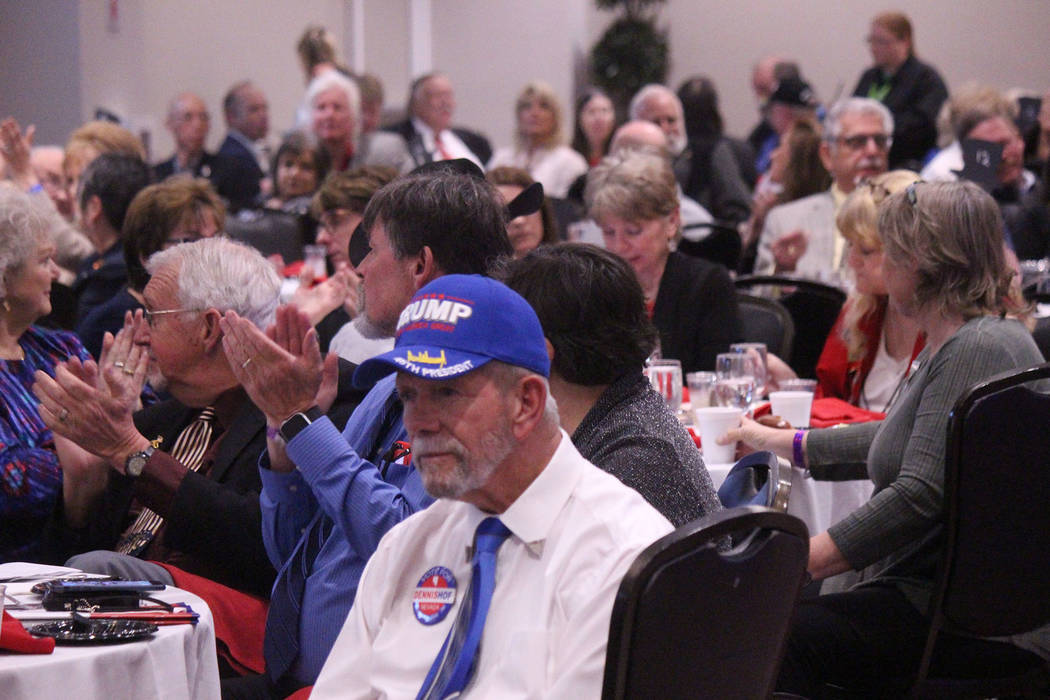 Jeffrey Meehan/Pahrump Valley Times A large turnout for the Lincoln Day Dinner had event organizers raving about the success of the event. 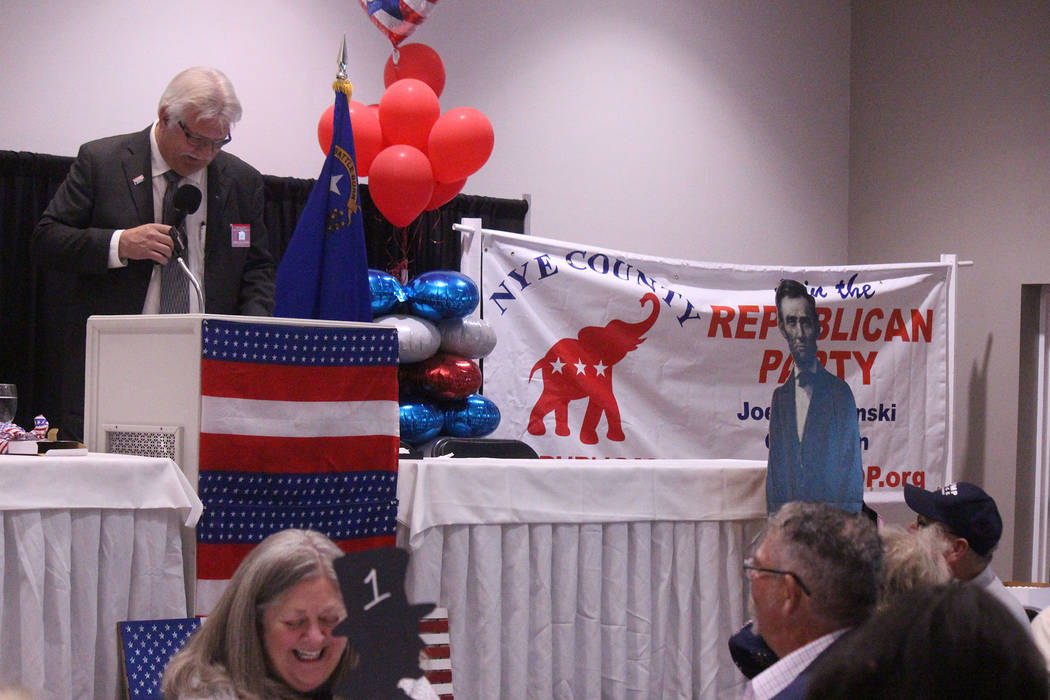 During a weekend already jam-packed with GOP activities, the Nye County Republican Central Committee hosted the 41st Annual Lincoln Day Dinner and the results have events organizers raving with delight.

“This was the most successful Lincoln Day Dinner we ever had held. We sold out by Feb. 8, weeks ahead of the event,” Nye County Republican Central Committee Chairman Joe Burdzinski said with obviously enthusiasm. “Over 200 people were in attendance.”

The evening included a dinner, a silent auction, political speeches and of course, more than enough conservative-minded discussion to keep attendees occupied throughout the night.

Carved prime rib, chicken chardonnay, red roasted potatoes, asparagus, dinner rolls and mixed green salad were all on the menu, with Burdzinski taking the opportunity to highlight a job well done by Pahrump Nugget staffers. “The food was absolutely amazing. Our regards to the Nugget chef!” Burdzinski said.

Burdzinski himself was the Master of Ceremonies and he was joined by a variety of notable Republicans.

“Niger Innis led us in the Pledge of Allegiance; Michael McDonald, state party chairman, provided a party update; Frank Carbone presented reflections on President Lincoln; Karen Williams, president of the Pahrump Valley Republican Women, addressed the gathering; and the keynote address was given by Couy Griffin, who is the founder of Cowboys for Trump,” Burdzinski reported. “He gave an uplifting speech about touring around the country on horseback supporting President Trump, giving the audience details about his visit to the White House to meet with the president.”

Burdzinski added that the silent auction was a great success and made sure to express appreciation to the many people and local businesses that helped make it such a success with their generous contributions.