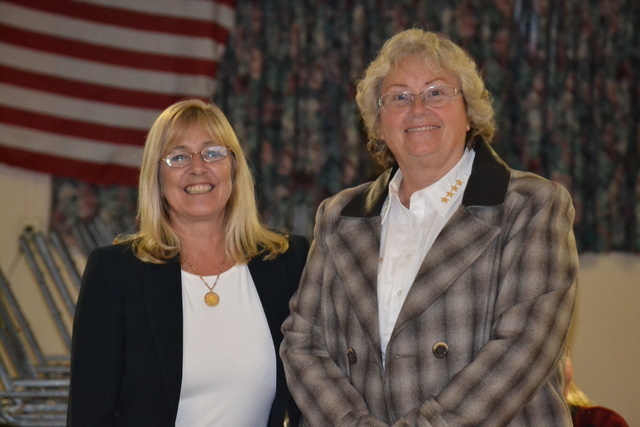 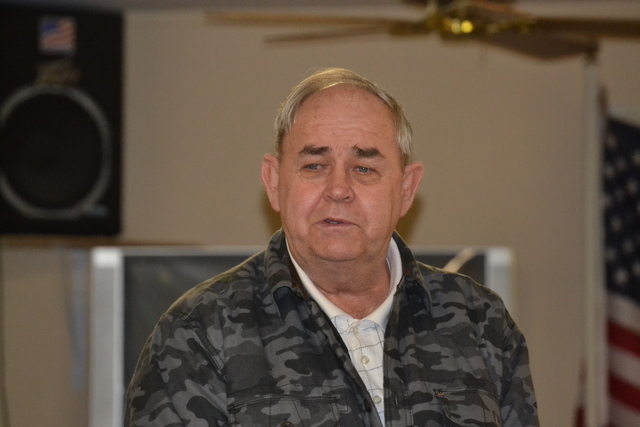 Nye County’s newly elected sheriff and district attorney updated residents on their accomplishments during their first weeks on the job at a meeting of the Pahrump Valley Republican Women on Monday night.

Sharon Wehrly, who defeated Undersheriff Rick Marshall in a contested race, reported that many “internal changes” have been made within the department. Among those changes is that the front office of the Nye County Sheriff is now open five days per week, rather than four. The move was accomplished through a change in days off for employees, rather than an increase in staff hours.

Wehrly also reported that seven new deputies have been hired. The officers are enrolled in police academy and will be able to obtain the field training while in academy by working part-time.

A prisoner meal cost assessment was done in the Tonopah and Pahrump facilities where future cost savings will be implemented. Wehrly said she is not just focused on saving the county money, rather, she is also looking at ways to increase revenue by allotting available prisoner slots to the federal system. Of the 40 available beds in Tonopah, “20 of them are being used on the regular,” she said, leaving 15 slots available.

Wehrly said she is also investigating the possibility of adding an additional 35 to 40 beds in the Nye County detention system.

A previously dedicated lunchroom, re-purposed for office space, will be reconfigured for employee use, she said.

A priority, Wehrly said, is to address the “in-house medical capabilities.” She referred to implementation of a segregation program for incoming inmates that would protect detainees from contracting communicable illnesses caused “mixing population.” She will also be addressing the administration of prescribed medication by non-medically trained personnel.

Nye County District Attorney Angela Bello, who unseated incumbent Brian Kunzi in November’s election, said that she is acclimating to her new office environment. She had high praise for department staffers and said she is looking forward to a long relationship with the community and the county.

Bello reported that she is working to rebuild a damaged relationship with Utilities Inc. of Central Nevada to move the former Willow Creek Golf Course, now known as Discovery Park, project forward. She also reported that she has advised anti-BLM resolution drafters of potential legal implications in their crafting a non-binding statement opposing the federal authority.

She advised that the district attorney’s office will be taking over the legal affairs of the town of Pahrump effective Feb. 7, which will translate into thousands of dollars in monthly cost savings.

Nye County Commissioner Butch Borasky followed up on the dissolution of the Pahrump town board at the meeting.

“This has been the first full week without a town board, and we’re still here and we haven’t fallen apart,” he said. Borasky said he was of the opinion that the town board caused more harm than good and the dissolution of the board has proven that the people of Pahrump do not need two layers of government.

He said that town staff will remain in place, for now.