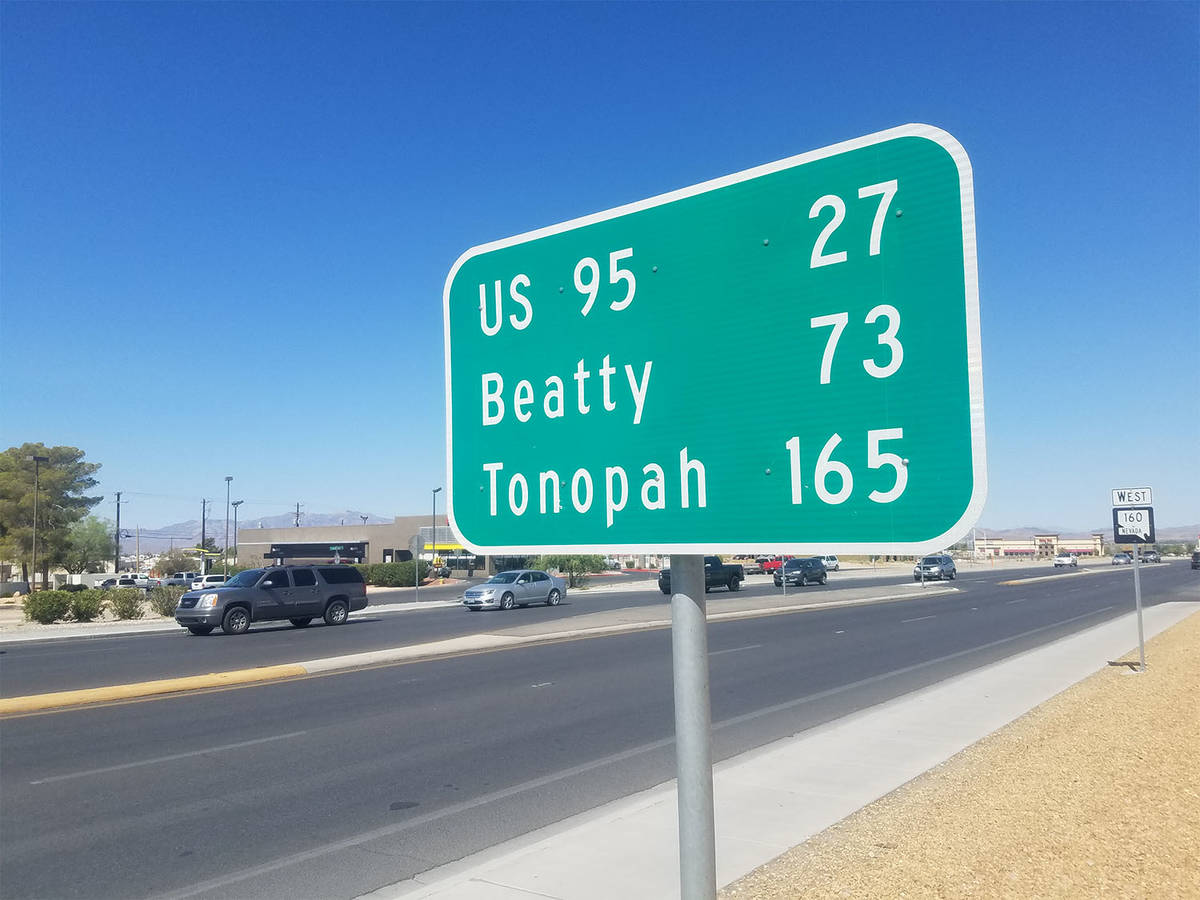 Pahrump Valley Times file photo A sign in Pahrump shows the distance in Tonopah. Tonopah is central to Nye County and also central to Nevada, while Pahrump is located on the southernmost tip of Nye County.

The largest county in Nevada by size, Nye has been named the poorest in the state by 24/7 Wall St. in previous years. According to the report, Nye County is the only county in Nevada with a median annual household income of less than $50,000 a year, or $47,300.

In addition, the poverty rate in Nye County was 16.4 percent versus state’s 13.1 percent, according to the report.

However, unlike poor U.S. counties, Nye’s job market is stronger than in many other parts of the state, according to the report. While the 7.6 percent unemployment rate in the county is higher than the comparable 6.4 percent national rate, it is well below the 9.9 percent statewide jobless rate.

Several large mining companies, such as Kinross Gold Corporation, conduct business in Nye County. Over the last year, the county has attracted a lot of interest because of its deposits of lithium – the essential material in electric vehicles that is growing rapidly in demand.

The report also noted that the definition of the middle class varies in different sources.

For example, it said that a Pew Research Center study defines it as households earning between two-thirds and twice the median household income. Other varying definitions include a range of annual household incomes as low as $13,000 and as high as $230,000.

To determine the level of income it takes for a family to be considered middle class in every state, 24/7Wall St. reviewed data from the U.S. Census Bureau’s 2018 American Community Survey.

Because this income distribution is so wide, it is likely that many households, even after adjusting for cost of living, can technically fall into the middle class in their state yet still be unable to meet the basic comfortable standard of living many associate with a middle-class lifestyle.

According to the report, states where the middle class by this has a lower income range have lower incomes across the board and higher poverty rates. In many of these states, income distribution tends to most disproportionately favor the richest people in the state.