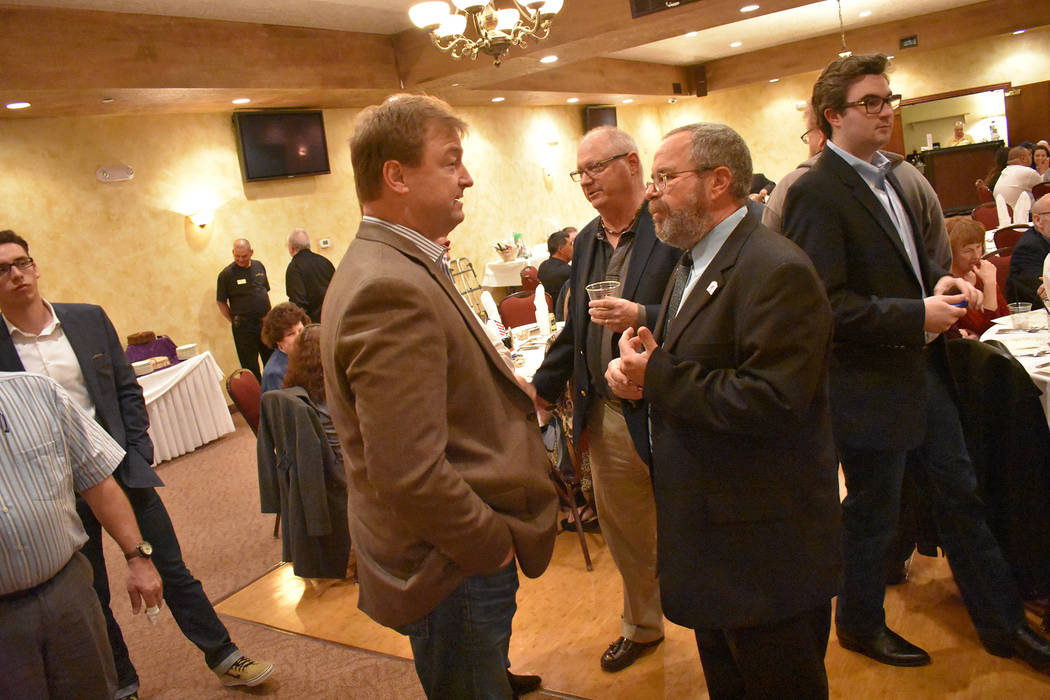 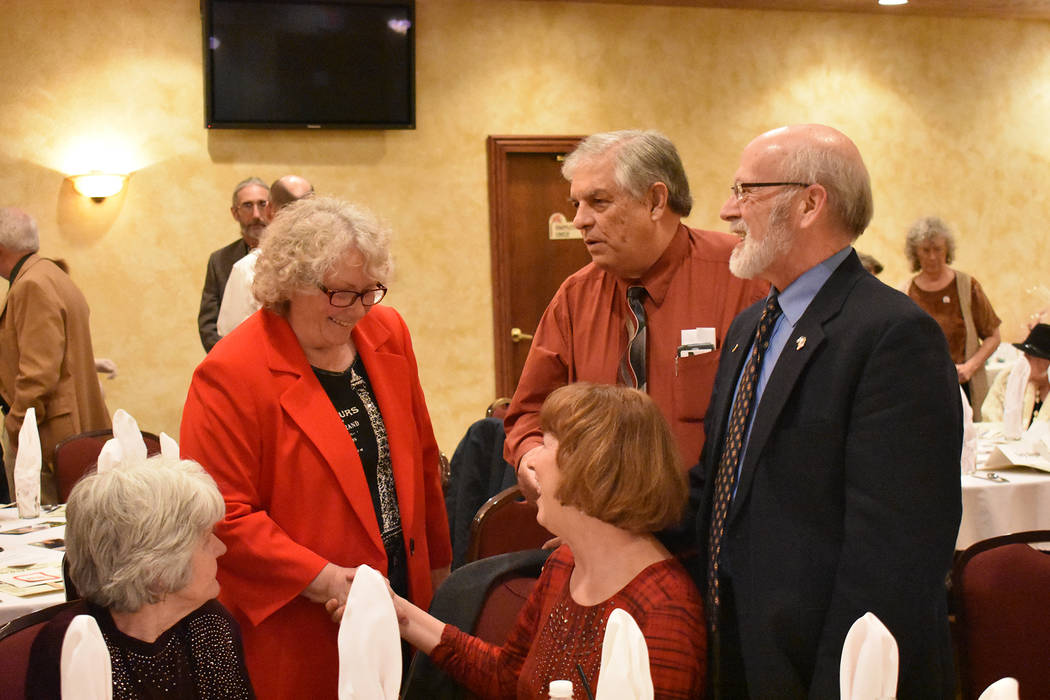 Republicans from around the state and Nye County came together around President Donald Trump at an annual dinner on Saturday.

The annual Nye County Republican Lincoln Day Dinner gathered an array of Republicans from Nye County and around the state, with high-profile speakers such as U.S. Sen. Dean Heller, Secretary of State Barbara Cegavske and State Treasurer Dan Schwartz.

Heller, a senior U.S. senator who recently announced his 2018 re-election bid, was the first to take the stage inside Nevada Treasure RV Resort. In his opening remarks, Heller praised Trump’s first speech to Congress on Feb. 28.

“His message really was inspiring as he talked about freedoms and liberties and some of those issues that are so important to us as American people,” Heller told the enthusiastic crowd.

Heller said that Americans believe more today in the Republican Party than in the Democratic Party.

“So much is happening so quickly back in Washington, D.C. If you look at all the surveys, all the polling, all the data, it will tell you right now the American people believe more in the Republican Party than they do in the Democrat Party,” Heller said.

“What’s inspiring them is the fact that Republicans are getting things done,” he said.

Heller also expressed support for various picks for Trump’s Cabinet. Trump appointed Jeff Sessions as attorney general, Steven Mnuchin as secretary of the treasury and as of last week, Ben Carson as secretary of Housing and Urban Development.

“I like what I see from Trump’s administration,” he told the audience.

“Obamacare will be repealed, and it will be replaced with something that the American people can live with,” Heller told the audience.

Nationally, Republicans who advocate for the repeal of Obamacare have faced a pushback at meeting and town halls. Heller recently has been pressured by his constituents, mostly in urban parts of the state, on his stance on Obamacare and support for Trump.

Dan Schwartz, Nevada state treasurer said Nevada Republicans lost the state and they need to come up with a message.

“This week, we’ve got Democratic House, Democratic Assembly, and Democratic Senate. A lot of crazy bills out there; sanctuary city, the minimum wage, Equal Rights Amendment. We shouldn’t be surprised, this is what the Democrats do. We had our chance and we slept.”

Nevada Democrats reclaimed control of the state Legislature with wins in the Assembly and Senate in the November election, giving the state Democratic Party the momentum.

The Nevada Senate recently ratified the Equal Rights Amendment, that became a first significant Democratic-backed move since regaining the control of both chambers. Nevada Republicans have opposed the amendment.

Schwartz also said that Nevada Republicans need to come up with a message for 2018.

“We need to come up with a message, and I hope that message is on governing, it’s on simple effective government, which I truly believe would be a good message for those of us here,” he said.

George Harris, a member of the Nevada Republican Party who has been active on the Trump campaign last year said the No. 1 priority for Nevada Republicans should be re-electing Heller in 2018.

“The No. 1 priority for this party is to make sure we get that guy re-elected. If we don’t re-elect Dean Heller to the U.S. Senate, it is the beginning of the end of the Republican Party nationally, because if Dean were to go down, that means technically six or seven others could go down or would go down,” Harris said.

Heller has been serving in the U.S. Senate since 2011. He successfully beat Democrat Shelley Berkley in 2012.

The 2018 midterm election will have 33 seats up for grabs, only eight of them Republican. In Nevada, Reps. Dina Titus, Jacky Rosen and Ruben Kihuen, all Democrats, have been floated as some of Heller’s potential contenders in the 2018 Senate race.

Harris encouraged the Republicans at the event to register to vote and not wait until the next election cycle.

Niger Innis, a national spokesman for the Congress of Racial Equality, also rallied support for Donald Trump and the Nevada Republican Party. He said “a combination” of things needs to be done to turn out a strong Republican vote in 2018.

“Unity is one of the most important things that we need to promote as a party, and as a conservative movement,” he said.

The Republican Lincoln Day Dinner is an annual event that is organized by the Pahrump Valley Republican Women and the Nye County Republican Central Committee.