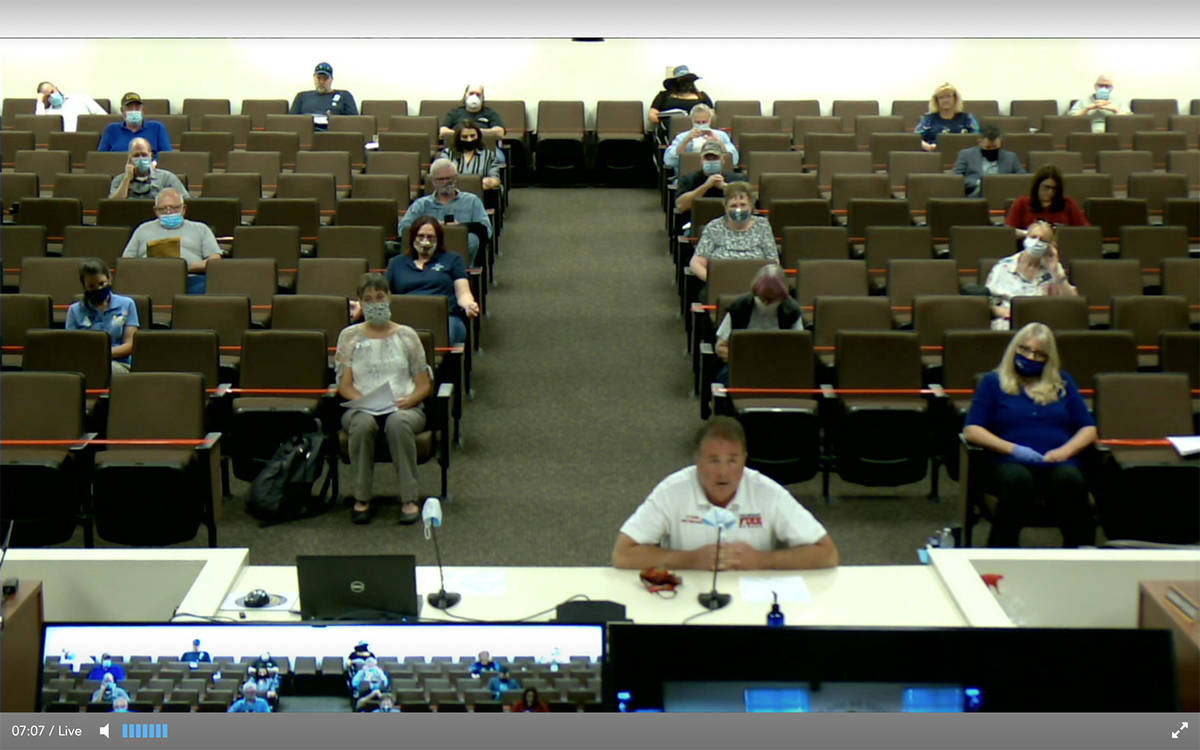 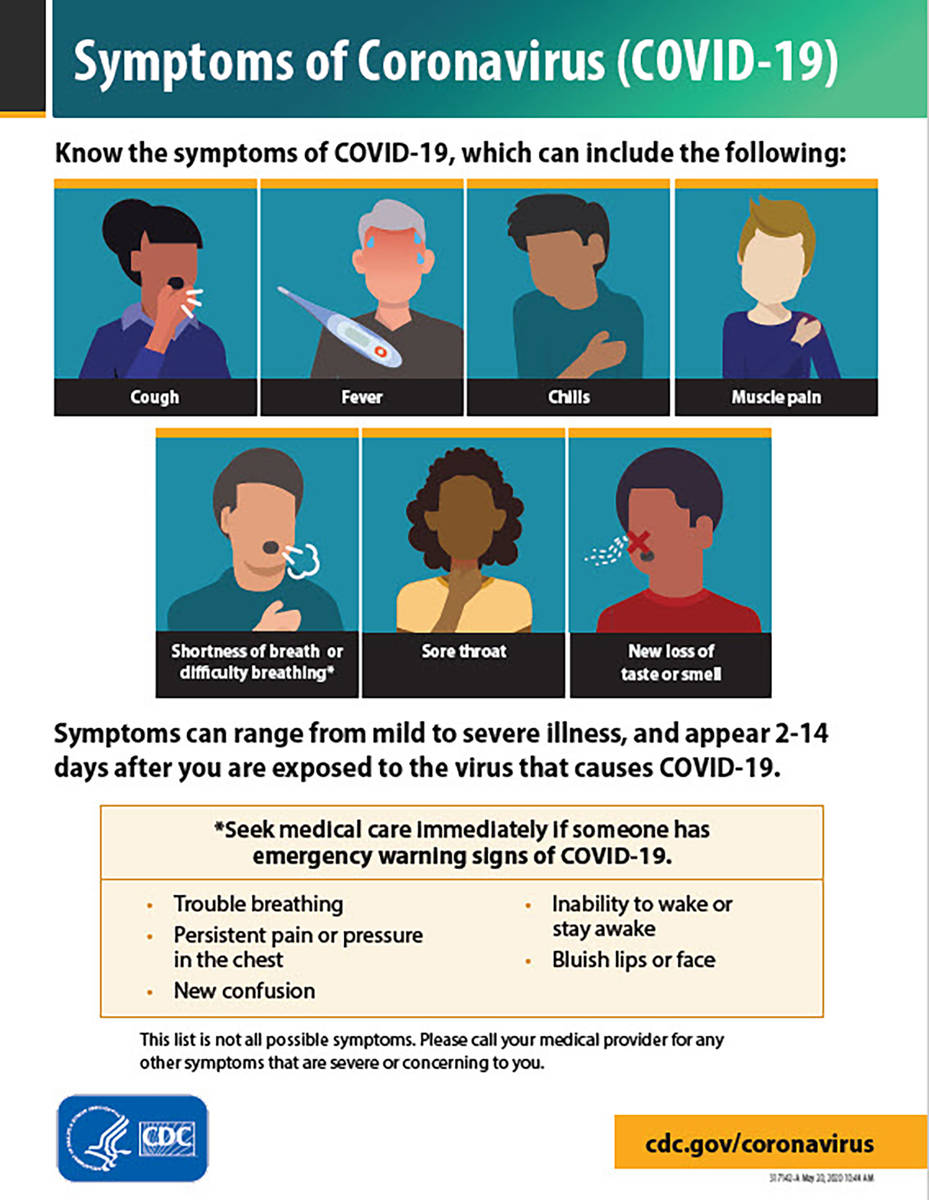 Special to the Pahrump Valley Times Provided by the U.S. Centers for Disease Control and Prevention, this graphic details some of the symptoms that have been associated with the COVID-19 virus. 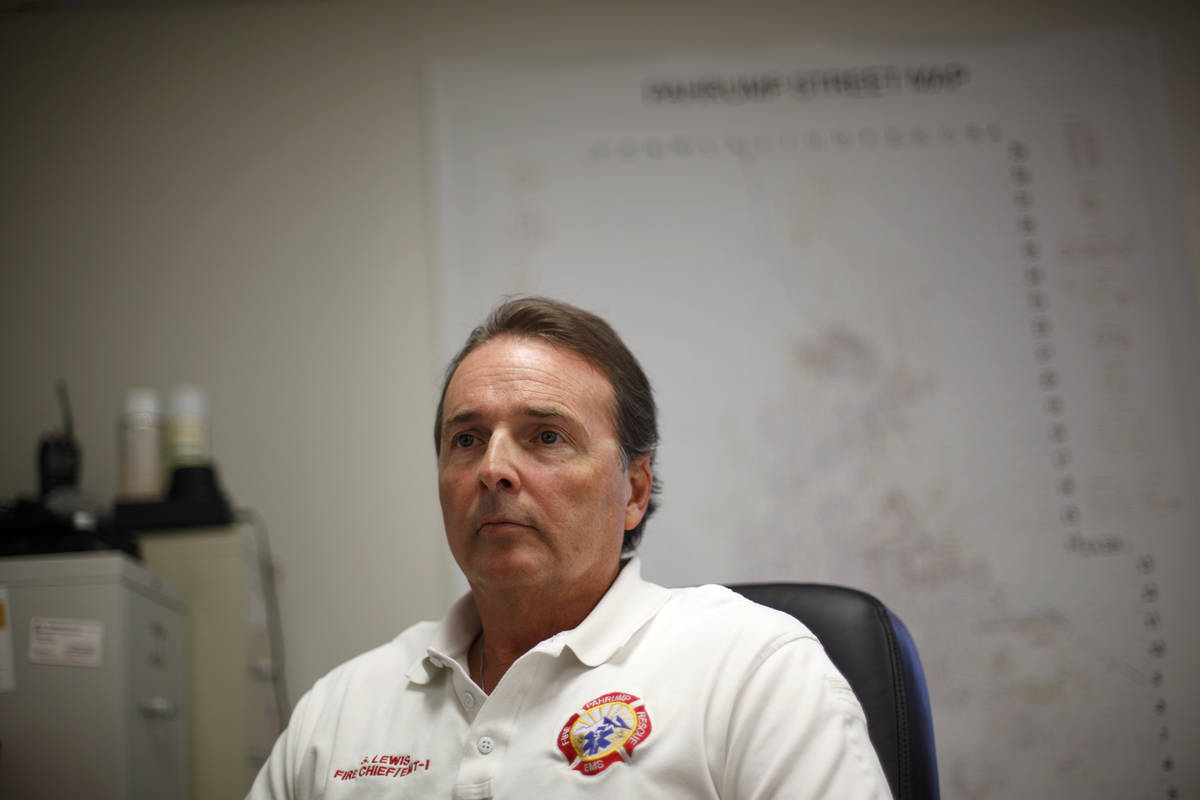 In an already divided America, the COVID-19 pandemic has created yet another point of contention for society, with those adhering to the government’s mandates and guidelines being labeled as “sheep” and those refusing to do so being named conspiracy theorists who do not care about the safety of others.

Worse still, the information regarding the COVID-19 virus is often conflicting, with various “experts” and “resources” providing all sorts of evidence to prove or disprove the ideas of one side or the other, leading to an ever-more ingrained sense of distrust and unrest.

For Nye County Emergency Management Director Scott Lewis however, there is no question as to the truth of the matter and he is urging everyone in the community to take the COVID-19 pandemic seriously.

“I wish I had good news for you but the news is worsening for Nye County,” Lewis told the Nye County Commission during its Tuesday, July 21 meeting. “We’ve had a total of 100 new cases since we last met (on July 7). Since I have been here this morning, which is approximately 20 to 25 minutes, we have reports of 14 additional new cases coming in today. We are averaging double-digits per day for the last week and a half.”

Lewis reported that there had also been an increase in the death count for Nye County since the commission’s July 7 meeting, with three more people losing their battle with COVID-19.

He acknowledged that the figures surrounding the COVID-19 outbreak have drawn a lot of criticism and skepticism but maintained that the crisis is very real, requiring everyone to come together to keep the pandemic from spiraling completely out of control.

“When we’re looking at these, there’s been a lot of social feedback on how we get our numbers, there has been social feedback as to the legitimacy of the numbers. I’m here to tell you that this is completely legitimate. These numbers are not manufactured in any way,” Lewis stated.

He then went over how the county’s COVID-19 count is generated, explaining that there are three main sources for information on new cases, including Desert View Hospital, Serenity Health through its partnership with the Nye County Sheriff’s Office and the Nevada Office of Public Health Investigations and Epidemiology.

“So when we get these notifications, they are supported by the results of the tests, with pertinent information on each and every one of those people who have tested and come back positive,” Lewis explained.

Lewis said part of his responsibility addressing new cases is contact tracing, which is key for several reasons. “We take that basic information, we memorialize it on several different spreadsheets and then we make contact. The contact is very important because it gives us very solid information as to, first of all, where do they live? Why is that so important? It’s not just about the street but it’s also about, is it confirmed that they actually reside in Nye County?” Lewis said. He explained that through contact tracing, he has seen firsthand that some of those who have received a positive test result from a Nye County testing source do not live in the county and simply traveled to or through the county.

“That sounds a little out of the ordinary but it happens more than you think,” Lewis stated. He emphasized that once a person with a positive test result has been verified as being from outside of the county or state, their results are removed from the totals for Nye County.

Once a person has been confirmed as a Nye County resident, Lewis said emergency dispatchers are provided with the person’s address so that if an emergency occurs at that location, responders can be notified that they need to take extra precautions to guard against exposure to COVID-19.

Contact tracing obviously includes determining the recent whereabouts of the infected individual and then continues with the gathering of symptoms information, with Lewis noting that the symptoms are evolving over time. When the COVID-19 pandemic first started circulating in the U.S., the Centers for Disease Control and Prevention warned citizens to be on the lookout for three symptoms, a dry cough, fever and shortness of breath. That list has now expanded to include fatigue, chills, muscle aches, headache, sore throat, nausea, vomiting, diarrhea, a loss of sense of smell or taste and congestion or runny nose.

“All of that information is tallied up and is redistributed back to the state epidemiologist’s office… Every case is photographed and sent back to them and they also memorialize it and this goes into the reports that eventually go to the governor and that is where the actions are taken by the upper levels of the state government,” Lewis informed the commission and the public, continuing by emphasizing, “In no way do we come up with these numbers on our own as a county. They are provided to us. Our job is to manage them and take the appropriate steps and actions.”

Certain commissioners seemed skeptical of the information surrounding COVID-19, particularly commissioner Donna Cox, who said she believes the situation amounts to the making of a mountain out of a molehill. Citing her own internet research, Cox said she is not entirely confident in the information about the virus, noting that many of the symptoms newly added to the CDC’s list are common symptoms associated with simple health issues such as seasonal allergies.

“Everybody just please try to lead as normal a life as you can,” Cox said.

Commissioner Leo Blundo then turned to one of the arguments that has been quite common in recent months, comparing COVID-19 to flu season and declaring that the state had never been shut down or the people made to wear masks when other sicknesses were circulating in the community.

These comments didn’t seem to sit well with Lewis, who responded by telling the commissioners that the situation was a very serious one.

“Just from my contacts, I can tell you, this is real,” Lewis stated. “I had the unfortunate situation where I had to talk to a 15-year-old girl who was crying hysterically because her father had just passed away from COVID and it was a rapid deterioration of that individual… I had just talked to that gentleman right before that and he told me, tell people to wear the masks. That’s what he said to me. He said this is dead real, because he understood there was a lot of confusion about it.”

Blundo then said he believed that if a person wants to wear a mask, that is up to them. “Let’s not forget the premise of what our country is built on, liberty and freedom, that independence. You make the decisions on what’s best in your life, not the government,” Blundo asserted.

Commission chairman John Koenig, who is a member of the county’s COVID-19 task force, then jumped in to state that for him, one of the biggest concerns is the questions surrounding just how long a person needs to quarantine after testing positive.

“If they tested positive, when are they safe to go out? We’ve had the discussion, it started with 20 days, now I think the CDC just said 10 and we’ve had cases here that we know, people have been (quarantined) 19 days, and we released them out in public, they tested again and they were still positive. So we don’t know the answer to that and that’s very disturbing,” Koenig said.

Lewis replied, “You are exactly right and you are also aware that there are people coming back that think they may actually have a second round of COVID that is not a continuation of the first confirmed positive. We are managing several cases that in that arena now.”

As of the morning of July 23, Nye County was reporting a total of 270 confirmed cases of COVID-19 and approximately 3,400 tests conducted.

The majority is in Pahrump, where the total is 241 cases. A reported 13 cases are in Tonopah, 11 are in Amargosa, four are in Beatty and a single case has been reported in Smoky Valley.

There have been five positive antibody tests reported and county officials noted that these results are not included in the overall totals.

Seven deaths have been reported.

Nye County has established its own COVID-19 webpage which is updated regularly to reflect the number of cases reported by town. This information can be accessed by visiting www.nyecounty.net and clicking on the COVID-19 Info link at the bottom of the page. Residents can also call the county’s COVID-19 information help line at 775-751-4333.