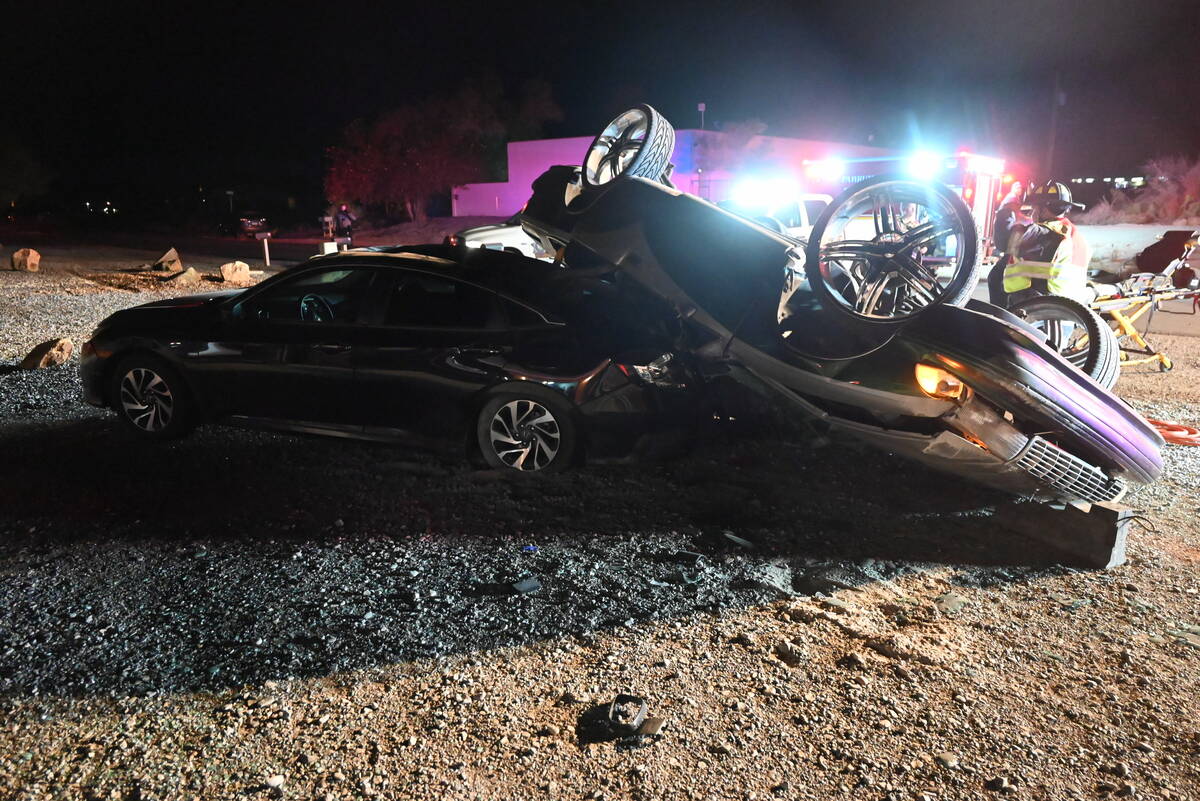 “One car was on top of another parked car and the car was resting on its passenger side. Crews arrived on location and completed scene size-up and confirmed the accident as described,” Pahrump Fire and Rescue Chief Scott Lewis said, following a fatal crash on Sunday, Sept. 11. 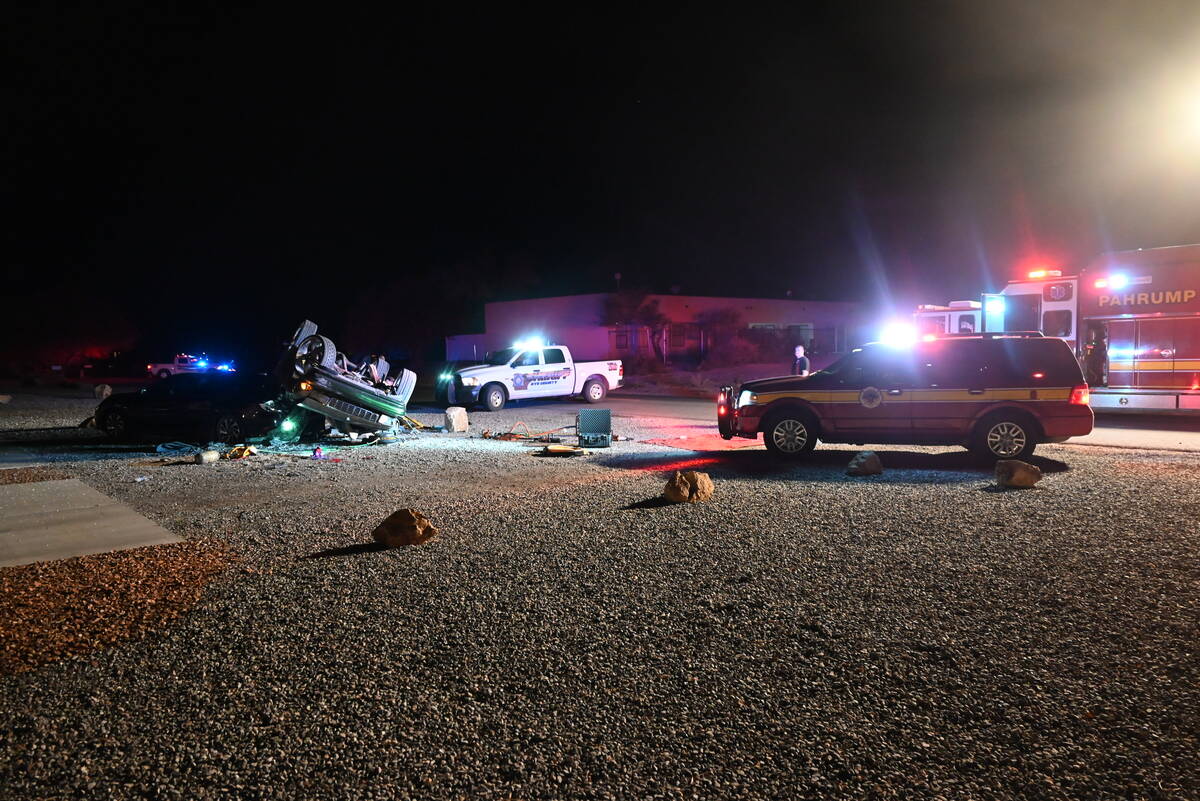 Special to the Pahrump Valley Times One person was killed following a two-vehicle crash just after 10 p.m., on Sunday, Sept. 11. along Bourbon Street just west of Pahrump Valley Boulevard.

One person was killed following a two-vehicle crash just after 10 p.m., on Sunday, Sept. 11.

“As crews were responding, they were updated with information stating that two people were mechanically entrapped,” Lewis said. “One car was on top of another parked car and the car was resting on its passenger side. Crews arrived on location and completed scene size-up and confirmed the accident as described.”

Lewis also said it was determined that at least one person was still alive, as crews worked to remove the patient.

Additionally, there were initial reports that a child may have been inside one of the vehicles, which proved to be unfounded.

“A door removal was completed to extricate one individual,” he noted. “The second occupant was declared deceased at the scene. That person was maintained in their position pending the investigation from the NHP fatal team. Once that was done, crews completed the recovery of the body from the vehicle. Initially, it was thought to possibly be a child involved because a car seat came out of the vehicle. Crews were on scene through most of the early morning hours assisting in the investigation with scene lighting and also the recovery.”

The victim in the crash has not been identified.

On Saturday, Sept. 10, crews were dispatched to a report of a structure fire along the 1600 block of South Meier Drive at approximately 3 a.m.

“Crews arrived on location to find a doublewide manufactured dwelling with an overabundance of personal property stored around it,” Lewis said. “The investigation revealed a fire on the underside of the doublewide. Crews commenced an attack by removing the side skirting and accessing the underside to extinguish the fire. They checked for extension and found minimal extension to the interior. There were no injuries and two occupants were removed from the structure and they are with other family and friends in the area.”

In the wake of recent thunderstorms in and around the valley, Lewis was dispatched to South Highway 160 to assess road conditions caused by flooding on Monday, Sept. 12.

“I received a telephone report of flooding on Highway 160 in Clark County at approximately mile marker 35,” he said. “My investigation revealed that we did have some flooding over the roadway. It only briefly impacted traffic and there was a pretty good amount of water movement on the shoulders and the median.”

Further, Lewis noted that there have been several flash flood warnings in recent days.