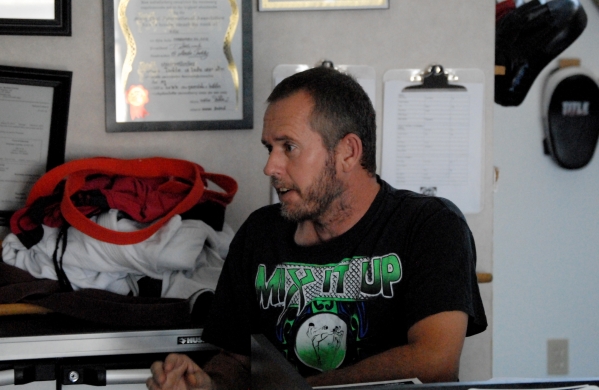 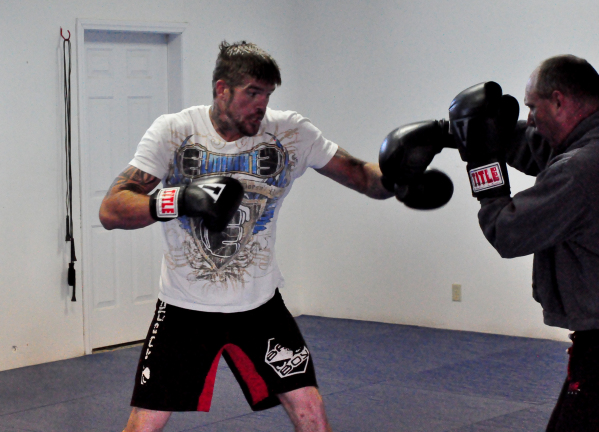 He had big dreams to establish Pahrump as a mixed martial arts fighting town and it looked like he was accomplishing his goal when his fighter, Brandon Schneider, won the Tuff-N-Uff light heavyweight title over the summer.

But these dreams all came to a halt when Robert Wilson, owner of Mix It Up Academy, a Brazilian Jiu Jitsu training facility, had to close his doors after six years in business.

This academy was affiliated with Brazilian-American Jiu-Jitsu black belt Robert Drysdale and was the home gym for local mixed-martial arts fighters Schneider and Andrew Gonzalez.

Wilson said he was deeply saddened by the whole closing.

“I really enjoyed teaching,” he said. “It’s really depressing when you have to take things out of a building for the last time.”

Wilson’s gym was slowly building a reputation as the place to go for learning the all-important ground game of MMA fighting. According to Wilson, jiu jitsu just happens to be one of the favored martial arts for MMA fighters. Wilson has been involved with jiu jitsu since 2003 and has been teaching it in the valley for seven years.

Just two years ago he did an open recruitment for new MMA fighters to join a fight club. His call produced a few fighters but their commitment was not consistent enough and the club idea faded. He was hoping to ride the success of Schneider, but Schneider’s successes didn’t translate into a lot of new students.

“We would get a few students that joined for a while but then they realized the time commitment involved and they would quit,” Wilson said.

He added that he had a small core of students that were consistent but just not enough to make ends meet.

Despite this growing popularity of MMA and the reputation of the gym, the jiu jitsu students who paid the bills started to wane and the financials became too much of a burden to keep the gym.

“It was getting to the point I wasn’t making enough money and I would be paying my students to take lessons from me,” he said.

Of course this doesn’t mean he will stop training fighters.

“I put all my stuff into storage,” Wilson said. “Brandon is one of my best students and together we accomplished a lot. Andrew was coming around and he too is a great student. I will just have to talk to the fighters because if they go to other gyms to train, the other gyms might have a policy of working with outsiders.”

Gonzalez said he found out about the closure when he went up to the gym on Monday.

“It was a total surprise to me,” Gonzalez said. “I need to talk to Robert (Wilson) and figure out something. As far as I know, he was the only ground game facility in the area. I just might have to train in Las Vegas.”

Schneider was at a loss.

When asked how he felt about the closure, he replied, “I don’t like it at all.”

He added, “That was where I have done everything and I have been training at gyms up north (Schneider is preparing for a fight on January 15 while working on a construction project up north in Elko). When I get back I have a few ideas. We will figure it out.”

Wilson was asked what it would take to come back to teaching in the valley and he replied,

“Right now I need a break from teaching, but if I were to come back I would need around 60 to 70 students at a place near Albertson’s (in town).”