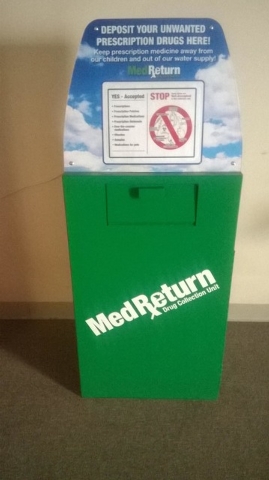 Officials at NyE Communities Coalition are taking on the issue of prescription drug abuse among the valley’s senior population.

The coalition has been holding presentations for local organizations who may be affected by prescription drug abuse.

The coalition’s Prevention and Wellness Director Kim Johnson said his research indicates older patients are more likely to be prescribed long-term and multiple prescriptions, which could lead to the improper use of the medications due to mental decline.

“As many as 17 percent of adults age 60 and over abuse prescription drugs,” he said. “Narcotic pain killers, sleeping pills, and tranquilizers are common medications of abuse. Most patients take these medications for legitimate reasons, with or without a prescription to stay awake, remain alert or fall asleep.”

Johnson also noted that on average, patients leave the doctor’s office with a prescription in hand in at least seven out of 10 visits.

“The presentation really helps provide senior citizens what to expect when they go to see their doctor,” he said. “If someone gets to a point where they think they are not using their drugs appropriately, I address that as well.”

Prescription drugs people usually struggle with include hydrocodone, oxycodone, methadone, codeine and Demerol. Johnson said there are certain individuals who are more likely to become addicted to prescription drugs.

Risk factors for prescription drug abuse among seniors include past or present addictions to other substances. Certain pre-existing psychiatric conditions in seniors are also considered risk factors.

An additional element to Johnson’s presentation is keeping addictive prescription drugs out of the wrong hands by proper storage and disposal.

Medicines that are flushed or poured down the drain can end up polluting water, impacting aquatic species, and contaminating food and other water supplies, as most medicines are not removed by wastewater treatment plants or septic systems.

“Throwing unwanted medicines in the household trash also does not ensure that curious kids can’t get at them,” he said. “There’s an epidemic of accidental poisonings from medicines in our homes and children are the most common victims. Protect your kids and keep your family safe by storing your medicines securely at home.”

For those who have unwanted or unneeded prescription drugs, there are several locations in town where they can be safely disposed of.

The Pahrump Senior Center has a secure prescription drug drop-box where seniors can deposit their unused drugs.

“When you have medicines that are expired or unwanted, use a medicine take-back program,” he said. “It’s the safest way to dispose of unused medications.”

Johnson also said recognizing the signs and symptoms of senior drug abuse is key to treating the disease of addiction.

He noted that it’s not always easy to identify in the older population, as many of the symptoms of misuse and abuse mirror common signs of aging in general.

“These symptoms may obscure diagnosing a substance abuse problem,” he said. “Some of these perceptions include memory loss, disorientation, lack of balance, shaky hands, mood swings, depression and chronic boredom.”

Counseling is typically a key part of treatment, Johnson said. Out-patient or in-patient services may also be recommended.

He also warned about simple over-the-counter substances that may pose a hazard in seniors and children, including cough medications, certain pain relievers.

On the flip-side, Johnson also wanted to say that by and large, people who take potentially addictive drugs as properly prescribed by their doctors, rarely abuse or become addicted.

In most cases, he noted that taking prescription medications improve the lives of elderly people by doing everything from lowering blood pressure to easing chronic pain.

Johnson said that no presentation is currently scheduled, but he can be contacted at 775-727-9900 ext. 214 if any people or organizations are interested.