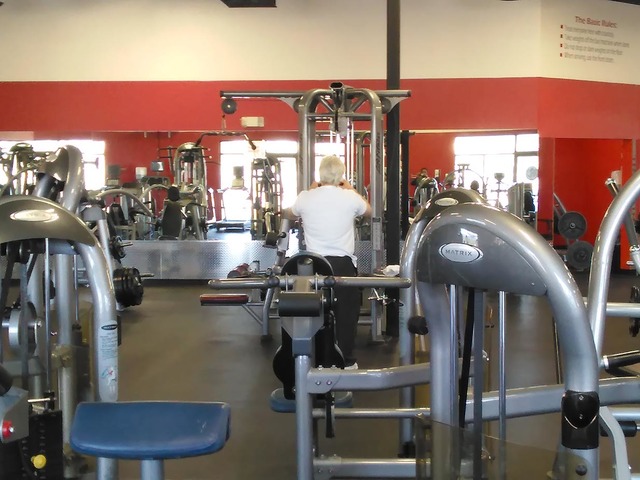 Just one person was seen working out at Custom Health and Fitness on Tuesday, Feb. 14. The property and business owner closed the business the following day due to monthly losses incurred over the past several years. Owner Chris Tellis said the business was not sustainable. Selwyn Harris/Pahrump Valley Times

The owner of a south end fitness club is lamenting the closure of the facility.

Chris Tellis announced the closing of Custom Health and Fitness via a letter to members on Feb. 9.

After operating for roughly five years, he said the business, in its present condition, was simply not sustainable.

“We have been operating at a loss for a considerable time,” he said. “The only reason we could stay open was because I was the owner of the complex. However, there is a limit to my ability to subsidize the facility. Throughout all this time, the members have been fabulous and it has been an honor to serve you. As the ones committed to staying fit, you are truly the best of Pahrump.”

The business, Tellis said, landed in his lap after the previous owners suddenly walked away.

“As a result, I was the landlord and the tenant,” he said. “That’s how I ended up with it, because the previous guy skipped town. He stiffed everybody, including me. I just got in to take care of the people who had been abandoned. We felt we had the very nicest health club in town by far.”

After assuming operations at the facility, Tellis soon learned he could not continue incurring losses each month.

“We were trying to create a place that was more than just a club but a community,” he said. “We feel that we did that but it just didn’t pan out because I would have to triple the membership to make it viable. The business was not there and I did not want to double the membership fees because that would not work either, so I just let it go.”

On Wednesday this week, Tellis closed the doors on the facility for good.

He noted several customers have urged him to reopen the business at a different location.

“That is still a possibility,” he said. “Also, if anyone is willing to take over the club and buy the equipment, I would be happy to do it, but it’s not going to be me. I am open to all offers. At present, we probably have about 600 members and we are working on an arrangement with Fitness for 10, where people who want to transfer will get a 50-percent discount if they shift it over there.”

With several part-time trainers and three full-time staff members out of work, Tellis said he’s looking out for his former employees.

“I want to take care of everybody who worked there,” he said. “I am very grateful for being part of this group for all those years and we had a wonderful time together. I wish everybody the best of luck and health going forward.”

Tellis also noted that any member who has paid their membership in full will receive a full refund.