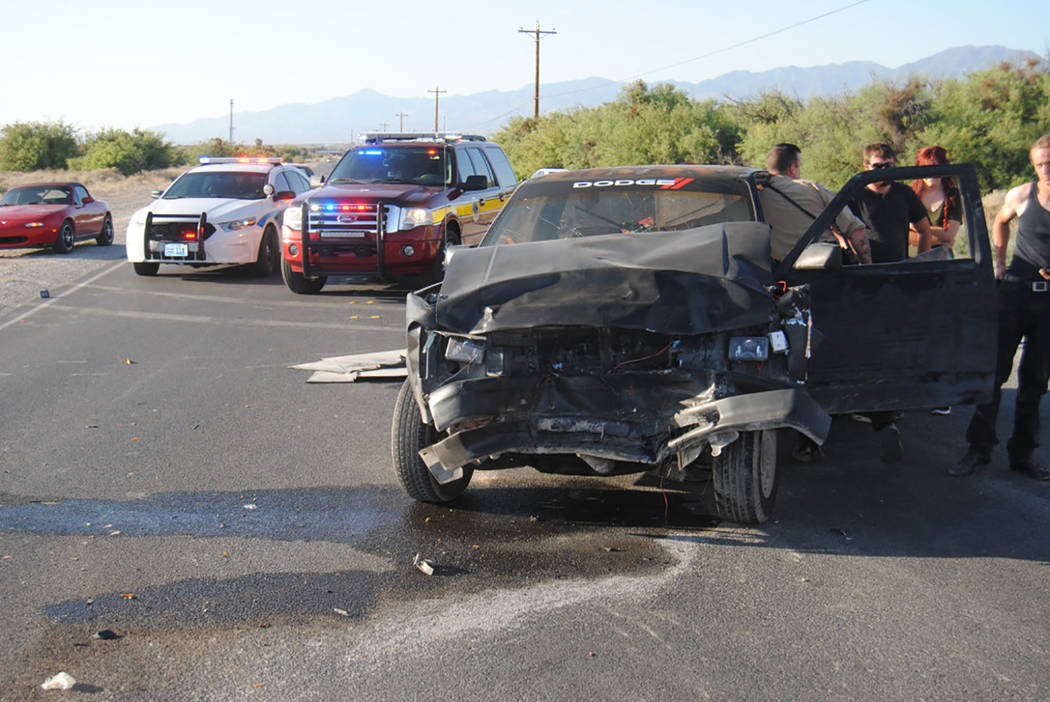 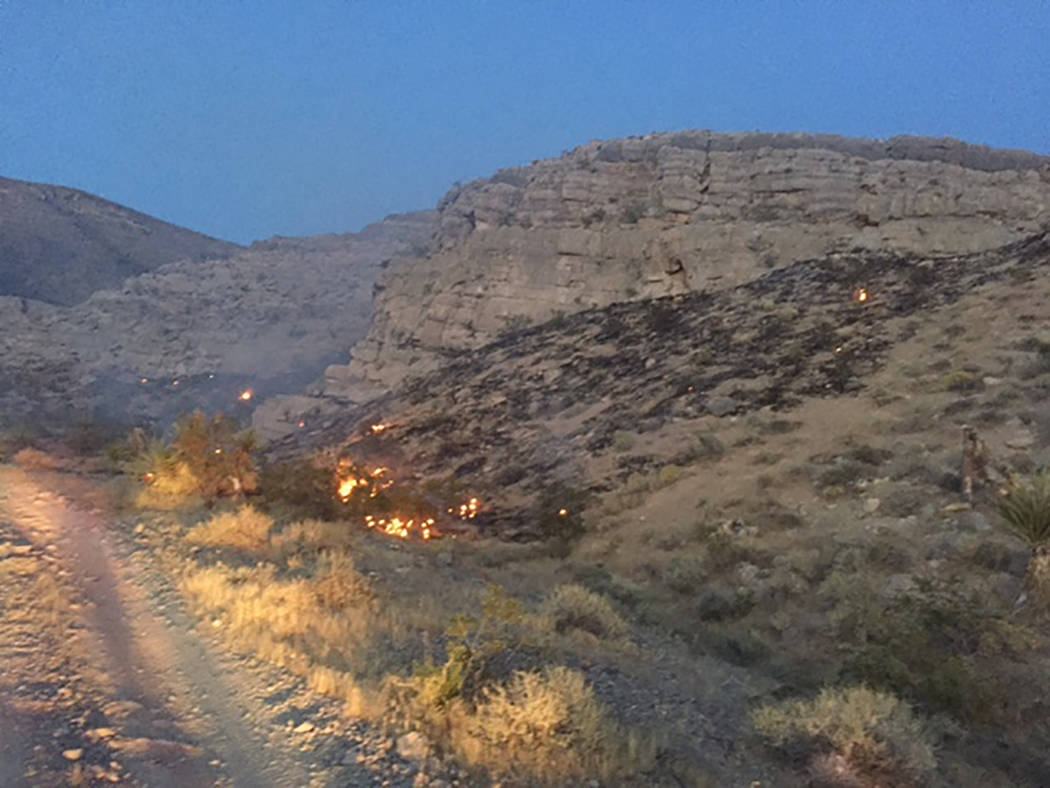 As daytime temperatures approach the triple-digit mark in southern Nye County, local fire crews are responding to more fires in the valley as of late.

Pahrump Valley Fire and Rescue Chief Scott Lewis said fire crews were dispatched to the 3200 block of south Rainbow Street for a structure fire at 9 a.m., May 31.

“Upon arrival, we found light smoke showing within the single-family dwelling,” he said. “The investigation resulted in a malfunction of the HVAC system within the structure. There was no extension past the unit and there were no injuries.”

Lewis also reminded residents to have their air-conditioning units checked and serviced soon, if possible.

“As we approach triple-digit temperatures here in southern Nevada, residents should be mindful to have their HVAC systems inspected and checked out right now. In fact, it should have been done earlier this spring. You want to make sure everything is operational. Belts should be changed if needed, as well as filters.”

“Upon arrival, crews found a growing grass and mixed brush fire on the north side of the roadway, where it was running into an open area,” Lewis said. “Crews contained and subsequently controlled the fire without incident and there were no injuries.”

On June 1, Pahrump fire crews were summoned to the area of Carpenter Canyon for a brush fire, just after 8 p.m.

“It was approximately eight miles into the canyon,” Lewis said. “Upon arrival, crews found a fire located within the canyon. They contained that fire and notified the Bureau of Land Management because it was on their land. The BLM responded with several Type-3 engines where they took control and our crews assisted. It was behind the BLM fire station and they are investigating it.”

Several hours later, crews were dispatched for another brush fire along the roadway near Pahrump Valley Winery, just after 11 p.m.

Upon arrival, crews located the fire, while mopping up several hot spots.

Lewis said the initial investigation revealed the fire was related to the use of fireworks.

On June 1, fire crews were summoned to the 8100 block of Homestead Road for a report of a brush fire at 1 p.m.

Lewis said there were no immediate structure exposures and crews were able to contain and control the fire in just a few minutes.

That fire remains under investigation.

On June 3, fire crews were dispatched to West Basin Avenue at Linda Street for a two-vehicle collision at 12:13 p.m.

“This was a two-vehicle accident with no entrapment,” Lewis said. “There were injuries but the patient decided not to go to the hospital and he may have been taken to the sheriff’s office instead.”

On Sunday fire crews were summoned to the 800 block of south East Street for a reported power pole fire just after 12:30 p.m.

“Upon arrival, we found a transformer that had malfunctioned causing a ground-cover fire as well as an extension to the power pole,” Lewis said. “Crews quickly contained the brush fire and the power pole was turned over to Valley Electric Association crews.”

Several hours later fire crews were dispatched to a residence along east Bowler Street for yet another brush fire.

“Upon arrival, we found a brush fire to the rear of the property,” he said. “The investigation revealed that a charcoal briquette escaped from its container in a grill started that brush fire. There were structure exposures, however the fire did not extend to any of those structures.”

On June 4, Lewis said, his crews were summoned to south Homestead Road at Manse Road, for a two-car collision at 6:15 p.m.

“Upon arrival, we found a two-vehicle, T-bone type collision,” Lewis said. “While there were injuries, all parties declined medical transport.”

On Monday fire crews were dispatched to the area of Squaw Valley Road at Manse Road for a single-vehicle crash involving a motorcycle.

“Upon arrival, crews found a dirt bike accident, which was the result of a police-involved episode,” Lewis said. “The person sustained injuries, however, they declined medical transport and I believe that individual was taken into the care and custody of the Nye County Sheriff’s Office.