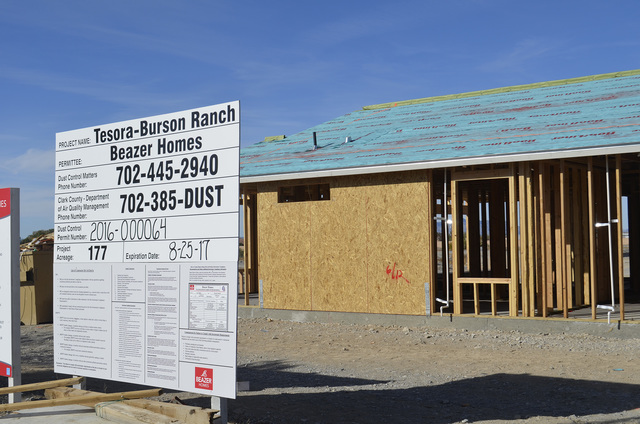 Daria Sokolova/Pahrump Valley Times Nye County commissioners approved a development agreement with Beazer Homes Holding Corp., for a residential subdivision in Burson Ranch at Tesora in Pahrump on Nov. 14. The agreement allows for the construction of 586-single family residential homes, along with approximately 13 acres of park and open space. 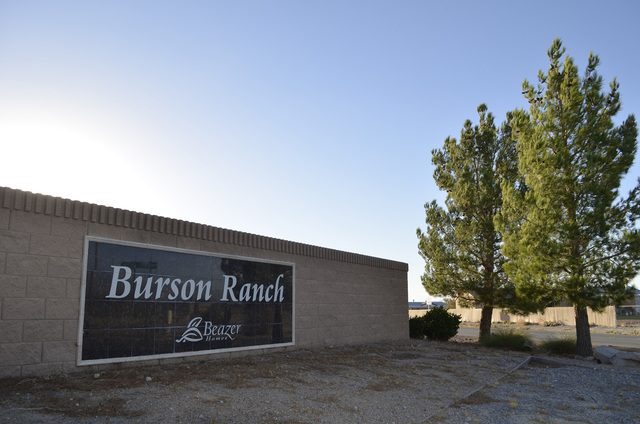 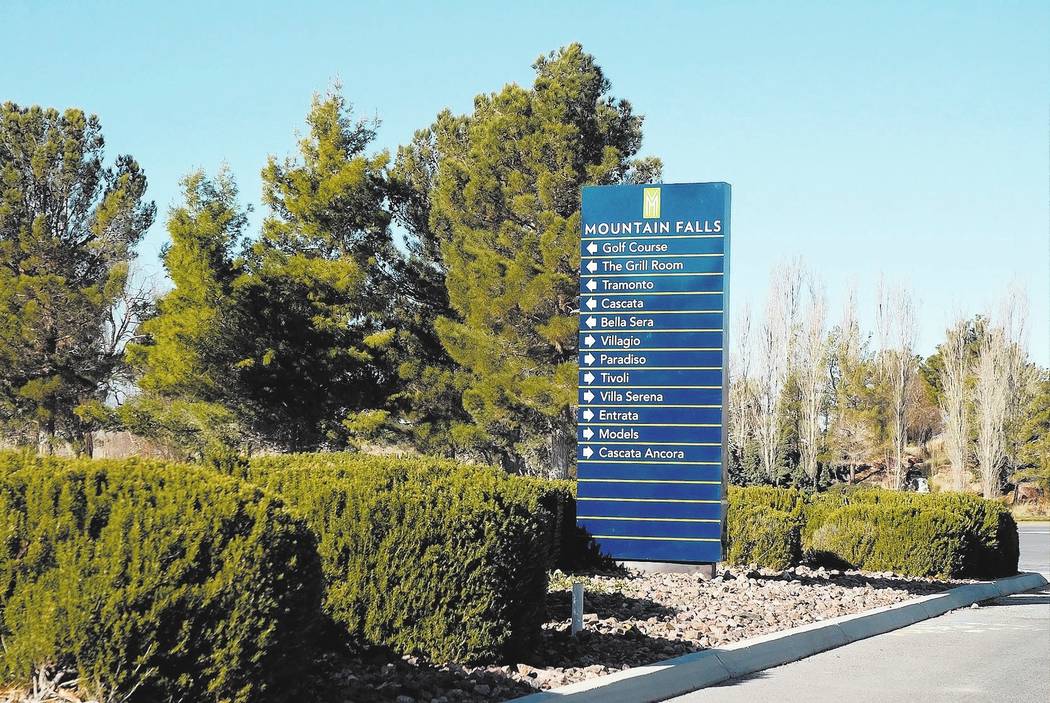 Horace Langford Jr./Pahrump Valley Times William Lyon Homes is working its way through Nye County to bring more homes to Mountain Falls. The home developer is slated to get 145 new residential lots in the Mountain Falls area after gaining approval of its tentative subdivision map in June by the Pahrump Regional Planning Commission.

Bond pointed to the increase in commercial activity as one reason for the rise in home sales and price gains in the area.

Activity on the commercial side includes construction of the 19,097-square-foot retail center for Tractor Supply Co. and the 58,000-square-foot medical center for HealthCare Partners.

Jack in the Box is also entering the Pahrump market with its new space at 640 S. Highway 160 and the Spring Mountain Motorsports Ranch is planning a commercial development as well.

Data from the Pahrump Building and Safety Department shows permits, on all types of building activity, from January 2017 through the end of June totaled 633, compared to 416 in the same time frame in 2016.

Overall, Pahrump saw an increase of 52 percent in that time frame.

“I think that we’re having good steady growth, nothing that is too fast,” said Bond.

The median price on single-family homes is the second highest level between January 2016 to the end of May. In July 2016, the median home price in Pahrump hit $204,000.

Building activity on the residential side has increased over the past twelve months in Pahrump. From July 2016 to the end of June in 2017, the Pahrump Building and Safety Department issued 221 permits for single-family residences.

William Lyon Homes is working its way through Nye County to bring more homes to Mountain Falls. The home developer is slated to get 145 new residential lots in the Mountain Falls area after gaining approval of its tentative subdivision map in June by the Pahrump Regional Planning Commission.

Beazer Homes Holding Corp. updated its development agreement for a residential subdivision in Burson Ranch at Tesora in November, which had expired in 2015. The project calls for 586 single-family homes and 13 acres of park and open space. Beazer is now selling three floor plans starting at $158,990 and up to just under $181,000.

Sales have increased in some of those communities.

Mountain Falls had an increase in closings during the first quarter of 2017. During that period, Mountain Falls sold 15 homes in its Series I and Series II editions, according to a Securities and Exchange Commission filing. In the same period in 2016, Mountain Falls moved 14 homes.