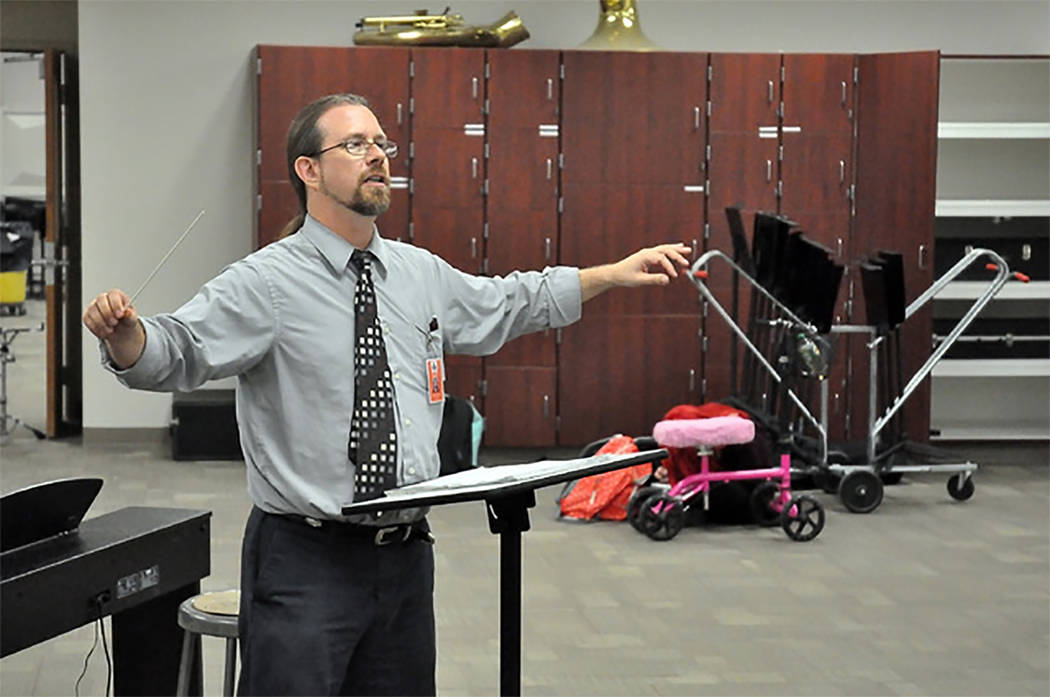 Selwyn Harris/Pahrump Valley Times Pahrump Valley High School Music Director Mike Wineski is hoping to raise enough cash for a trip to perform at a special Pearl Harbor observance Hawaii come December. The final payment is coming due on Oct. 15 and the band is about $9,500 short of its $80,000 target. 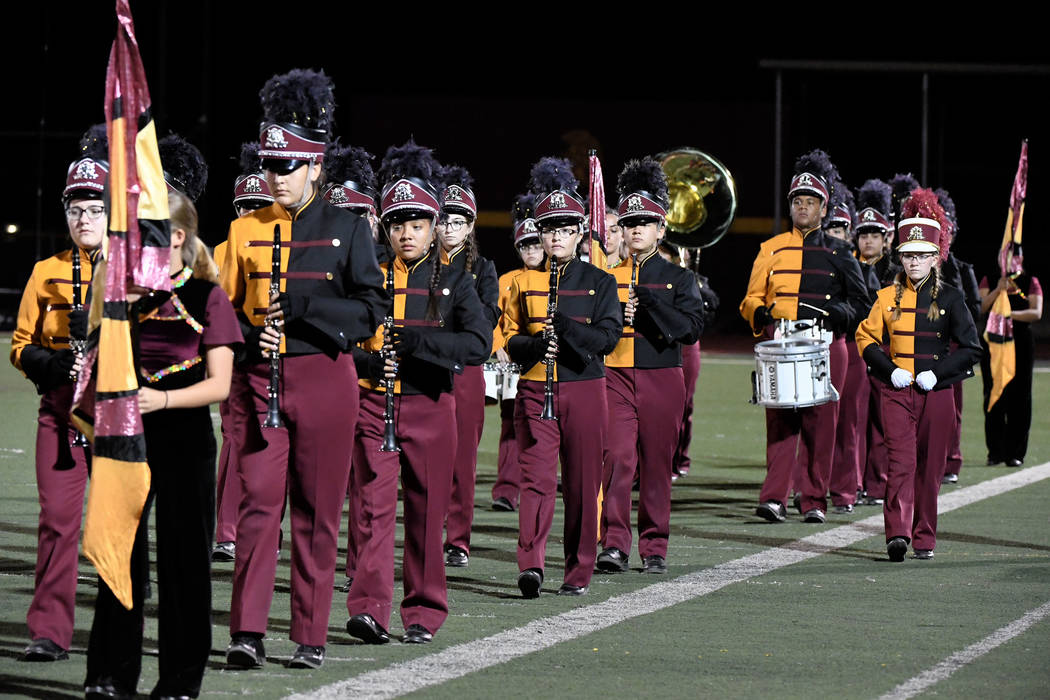 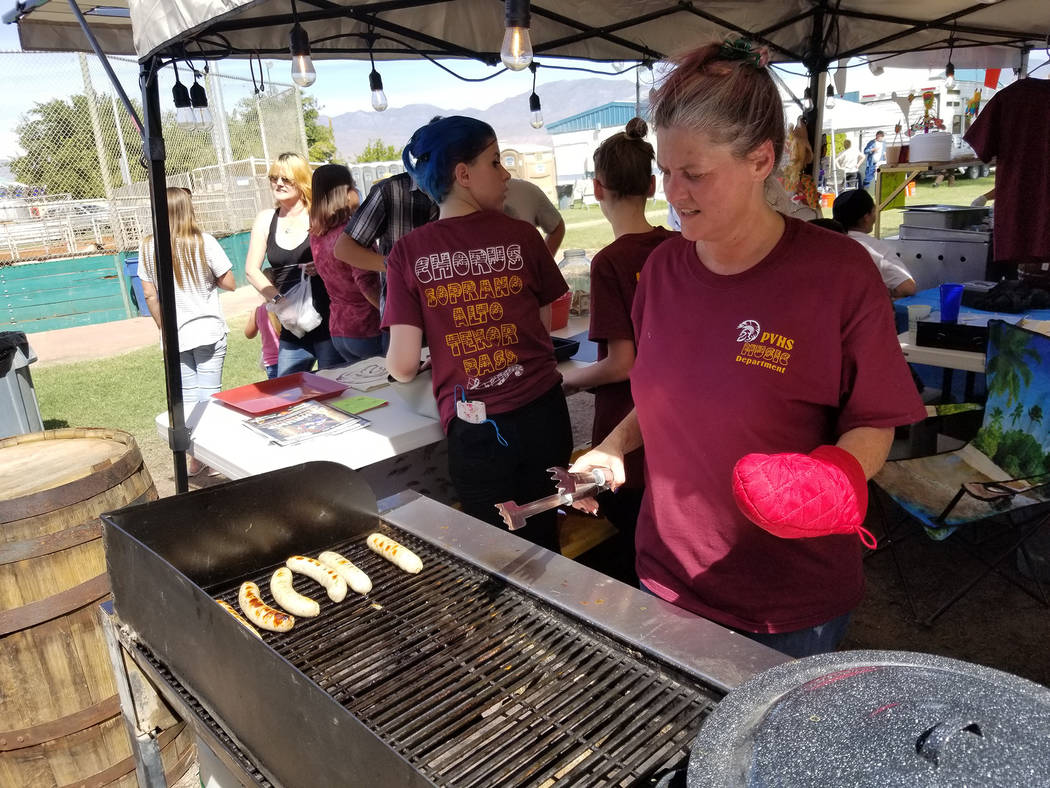 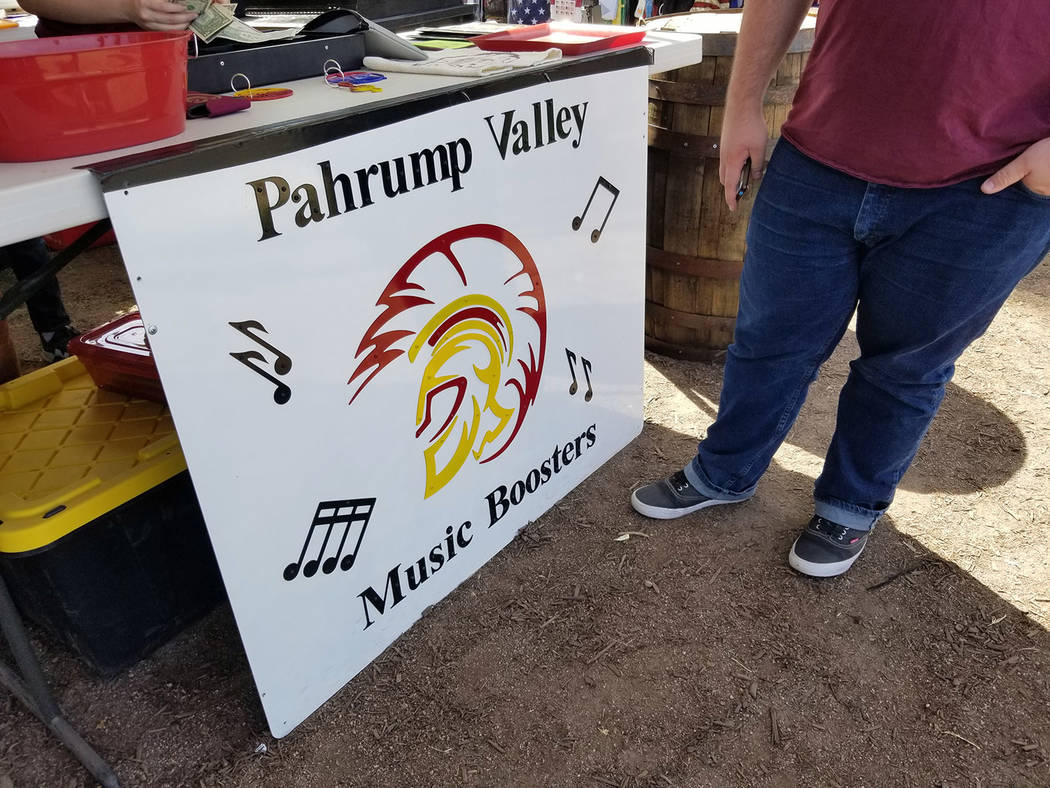 David Jacobs/Pahrump Valley Times The Pahrump Valley High School Booster Club's booth is shown at the Pahrump Fall Festival, which concluded on Sunday. Funds are being raised to send the band to Hawaii for a Pearl Harbor remembrance.

The Pahrump Valley High School marching band is edging closer to meeting its goal of raising enough funds to travel to Hawaii for a special performance to remember the Pearl Harbor attack. The assemblage was invited to perform for the 77th anniversary of the event.

Several efforts so far to raise funding for the trip, including car washes and donations by businesses and individuals, has garnered the band over $70,000 thus far, according to Pahrump Valley High School Music Instructor Michael Wineski.

Nye County commissioners, sitting as the governing board of the town of Pahrump, voted to give $30,000 for the effort earlier this year.

But the band is still about $9,500 short of the needed funds and the deadline for the final payment is needed by mid-October for students that are looking to perform at the annual Pearl Harbor Memorial Parade.

Wineski said the band had a booth at the Fall Festival this year to raise funds for the trip, which helped with filling the gap, he said.

“This is a once-in-a-lifetime opportunity for our band,” Wineski said. “To be able to perform to honor our veterans on the anniversary of the attack on Pearl Harbor is quite amazing.”

“The trip will be from December 5th through December 9th,” Wineski stated in an Aug. 29, 2018 report in the Pahrump Valley Times. “It was a great honor just to be nominated for this event. The principal here and veterans within our community nominated us to the program. They go through a committee and the committee then notified me.”

Wineski said he has heard there is a lot of enthusiasm by students about the upcoming trip, though he hasn’t had a recent group discussion about the trip.