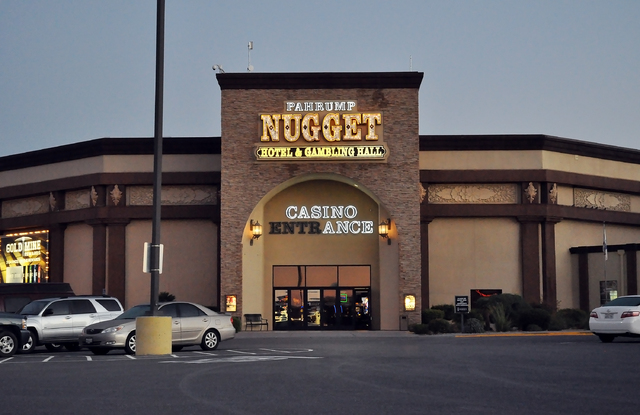 BrainTrust, a Las Vegas marketing agency, will focus on promoting the Pahrump Nugget 250 “Race for the Gold” in the next few months. Visitors are invited to the Pahrump Nugget on Dec. 2 from 9 a.m. to 5 p.m. to see cars and trucks that will race at the contingency and technical inspection, according to visitpahrump.com. Horace Langford Jr./Pahrump Valley Times

The website that promotes tourism in Pahrump is getting more attention from Internet users, according to Las Vegas-based marketing company BrainTrust.

BrainTrust, who helps market the town through the website visitpahrump.com, presented most recent figures to the Pahrump Tourism Advisory Committee.

From January to the end of October, the town garnered more than two billion impressions as the town of Pahrump was mentioned in 199 statewide and national stories that had more than $17 million in publicity value, according to the presentation.

Among those referrals were 2,324 from the website, 739 from mobile, and 177 from tablets, said Jennifer Jo, senior account executive at BrainTrust.

“A lot of the people who are booking rooms are still going through the portal by website versus mobile or a tablet,” she said.

The total number of visits to the website was 74,275, a 27 percent increase year-over-year.

“This is incredible,” said Arlette Ledbetter, tourism director for the town. “Our projection is that we would not see over 15 percent after we saturated some of the markets with our marketing. So, we are running almost double to our projection.”

“A lot of people come to the website to look at Pahrump and visit the different accommodations. That has a lot to do with all the different digital as well as social media campaigns that we are running,” Jo said.

Nevada residents topped the list of website visitors with visits with 49.05 percent. They were followed by California residents with 25.22 percent, Arizona, 3.69 percent and Texas, 2.92 percent.

Overall, 88.97 percent of the website users were from the U.S. Users from Canada were in a distant second place, with 11 percent and users from India were in third place with 1.63 percent.

In September and October, there were 45 stories online, with $13.4 million in publicity value and $1.6 billion in impressions. Some of the events, such as the Pahrump Fall Festival and Grape Stomp, propelled the town to the large outlets such as Yahoo.com and the Los Angeles Times.

Ledbetter credited the partnership with Travel Nevada for the numbers.

“We have a good relationship with Travel Nevada, and so by country, it’s usually their representative that we’ve met with at one event or another,” she said.