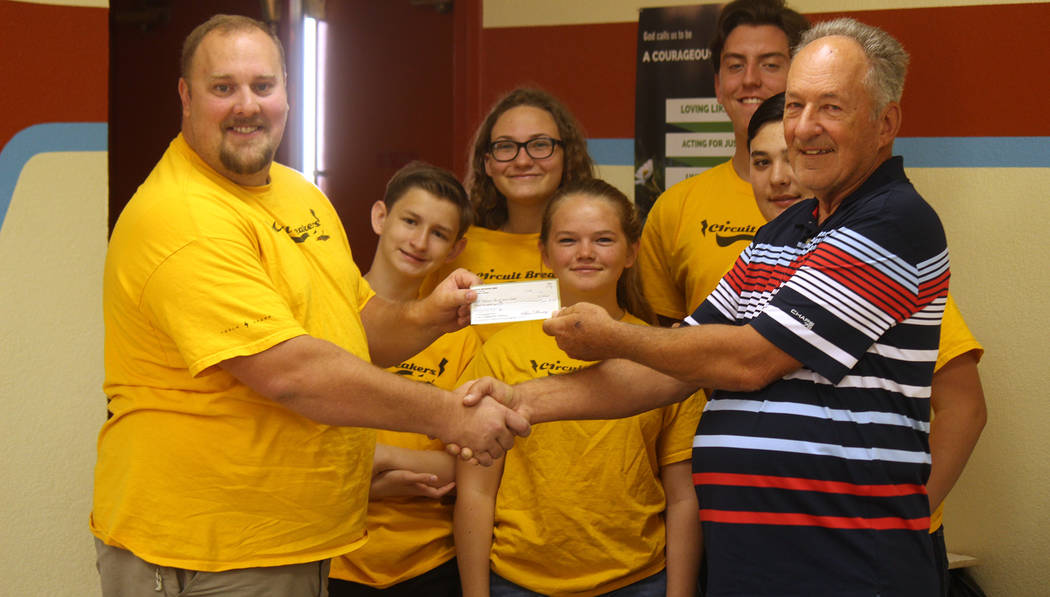 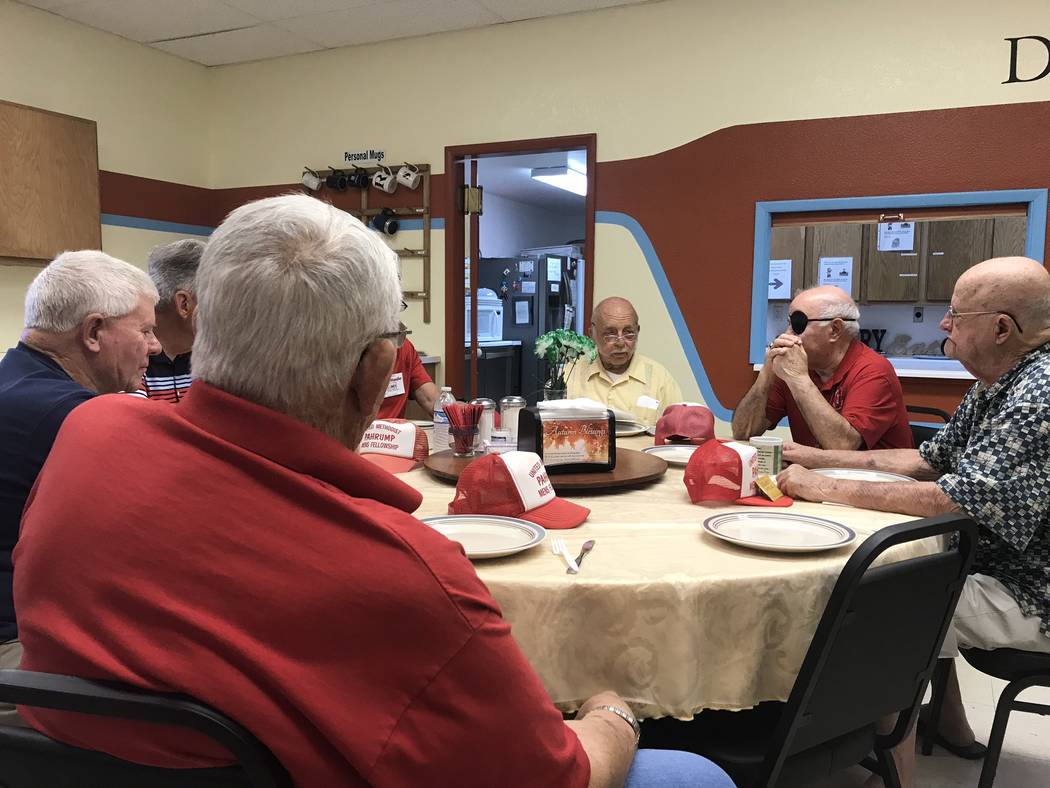 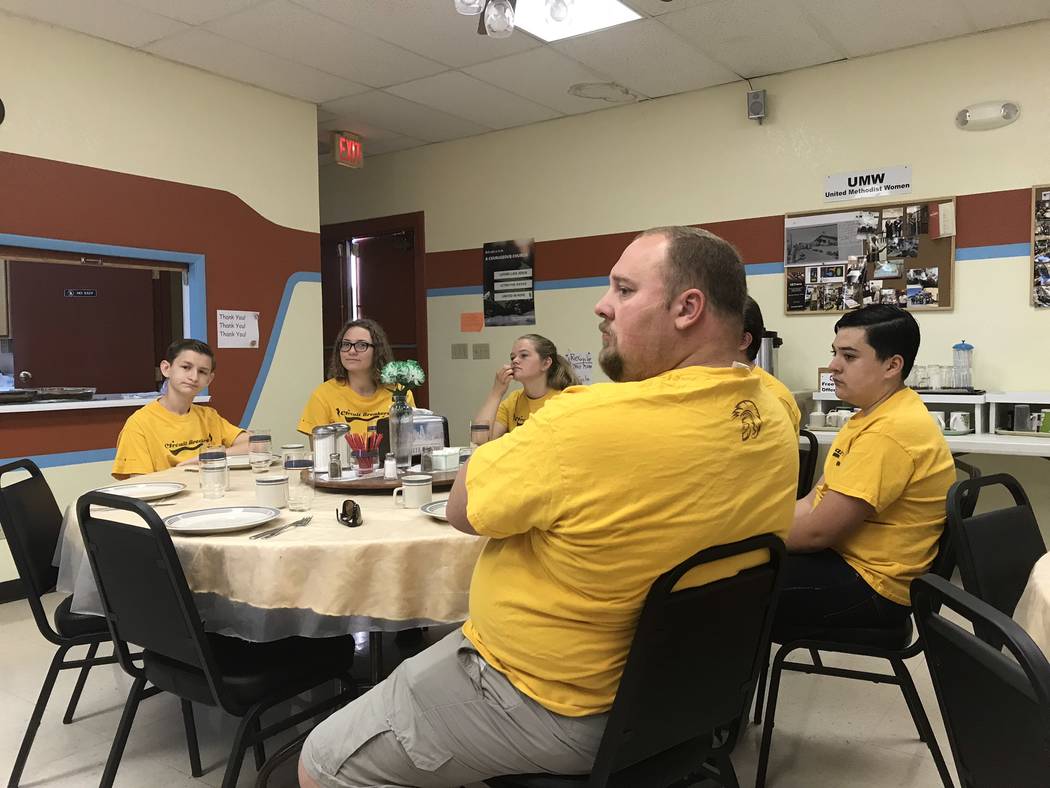 The Pahrump Valley United Methodist Men made a donation in support of Pahrump’s future generations.

Norton said the money was going to be used for an entry fee for the 2019-20 robotics season.

Norton led his team to the end with the winning alliance at the state championships in Las Vegas for the FIRST (For Inspiration and Recognition of Science and Technology) Tech Challenge, a robotics competition. The 2018-19 season was the first year out for the Circuit Breakers.

The Pahrump Valley United Methodist Men donated to the Circuit Breakers using funds from a car show the group puts on during the annual Fall Festival.

Robert Liva, a member of the Pahrump Valley United Methodist Men, said the group took the car show over from the Valley Cruisers of Pahrump, who used to put a car show on during the Fall Festival. The Valley Cruisers announced they were disbanding at the end of 2016 on their social media page.

Liva said he also brought attention to the robotics team to the United Methodist Men.

The number of robotics teams has been on the rise in recent years. A Pahrump Southern Nye County 4-H, Awkward Silence, entered in the 2016-17 season for the FIRST Tech Challenge, the first Pahrump team to do so.

In the 2018-19 season of the robotics competitions, three Pahrump teams went to the state championships: the Circuit Breakers, Awkward Silence and an all-girls team from Pahrump 4-H, the Valkyries.

More than a dozen robotics teams are expected to rise for the 2019-20 season, though not all will be in the FIRST Tech Challenge.

FIRST Nevada, the group that organizes the FIRST Tech Challenge, has a range of competitions it puts together, based on age categories.