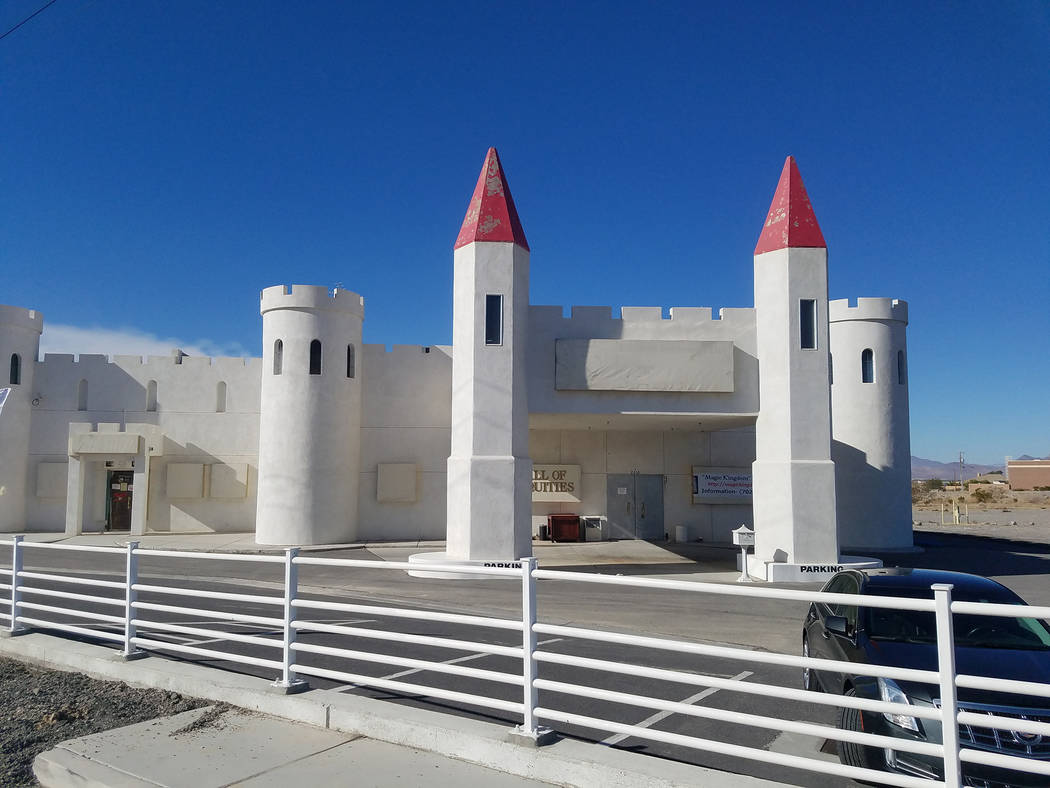 David Jacobs/Pahrump Valley Times A castle-style building at the corner of Homestead Road and Highway 160 is set for demolition. Construction was completed on the building in 2004, according to records from the Nye County Assessor's Office. 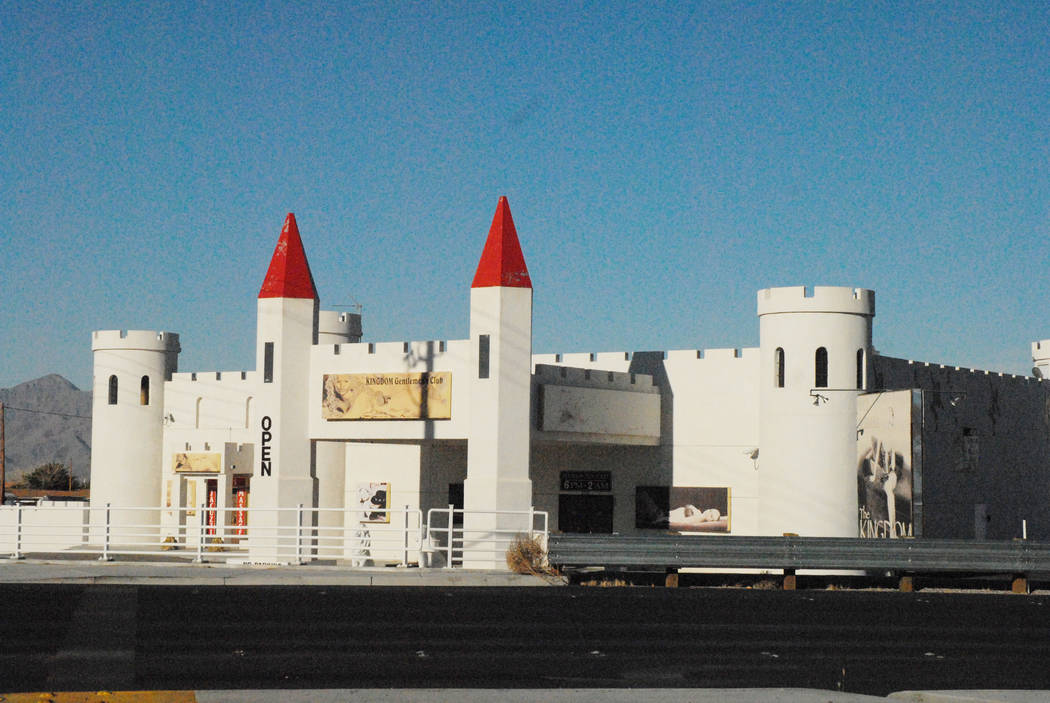 Horace Langford Jr. / Pahrump Valley Times The former site of the once Kingdom Gentlemen's Club is set for demolition. The current owners are looking to redevelop the site. 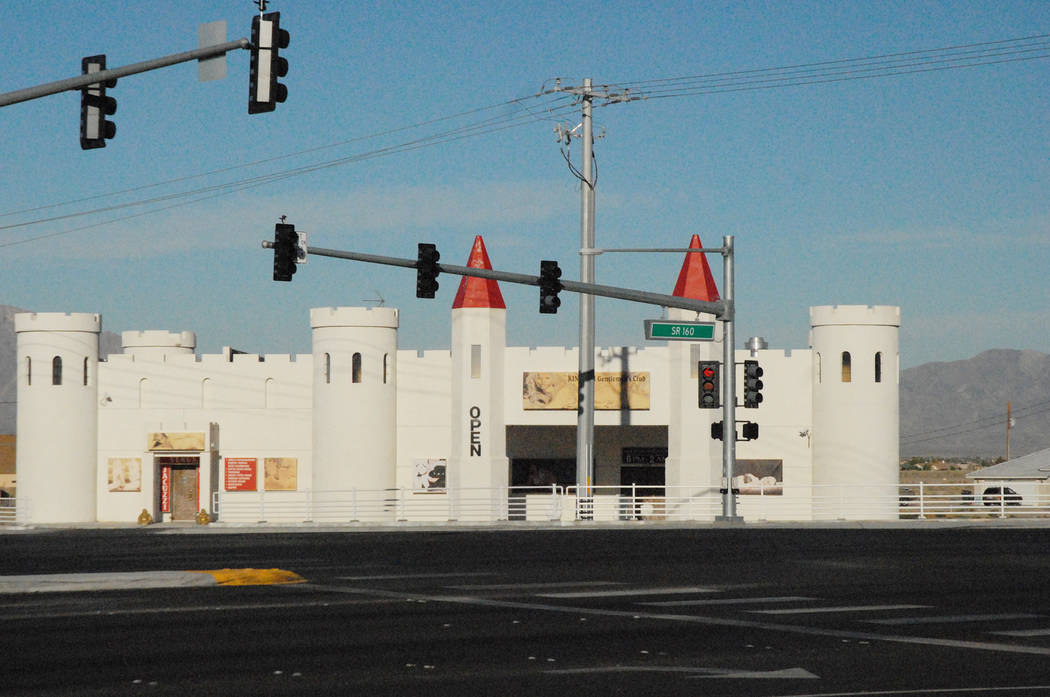 Horace Langford Jr. / Pahrump Valley Times The castle-style building at the corner of Homestead Road and Highway 160 will soon be eliminated from Pahrump's main drag. An owner of the property at 2310 S. Highway 160 stated the building is soon to be demolished. 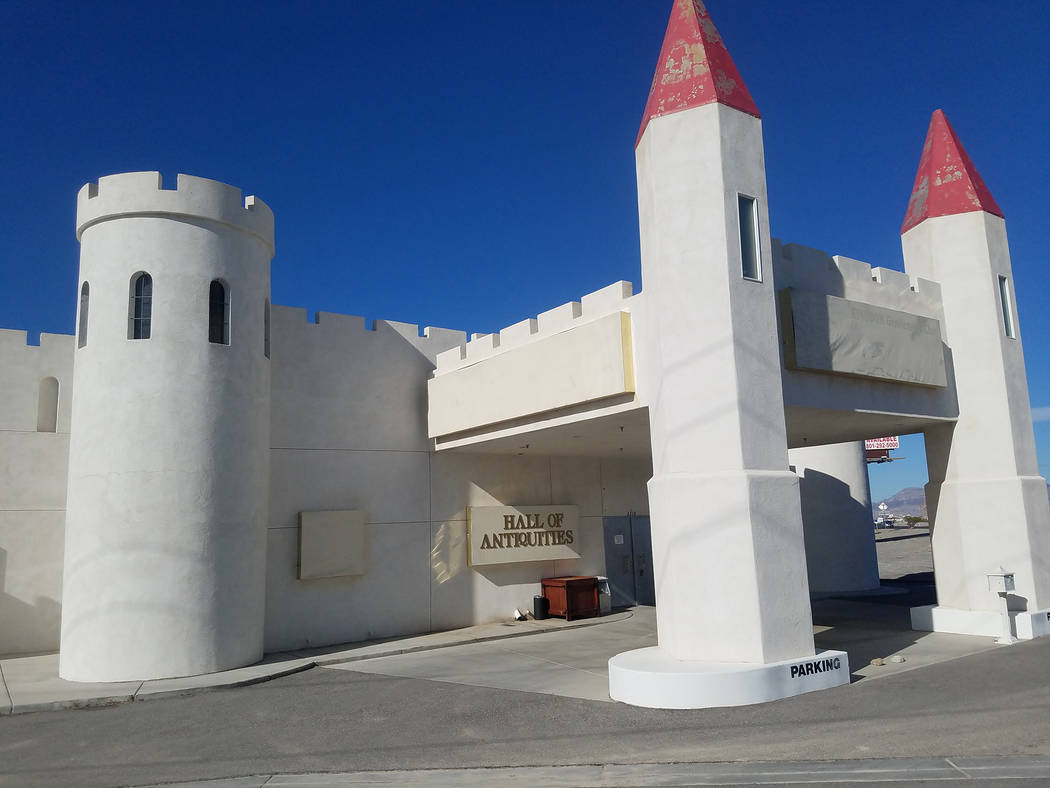 David Jacobs/Pahrump Valley Times Pictured is a castle-style building at Highway 160 and Homestead Road as shown in January 2018. The building is set for demolition.

The castle-style building at the corner of Homestead Road and Highway 160, a recognizable site when arriving in Pahrump from the east, is heading for demolition.

Demolition work by Pahrump-based Full Throttle Excavation could start early-to mid-next week at the 2310 S. Highway 160 property that is most known for its history as a strip club, Kingdom Gentlemen’s Club, which was shuttered in 2014.

The building’s last tenant that vacated the space in early 2018 also took on a similar name, Dr. Peter J. Shield’s Magic Kingdom, though the theme of the business, antiques and other offerings, was of a completely different scope.

Now the site is heading in another direction and a new beginning.

“We are hoping that this sparks some interest on our site,” said Ryan Nestman, one of the owners of the property at 2310 S. Highway 160. “…just to redevelop and make it a nice retail corner. It’s a great site. It’s kind of the first thing you come to from Las Vegas, so we think it will be good for the town.”

Nestman said he is hoping to self-develop the property.

“We would only sell if the company that we’re working with doesn’t want to let us develop it for them,” he said.

The owners of the property are currently in talks with someone, but it’s still in the early stages, Nestman said.

According to Dawn Murphy, of Full Throttle Excavating in Pahrump, the company taking the old kingdom building down, the project was supposed to get underway this week, but there were a few delays.

“It’s kind of a big undertaking, so we’ve got to make sure everything is in its place,” she said.

Murphy said that some of the old furniture from the original kingdom was still in the building.

“Instead of us trying to tear it up and trying to get it removed, we’ve had people down there and taking things out,” she said.

Murphy said her guys think it’s cool they get to tear the building down.

Danny Murphy of Full Throttle Excavation will be performing the work, Dawn said.

The “kingdom” was sold in 2015 to Bountiful, Utah-based GNSL Pahrump LLC, the current owner, according to records with the Nye County Assessor’s Office. Property records also stated that construction was completed in 2004.

Maynard “Joe” Richards, prior owner and developer of the castle-style building, held the property for years and operated a strip club out of it in the heavily-traveled area of Pahrump on Highway 160.

Richards was also known for his list of bordellos in Nevada: Cherry Patch 2 in Lathrop Wells; and Cherry Patch Ranch and Mabel’s brothel in Crystal—brothels he held for decades.

In 2015, Richards sold his “kingdom” in Pahrump. He was also the owner of what was known at the time as the Death Valley Gateway Gazette, which he purchased in 1992, according to a Dec. 27, 2017 report in the Pahrump Valley Times.