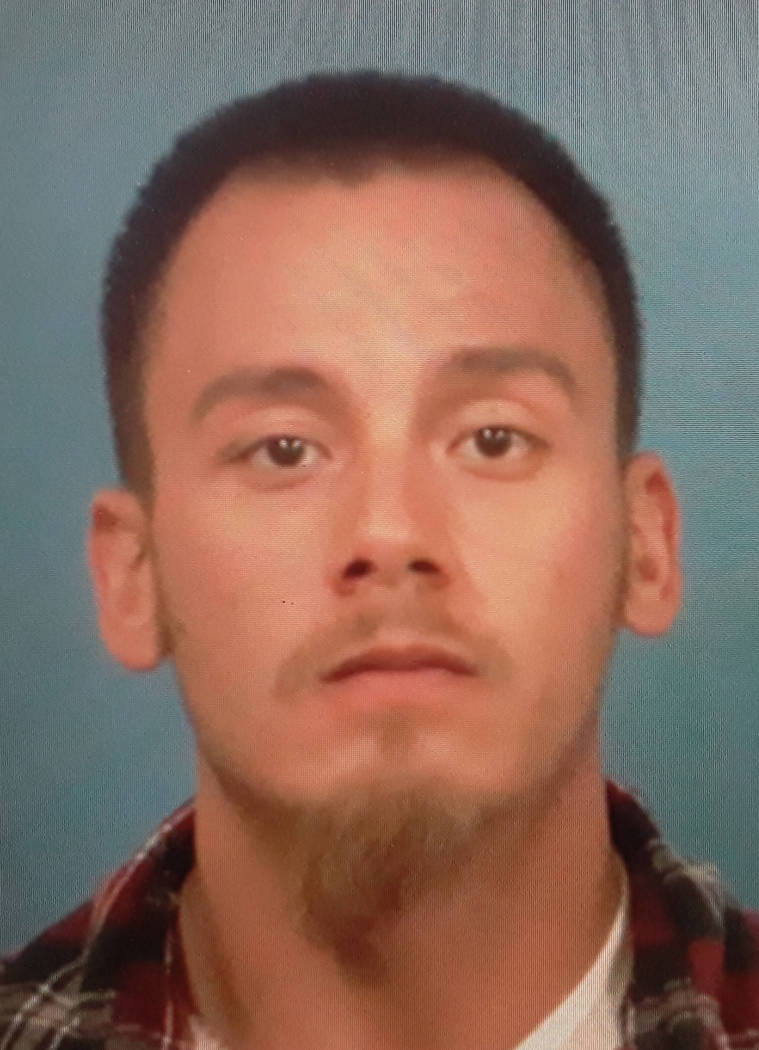 Special to the Pahrump Valley Times David Kehoe, age 22, of Pahrump, was arrested on suspicion of attempted murder, battery with a deadly weapon, and two failure to appear warrant charges on Feb. 21, according to the Nye County Sheriff's Office.

A Pahrump man was arrested after a hit-and-run crash where the Nye County Sheriff’s Office alleges that he intentionally ran over a motorcyclist multiple times near an intersection north of State Route 372, along S. Blagg Road.

David Keogh, 22, of Pahrump, was arrested on suspicion of attempted murder, battery with a deadly weapon and two failure to appear warrants, according to a video release statement from the sheriff’s office.

As stated in a video news release, Operations Sgt. Ann Horak said the incident occurred on Friday, Feb. 21, at approximately 5 p.m., when deputies were dispatched to the intersection of Blagg Road and Comstock Street in response to a report of a hit and run involving a motorcyclist and a gold sedan.

“When deputies arrived on scene, they saw a red motorcycle on the side of the road,” Horak said. “The rider was lying on the ground, bleeding and badly injured, and told deputies that he was intentionally run over. Witnesses informed deputies that a car rear-ended the rider, ejecting him from the motorcycle and running them over two more times, before leaving the scene.”

Horak went on to say that during further investigation, deputies obtained video surveillance from the Horizon Market on State Route 372 and Linda Street, where they observed a red motorcycle being pursued by a gold car.

“Keogh told deputies that the altercation with the victim began at the Pahrump Balloon Festival and that he did rear-end the victim on his motorcycle,” Horak said. “Deputies uncovered Keogh’s gold Toyota vehicle covered by a tarp in his backyard.”

Keogh was arrested and booked into the Nye County Detention Center, Horak said in the video statement.

The Nye County Sheriff’s Office did not divulge any further information as to the condition of the victim.