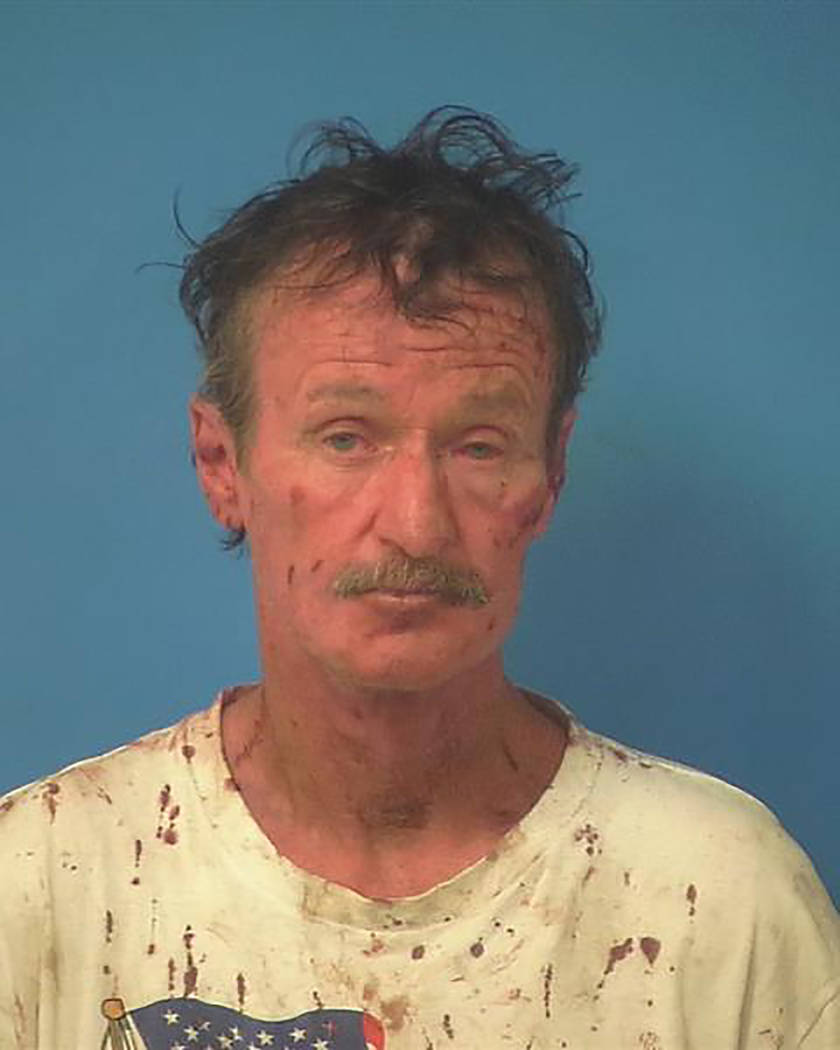 Special to the Pahrump Valley Times Pahrump resident Daniel Webb remains behind bars at the Nye County Detention Center where he faces numerous charges including attempted murder, stemming from a potentially deadly situtation on Monday evening Aug 21. He is being held on a $73,640 bond.

A Pahrump man is facing more than a half dozen charges following what was a potentially deadly incident at a south end residence.

Nye County Sheriff’s deputies and detectives responded to the home along the 8400 block of Old Spanish Trail for a reported physical domestic battery in progress at 8 p.m., Monday evening, Aug 21.

Stated in a sheriff’s office news release, the suspect, Daniel Webb, 59, was in possession of a firearm, where he allegedly discharged the weapon several times.

Nye County dispatch informed deputies and detectives on the scene that all parties at the residence were fighting, as multiple sheriff’s office units were dispatched to the address.

Before attempting to make contact with the individuals inside the home, responding deputies and detectives set up a staging point and met with the reporting party to obtain further information.

“The reporting party informed deputies that a male by the name of “Dan” had a gun and was threatening to kill one of the other parties in the residence,” the release stated. “The reporting party also stated that there was a third party in the house and that they all were fighting.”

Shortly thereafter, deputies entered the property and made contact and detained at least three individuals.

“Detectives conducted their investigation, and it was discovered multiple shots had been fired,” the news release noted. “Based on information gathered from interviews and evidence gathered at the scene, it was determined that a firearm had been held to the head of one victim and an act of strangulation had occurred. All subjects were transported to Desert View Hospital via ambulance for treatment, while a search warrant was obtained and carried out on the property.”

Webb was subsequently arrested and taken into custody at the Nye County Detention Center.