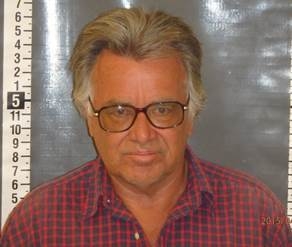 A Pahrump man was sentenced last week on charges stemming from a mortgage fraud scheme he ran.

“The Attorney General’s Office will prosecute those who aim to defraud homeowners,” said Laxalt. “Nevadans seeking assistance with their mortgages are urged to consult HUD-approved counselors.

Under Nevada law, it is generally unlawful for a non-attorney to collect upfront fees for loan modification work before the homeowner signs a contract with their lender modifying the loan.

He would promise to reduce victims’ mortgages within a certain period, eliminate second mortgages and reduce principle interest rates.

Victims paid Choate various fees ranging from $750 and $1,625, under the assumption that he would obtain loan modifications for them using different mortgage assistance programs.

Fifth Judicial District Court Judge Robert Lane of Nye County listened to testimony of the victims before imposing a minimum sentence of eight years and a maximum of 20 years in prison.

He was also ordered to pay $11,500 in restitution, plus additional amounts for monthly fraud protection and legal fees.

If you or anyone you know knows of, or suspects someone of committing fraud, file a claim at: http://ag.nv.gov/Complaints/File_Complaint/.