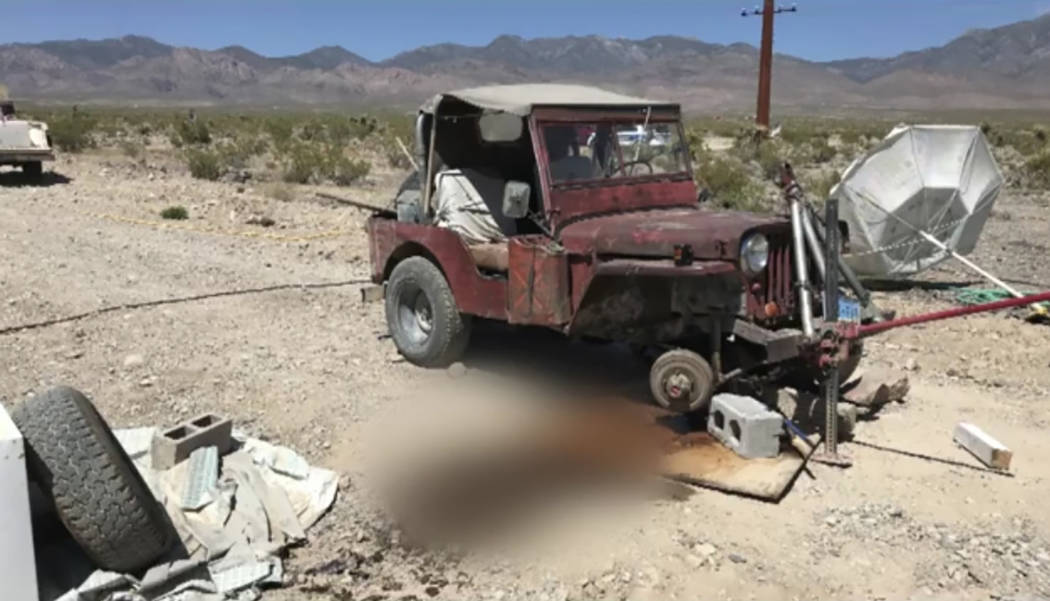 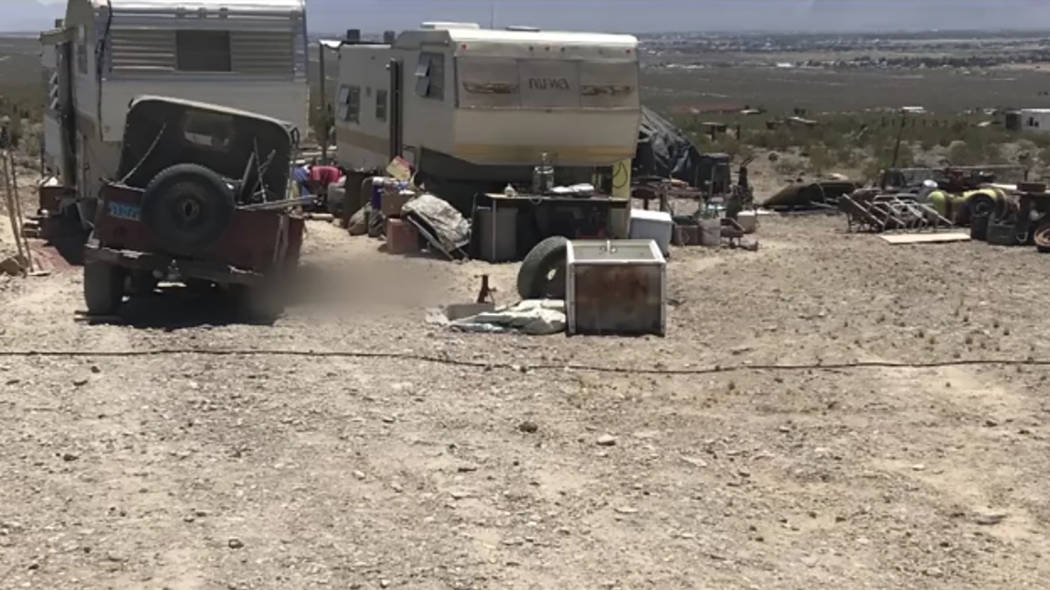 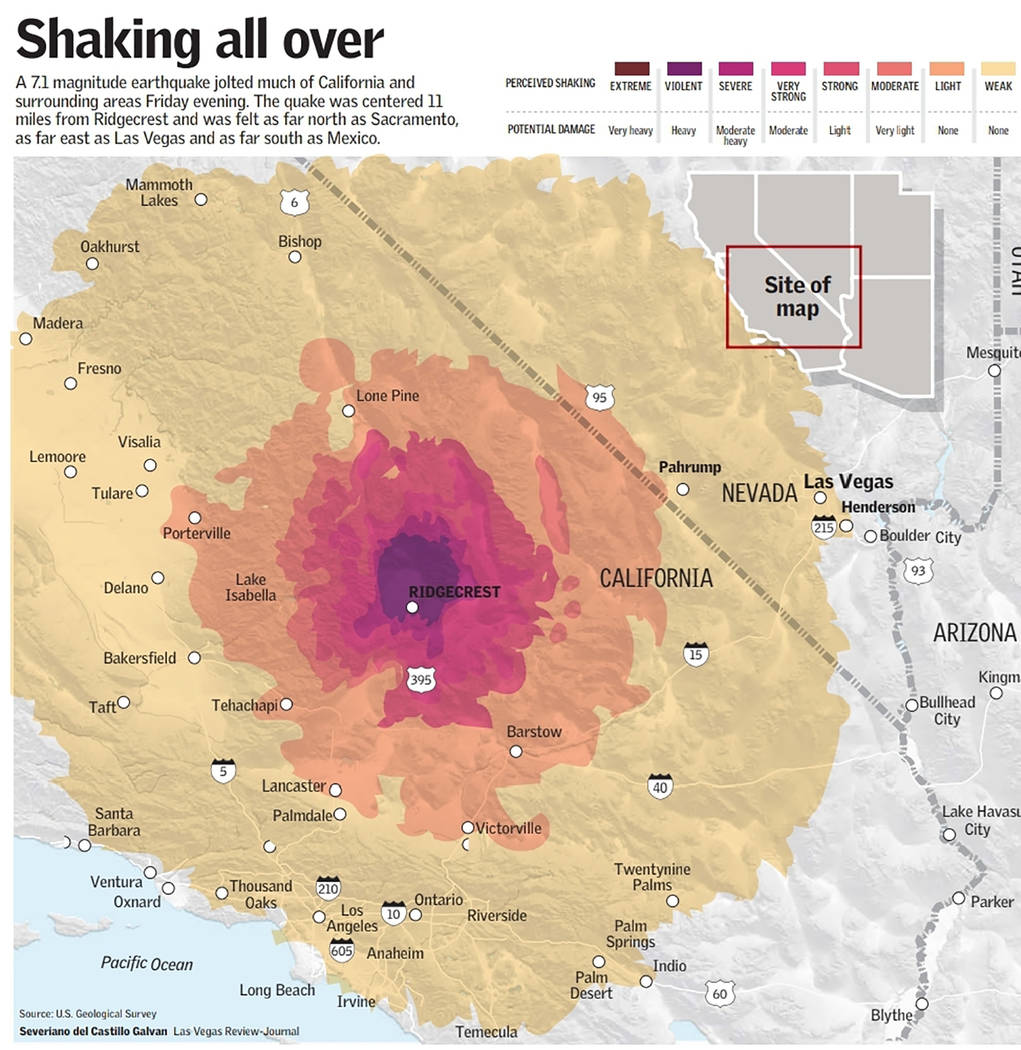 Las Vegas Review-Journal The 7.1 magnitude earthquake could be felt in Pahrump in addition to California and surrounding areas. 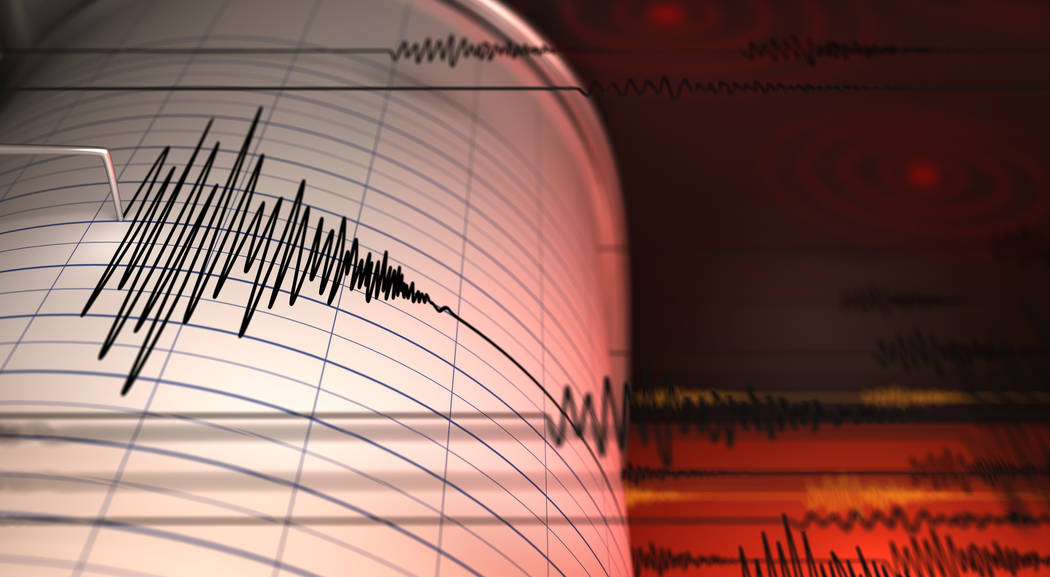 Thinkstock It was on July 4 at approximately 10:30 a.m., when the magnitude 6.4 earthquake struck near Ridgecrest, California, where the shaking was felt in Pahrump

The death of a Pahrump resident is believed to be related to last week’s Ridgecrest, California earthquake, according to the Nye County Sheriff’s Office.

As noted in a sheriff’s office video news release, Sgt. Adam Tippetts said deputies responded to a residence in the area of Becky Lane and East Fort Churchill Road after Nye County dispatch received a report of a man lying beneath a vehicle at approximately 1 p.m. on July 9th.

It was on July 4 at approximately 10:30 a.m., when the magnitude 6.4 earthquake struck near Ridgecrest, California, where the shaking was felt in Pahrump, thus the man was underneath the vehicle for roughly five days before being discovered, according to the sheriff’s office, who did not indicate whether anyone witnessed the incident.

“Upon arrival, deputies located a 56-year-old deceased male pinned under a vehicle,” Tippetts said. “The vehicle that the male was pinned underneath had been jacked up safely, and based on the position of the body and the tools found at the scene, the male appeared to be working on the vehicle at the time of his death.”

The initial investigation, Tippetts noted, revealed that the male was last seen alive at a local gas station on Wednesday, July 3rd.

“Based on the preliminary timing and circumstances at the scene, the Nye County Sheriff’s (Office) investigation revealed the man’s death may be the result of the vehicle falling off its jack on July 4th during the earthquake,” he said. “The identification of the deceased male is being withheld pending notification of next of kin. Further information will be released when the investigation has concluded.”

Dr. Craig M. dePolo, an earthquake geologist with the Nevada Bureau of Mines and Geology, located on the University of Nevada Reno campus, noted that there have been no recorded deaths in Nevada that can be directly attributed to an earthquake.

“I’ve researched the historic earthquakes trying to tabulate the effects,” he said. “It’s something that we focus on a little bit, and up until this recent death, which is really sad to hear about, we haven’t had a recorded death that can be directly attributed to an earthquake in Nevada.”

The earthquake expert did say that more than 10 years ago, an earthquake in Wells, Nevada appeared to have indirectly contributed to the death of a man.

“He owned most of the buildings that were damaged up there during the Wells earthquake, and he had a heart attack about a month later and passed away,” he said. “That earthquake must have contributed to the stress of that individual, but it wasn’t a direct effect.”

Additionally, dePolo did say that Nevada, like California, is considered to be an earthquake state.

He also noted that since 1857, Nevada has experienced 23 earthquakes of a magnitude 6 or greater.

He also said that there have been just a few times in history where Nevada experienced groups of earthquakes.

“In 1914, we had magnitude 6 and a 6.4 in Reno,” he said. “In October 1915, we had the largest earthquake in Nevada’s history which was a 7.3, so there’s kind of a little group there, but probably the most prominent group of earthquakes occurred in 1954 in Churchill County. Those were five earthquakes of magnitude 6.1 or greater, over a period of about six months.”

Regarding seismic faults in Nevada, dePolo noted that his research shows Pahrump has an abundance of what’s known as “quaternary faults” on the south end of town.

Quaternary faults are defined as active faults that have been recognized at the earth’s surface and which have evidence of movement in the past 1.6 million years.

“I counted them up one day, and we have over 1,500 quaternary faults in the Pahrump Valley,” he said. “We have a dramatic example, which is the Pahrump Valley fault system. It starts down in the dry lake bed area and then it continues on into Stewart Valley, but then it dies out up into the Amargosa Valley.”

Regarding last week’s back-to-back Ridgecrest area earthquakes, dePolo said it remains uncertain whether it was an indication of a larger one coming.

The second more powerful earthquake was felt in Pahrump on Friday, July 5, and measured a 7.1 magnitude on the Richter magnitude scale.

That earthquake also struck near Ridgecrest, California, which is roughly 180 miles by vehicle, southwest of the Pahrump Valley.