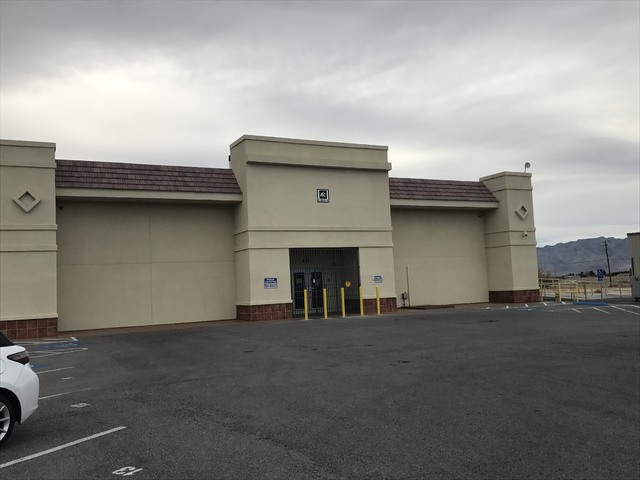 An order of summary suspension of registration was served to ACC Industries, Inc. located at 1261 E. Calvada Blvd., on Tuesday, which halts the medical marijuana cultivation facility’s right to sell its product, but it can still harvest. Mick Akers/Pahrump Valley Times

An order of summary suspension of registration was ordered to be served to ACC Industries, Inc. on Dec. 9 by the Nevada Department of Health and Human Services and the Medical Marijuana Program Bureau with assistance from the Nye County Sheriff’s Office.

A meeting with members of the office of the attorney general, the Nye County district attorney, the Nye County manager and the chairman of the Nye County Board of County Commissioners was held to determine a realistic, fair and lawful plan for ACC Industries going forward, due to the order being served within the state of Nevada.

A plan outline and contingencies were created and the order of summary suspension of registration was served to ACC Industries, located at 1261 E. Calvada Blvd., on Tuesday by representatives of the Medical Marijuana Program, Nye County Sheriff’s Office, Nye County district attorney’s office and the Nye County Board of County Commissioner chair.

ACC Industries representatives were “cordial and cooperative” throughout the entire process, according to the Nye County Sheriff’s Office.

A thorough audit of the ACC Industries building and processes occurred in accordance with the state’s regulation plan. Specific items will be identified, discussed and a restoration plan will be developed which will be overseen by the state and county.

If the ACC Industries facility does not comply with the state’s direction, the facility’s registration certificate will be revoked and the facility will be permanently closed.

ACC Industries CEO Howard Misle said he was caught off-guard by the order of suspension.

“My reaction was that I was kind of shocked,” Misle said. “I don’t feel that this should have happened. I don’t think that they should have basically suspended us, but we always comply with the rules and complied with everything that the state, the county and the town asked of us.

“Yeah, this came as a real shock.”

Misle explained the issues which brought on the order of suspension mainly revolve around computer software issues.

“One of the items has to do with the state-sponsored computer software,” he said. “We’ve worked with that software company to try and fix the problem. Unfortunately, it’s not a problem that we created, it was thrown on top of us.”

In addition to the problem with the state-sponsored program, Misle said there has been reporting problems with the MJ Freeway software system, which offers business solutions for marijuana establishments.

“We have been working diligently trying to get that problem fixed for several months and we have not had the cooperation from the MJ Freeway system and I believe a lot of people in the industry have also had numerous problems with the system.

Misle said that he has a team of employees headed to Colorado to meet with the developers of MJ Highway, to see if they can get that issue squared away.

In addition, Misle said that a surveillance issue in the facility also needs to be addressed.

“There was a camera issue,” he said. “There are some additional cameras that need to be put up. We have 42 cameras in the facility and I think they wanted three more. One covering the garbage bin.”

Misle said that during the suspension ACC can still operate and harvest, but they can’t sell the product. No jobs are expected to be lost over the issues at this time but depending on how long it lasts, that could change.

“We have product to sell but we have to halt that right now until we can figure out how to fix the software system that was created by somebody else and thrown onto us by somebody else.”

“I don’t think it’s going to affect us all that much initially, but if it goes on too long it could have a real bad affect on us,” Misle said.

Aside from the possible financial ramifications, the media attention is something that worries Misle.

“When you make the news for something like this it makes everybody in the industry say, ‘look there, look here, look there’,” he said. “So that’s the inference that we’re not in compliance and that we’re not doing things properly, yeah, I think that could have some impact on us.

“I’m hoping for people to see it for what it really is and that it doesn’t affect our business,” he said.