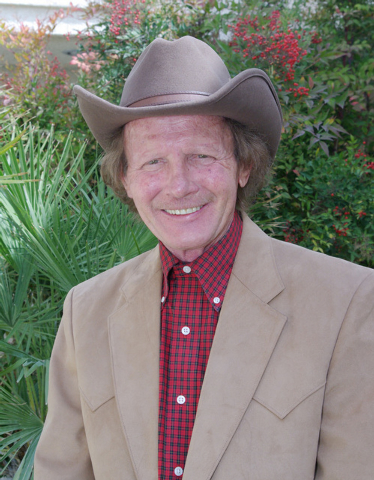 A Pahrump man who ran unsuccessfully on forward-looking platforms in nine government races between 1978 and 1992 has died.

Paul Holder, 71, died of heart failure Oct. 25 in his Pahrump home, according to a family member.

Holder ran for Nye County Commissioner of District 5, losing to Laurayne Murray in the Democratic primary 318 votes to 255, a margin of 55.5 percent to 44.5 percent, Murray then lost to Republican Dan Schinhofen in the general election. During the campaign Holder accused Murray of plagiarizing his campaign slogans. As part of his platform his wanted to abolish zoning and the Pahrump Regional Planning District master plan.

Holder, owner of the now-closed Stu-Mar Bootery on Fremont Street in Las Vegas and at a second downtown location, ran for governor unsuccessfully in 1978 with aims to decriminalize marijuana, a topic that only recently resurfaced in Nevada politics.

“He was way ahead of his time,” said Holder’s brother, Alan Holder. “He felt that the police were really being distracted from what they were supposed to be doing having to deal with small amounts of marijuana (less than 2 ounces).”

Holder, who moved to Las Vegas in 1967 after graduating from high school in New Jersey, was a candidate in eight other city and county races including the 1983 race for Las Vegas mayor.

The shoe salesman ran his campaigns on topics such as fire safety in casinos after the MGM and Hilton fires of 1980 and 1981, zoning ordinances that would prevent dumping on his ward’s vacant lots, and maintaining Las Vegas’ standing as the gambling capital of the world despite a national recession in 1983.

“Paul was always unique in the way he pursued things,” Alan Holder said. “I would call him a crusader.”

In his 1983 race for mayor, Holder refused to accept campaign contributions or spend money on his campaign, but believed he could upset a two-time incumbent with positive imagination and cogent strategy.

“Paul was a go-out-and-really-rub-shoulders-with-people type of guy,” his brother said. What little money Paul Holder did spend on his campaigns was used for flyers that he and his wife and friends would hand-deliver, Alan Holder said.

Beginning with his race for governor, beyond his most recent campaign for Nye County commissioner in 2012 and until his death, Holder worked diligently to help reform marijuana laws, his brother said.

Paul Holder compared the hysteria surrounding small amounts of personal marijuana to the fear propagated during the Salem Witch Trials. He would joke that if the witch trials and pot searches were conducted in the same manner, police would be stopping people’s cars looking for broomsticks and flying monkeys in their backseats, Alan Holder laughed in remembrance.

“He had a sense of humor about it, but he firmly believed we were out of kilter,” Alan Holder said of his brother.

Paul Holder retired and moved to Pahrump with his wife, Sheila, in 2010.

In addition to his wife, Holder is survived by his son, Timothy, who lives in Los Angeles, as well as three sisters and three brothers.

Holder’s family held a private service in his memory on Tuesday.