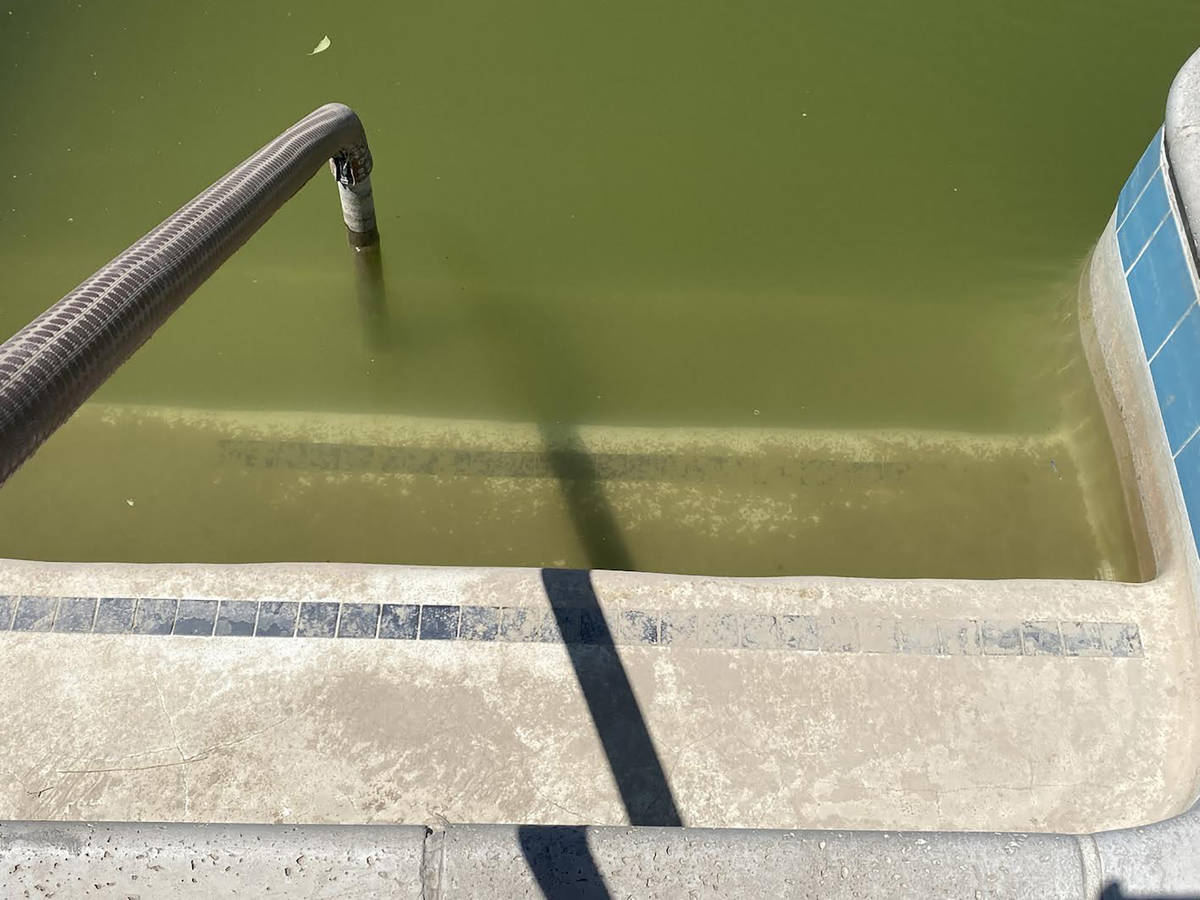 Special to the Pahrump Valley Times This photo provided by Nye County shows the steps leading into the Pahrump Community Swimming Pool, which was flooded with muddy water as a result of storms in late July. 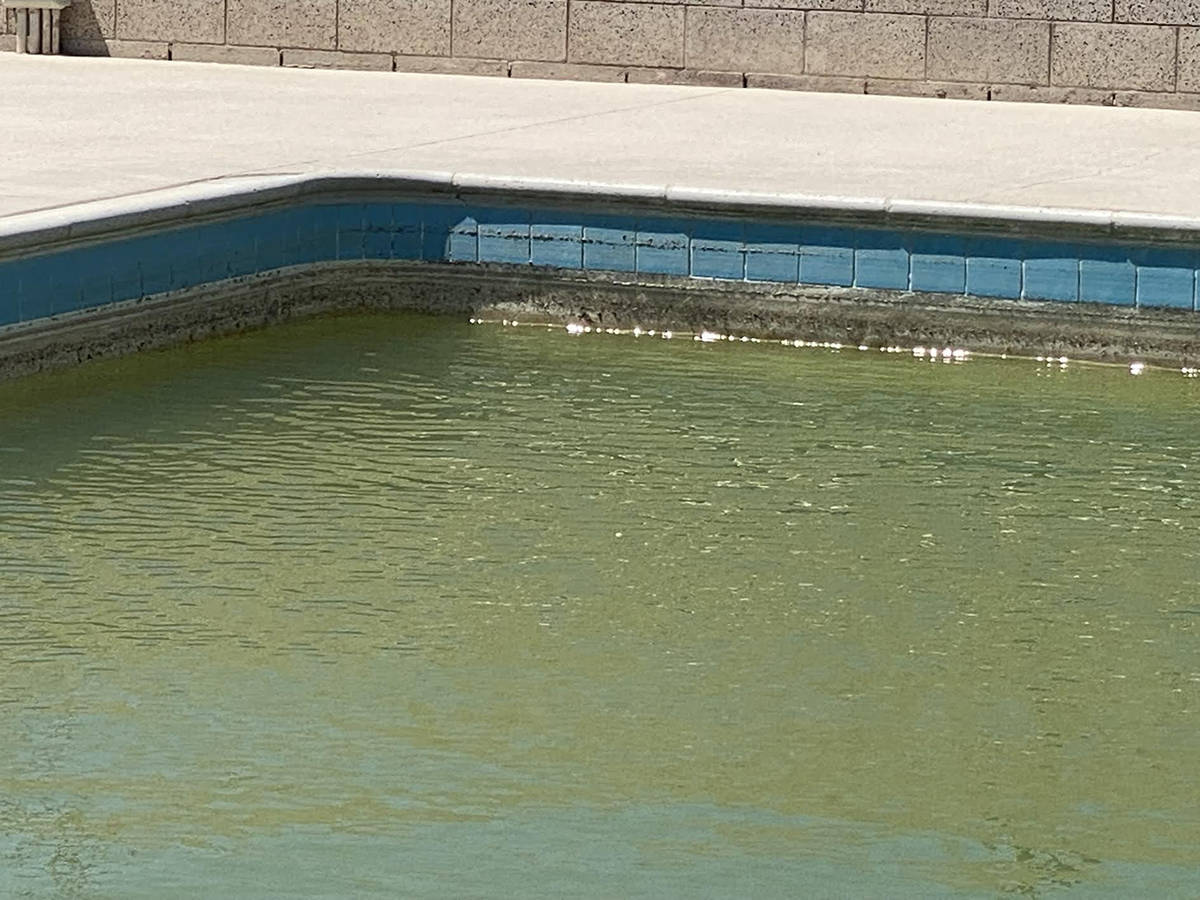 Special to the Pahrump Valley Times The Pahrump Community Swimming Pool, which is still in need of cleaning, will not reopen this summer. 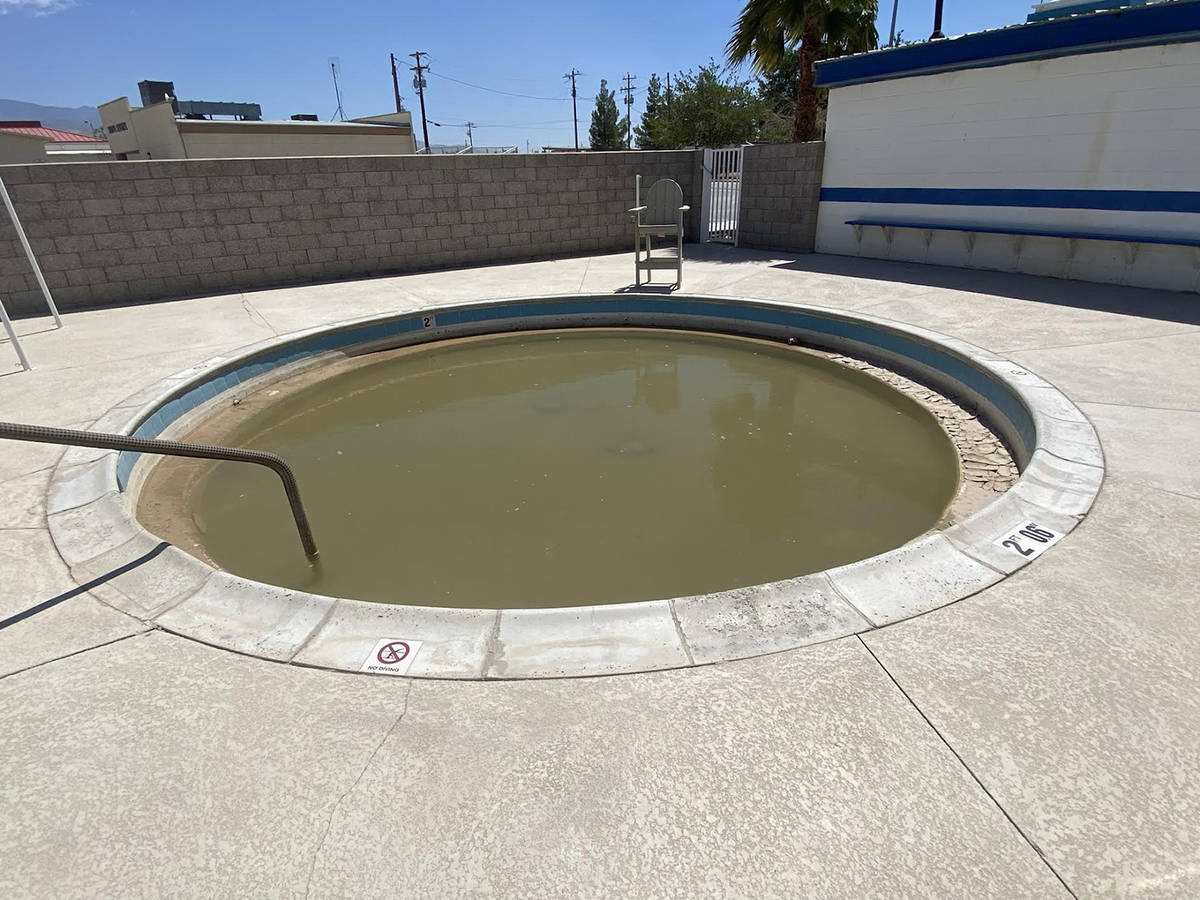 Special to the Pahrump Valley Times The kiddie pool at the Pahrump pool facility was also flooded with muddy water. 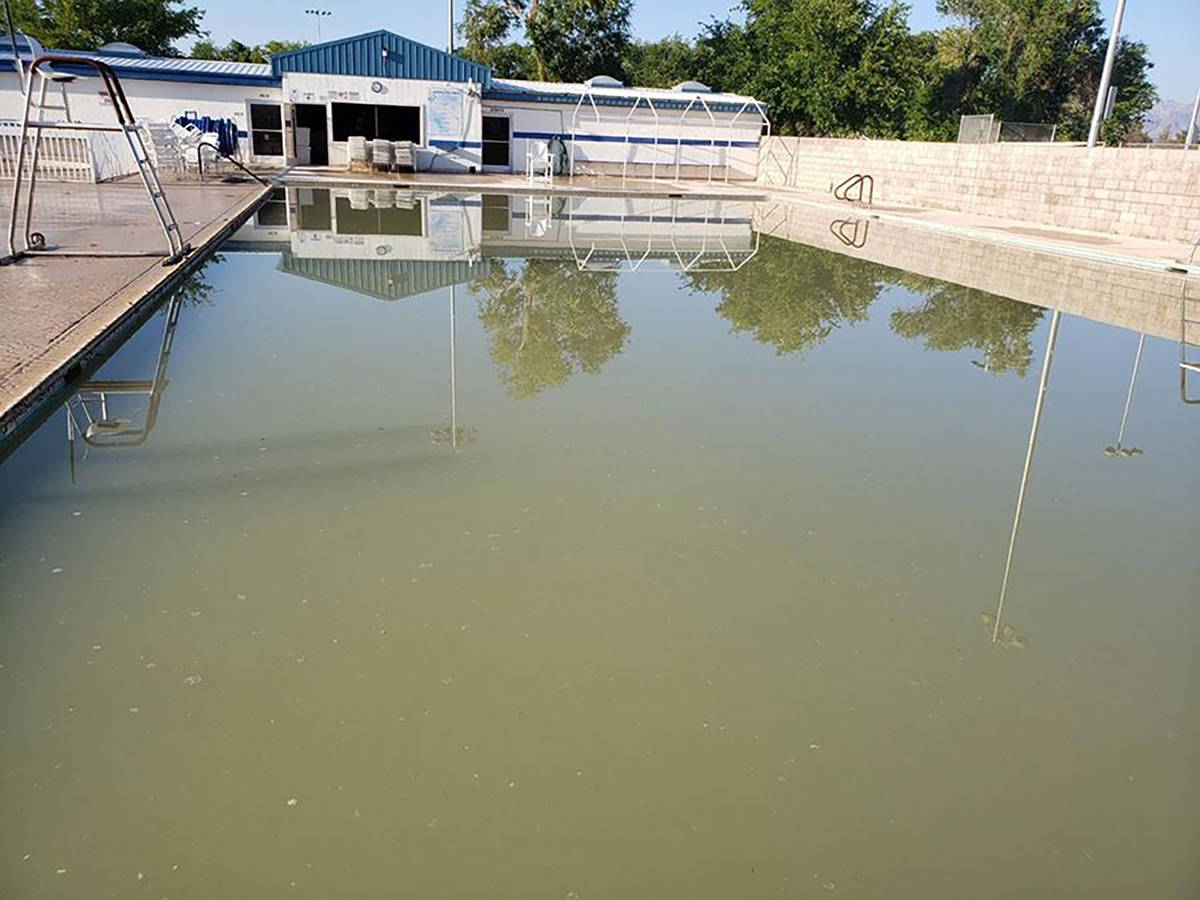 Much to the chagrin of locals who utilize the facility as a summertime cool-down spot, the Pahrump Community Swimming Pool was closed on Tuesday, July 27 due to the damage wrought by two fierce thunderstorms that rolled through the valley in late July.

Though Pahrump and Nye County officials were hoping to see that facility reopened within a couple of weeks, the mid-August projection for reopening has come and gone without the doors being thrown open to the public and it has now been announced that the pool will remain shuttered until next summer.

The town is still in the midst of remediating the damage caused by floodwaters that made their way into the community pool, turning the once-crystal, clear blue waters into a mass of muddy filth, and as the pool normally closes for the season after the Labor Day holiday, there is simply not enough time for the work to be completed before the weather begins to turn as the autumn season approaches.

“Due to the extent of the damage during the late July storms to the Pahrump Community Pool, the facility will not reopen this season,” Nye County Public Information Officer Arnold Knightly told the Pahrump Valley Times when asked for an update on the situation.

“The town of Pahrump is working with a contractor to drain the pool and dispose of the unsanitary water in a safe manner,” Knightly noted. “The pool will then need an extensive cleaning. We understand the pool is an important gathering place for the community, but the health and safety of its patrons are of the utmost importance.”