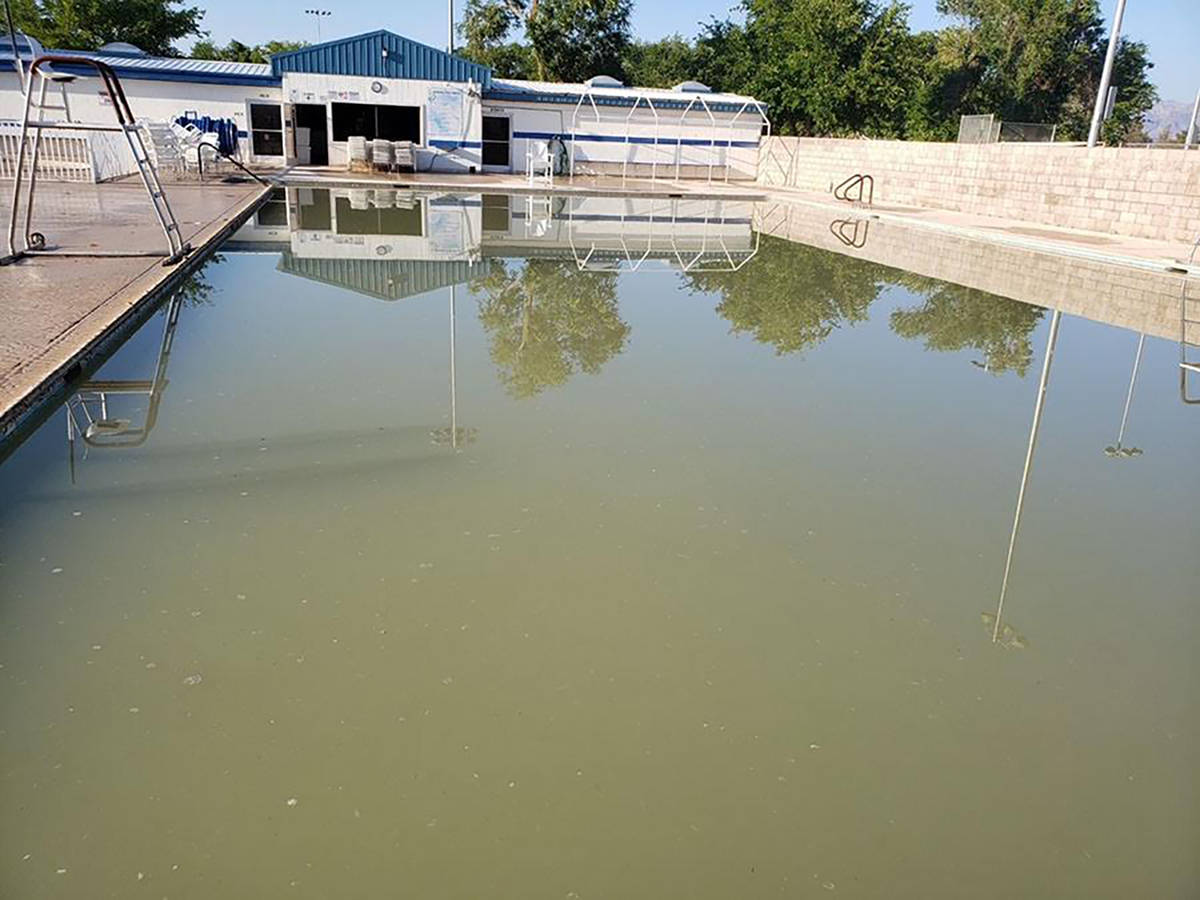 Special to the Pahrump Valley Times Town of Pahrump Buildings and Grounds Manager Jimmy Martinez provided this photo of the Pahrump Community Swimming Pool, which was flooded with muddy water as a result of the storms that blew through the valley this week.

For the next couple of weeks, however, this option for cooling down will not be available, thanks to the thunderstorms that raged across Pahrump earlier this week.

Those storms brought both rain and winds to the valley and the Monday storm resulted in substantial flooding in some parts of town.

Flood waters also made their way into the local swimming pool, resulting in the decision to shut the gates to the public.

“The Pahrump Community Pool is closed until further notice due to storm damage. The pool has been flooded with mud water that will have to be removed and the pump system will need to be cleaned,” Nye County Public Information Officer Arnold Knightly announced early Tuesday morning. He noted that the flooding even forced mud into the building and the pump room. “The projection is that it may be reopened by mid-August,” Knightly stated.