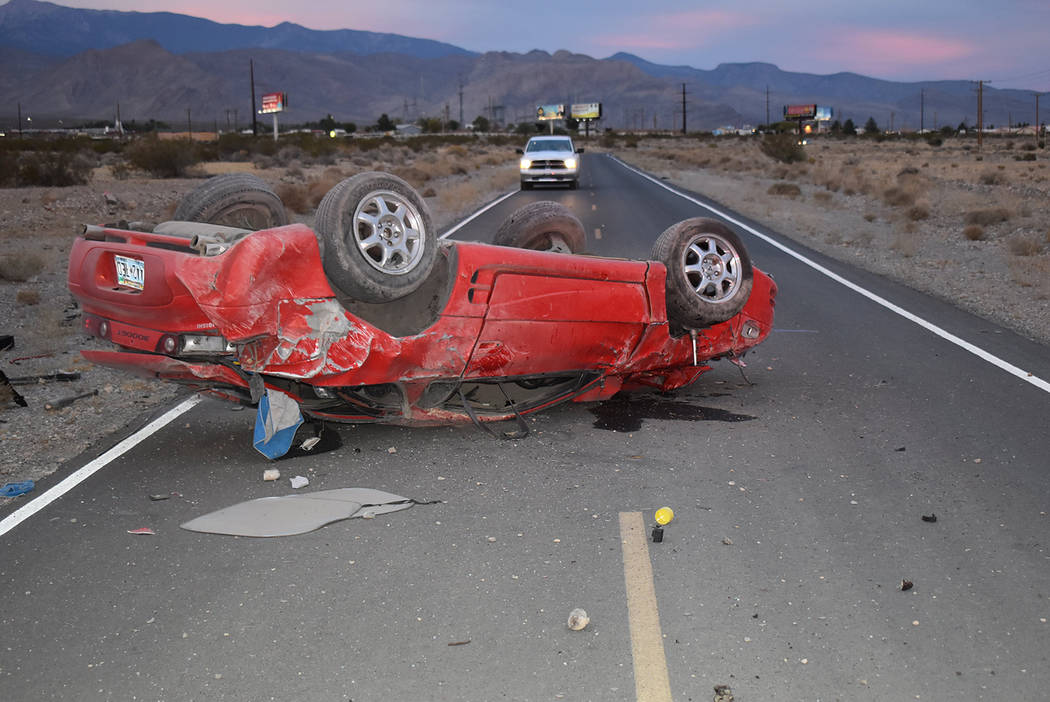 Special to the Pahrump Valley Times One person was transported to Desert View Hospital following a single-vehicle crash in the area of Honeysuckle and Dandelion Streets, just after 6 p.m. on Wednesday, Oct. 16. The Nye County Sheriff’s Office is investigating the exact cause of the accident. 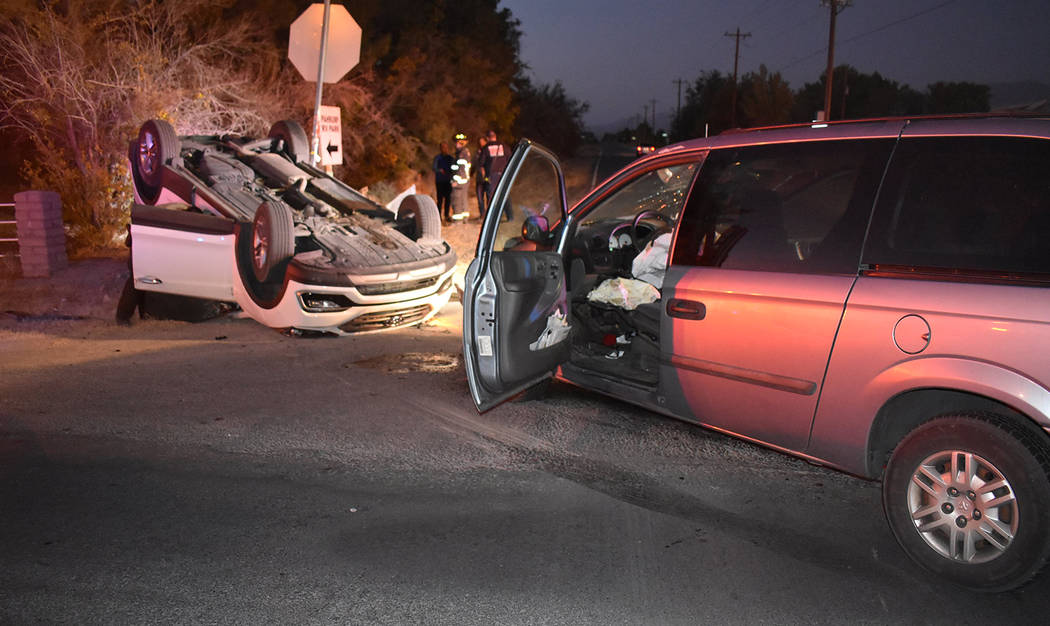 Special to the Pahrump Valley Times Three people were transported to Desert View Hospital, following a two-vehicle crash at the intersection of Basin Avenue and Linda Street, just after 6 p.m. on Thursday Oct. 17. The high-impact collision caused significant damage to both vehicles. 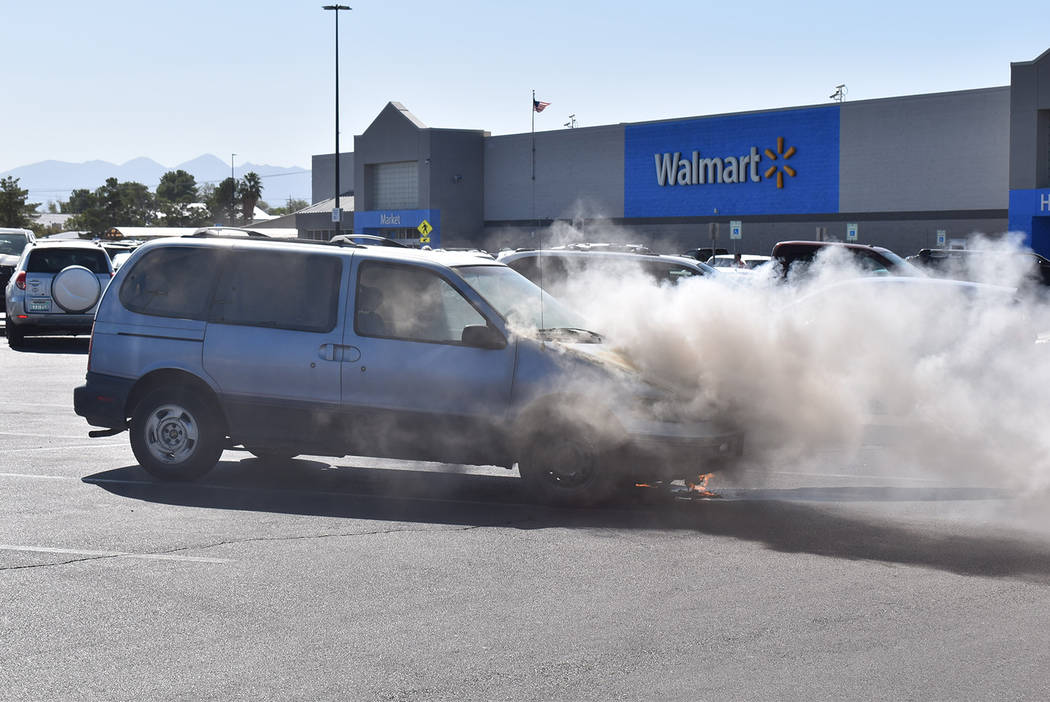 Special to the Pahrump Valley Times Pahrump fire crews responded to a vehicle fire in the Walmart parking lot just before 1 p.m. on Thursday Oct. 17. The cause of the fire was deemed to be mechanical failure. Not injuries were reported.

A driver was transported to Desert View Hospital following a single-vehicle crash in the area of Honeysuckle and Dandelion streets.

“Crews arrived on location to find a one-vehicle rollover as reported, with witnesses describing a rollover mechanism with six rotations,” Lewis said. “The vehicle was found on its roof. The driver had self-extricated and displayed injuries consistent with transporting that patient to the local hospital. The Nye County Sheriff’s Office is investigating the accident.”

The following day, emergency crews were dispatched to the parking lot of Walmart for a reported vehicle fire just before 1 p.m.

“Crews arrived to find a vehicle with a working fire in the engine compartment,” Lewis said. “Nearby vehicles were removed prior to the fire department’s arrival. Crews were able to quickly extinguish the fire, and it was determined that the vehicle was unoccupied. There were no injuries reported and the cause of that fire was determined to be mechanical failure.”

Later on Oct. 17, fire crews were dispatched for a report of a two-vehicle crash just after 6 p.m., at the intersection of Linda Street and Basin Avenue, with possible entrapment.

“Crews arrived to find the two-vehicle accident as described with one vehicle overturned and significant damage to both vehicles,” Lewis said.

“While there was no entrapment, there were injuries and three patients were transported to the local hospital,” he said.

On Monday, Oct. 21, just after midnight, fire crews were dispatched to the 5700 block of East Al Fresco Avenue for a structure fire.

Lewis said crews arrived to find a stovetop fire that had not extended to the cabinetry in the kitchen.

“That fire was deemed under control quickly after arrival, and there were no injuries reported,” Lewis said.

On the same day at approximately 2:34 a.m., fire crews were dispatched for a report of a building fire in the area of Bell Vista Avenue and Ash Meadows.

“Crews arrived to find an abandoned single-wide trailer located off the roadway that was well-involved,” Lewis said. “Crews quickly extinguished the fire with no further extension. That fire is suspect in nature and it is being deemed an act of arson.”