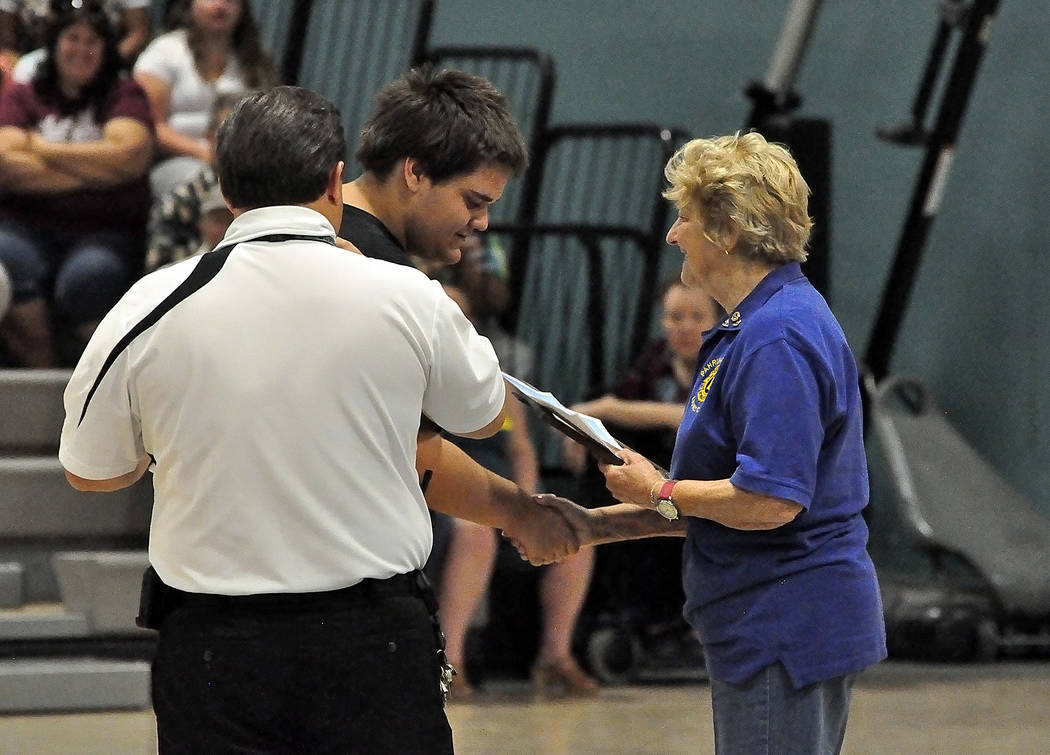 Horace Langford Jr./Pahrump Valley Times Jerod Husted receives his award on May 18 from the Pahrump Lions Club at an assembly on the last day of school. Husted was failing all his classes at the beginning of the year and then changed his attittude during the winter break and started getting As an Bs. 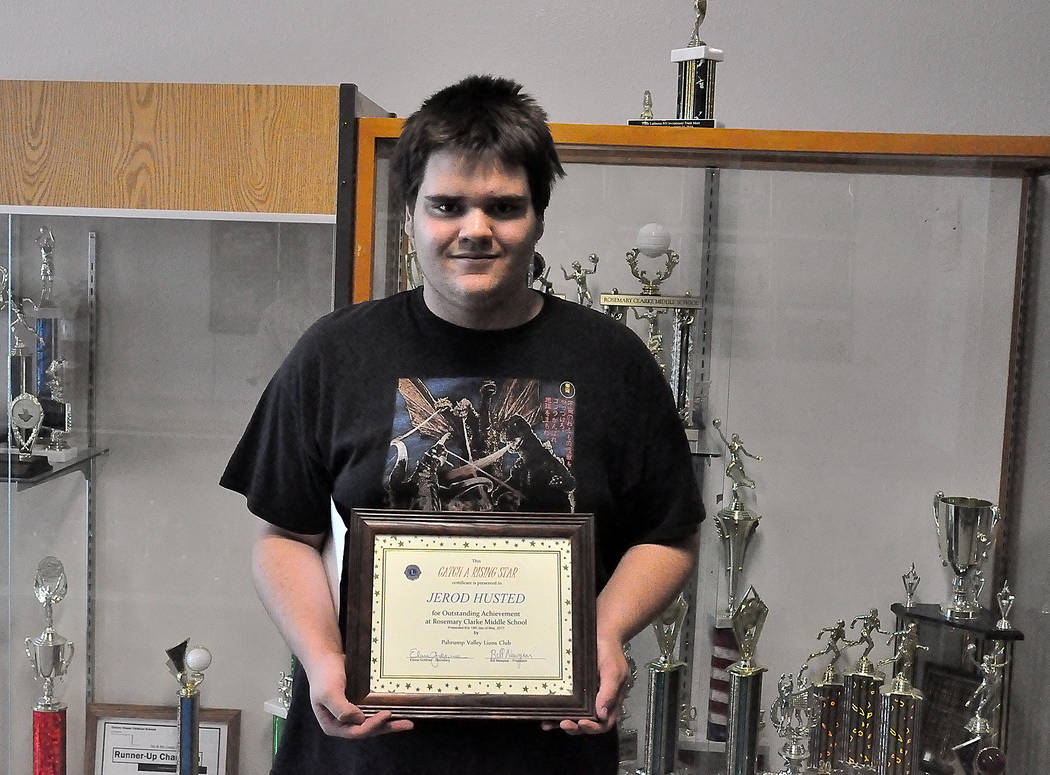 Horace Langford Jr./Pahrump Valley Times Jerod Husted said he realized he didn't want to be held back and started working again. This was after a team of teachers and counselors convinced him he could do the work.

Sometimes it takes only one teacher to turn a student around.

In Jerod Husted’s case, an eighth-grade student at Rosemary Clarke Middle School, it was a whole team.

Husted started the year off not knowing if he would be going with his class to high school the following year. That’s how bad things were. During the year he “changed his attitude” said principal Tim Wombaker and was this year’s recipient of the Lions Club Rising Star Award for overcoming adversity. Husted received the award on May 18 at a school assembly on the last day of school.

“The award honors those students that turn things around,” Wombaker said. “This year’s recipient had failing grades and his counselor, Kelley Hodge, said at Christmas break he changed his attitude and started making good choices and getting A’s and B’s.”

It was an award that took him by surprise.

“He had no idea he was going to get an award,” Rosemary Clarke intervention specialist Terri Hee said. “He had received a smaller award for most improved student earlier and he was happy with that. He left smiling and saying, ‘I did achieve something.’”

With the award, he received a $25 gift certificate to Dickey’s Barbecue and a $25 Walmart gift card.

Husted said his teachers and counselor helped him to change his attitude.

“He began the year with straight F’s,” seventh and eighth-grade counselor Kelley Hodge said. “He struggled academically, but he is a bright kid.”

“The counselors and teachers said I could do so much better and they asked me if I wanted to learn,” Husted said. “Then I said to myself, ‘I don’t want to be held back.’ This is a great feeling to win this award.”

“It all started with him going to our after-school program, Safe, where he made new friends,” Hodge said. “We built new relationships and we got him to see potential in himself that he hadn’t seen before. We also showed him the importance of what he had to do. He had people in his corner building relationships.”

She said that those people saw that he got a good haircut, and he even got new clothes in the process, which all played a role in helping him change.