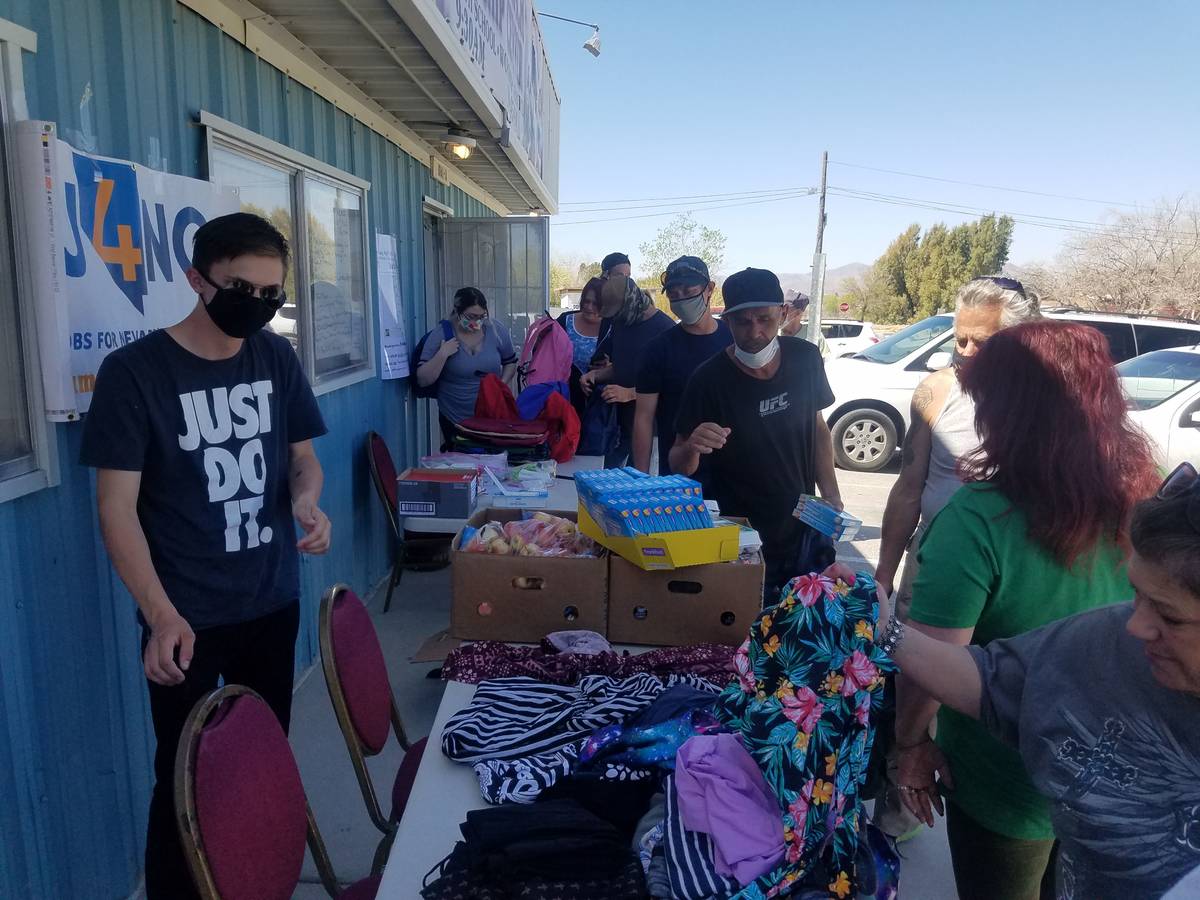 J4NG/Special to the Pahrump Valley Times J4NG students in Pahrump provided about 20 backpacks filled with various items to the Pahrump homeless community on April 2, 2021. The event occurred at the Oasis Outreach Center in Pahrump. 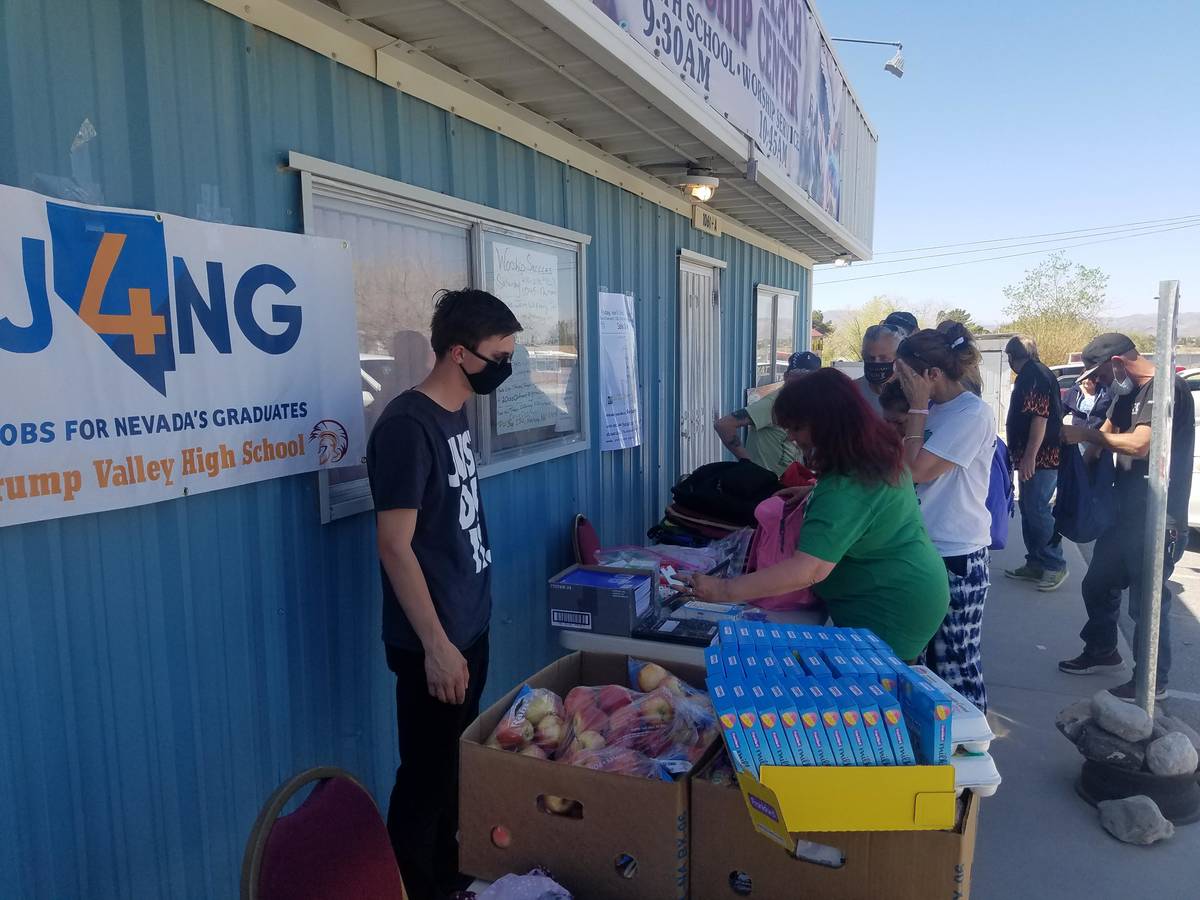 J4NG/Special to the Pahrump Valley Times J4NG students in Pahrump hold a "solar drive" at the Oasis Outreach Center on April 2, 2021.

Students in the Jobs for Nevada Graduates program in Pahrump gave back to the community in early April by providing necessities to the homeless during a “solar drive.”

Oasis Outreach is a church in Pahrump that distributes food for those who need it each morning.

Robert Nielson, the Jobs for Nevada Graduates instructor from Pahrump Valley High School, said, “We couldn’t have done it without them, and we give tremendous thanks to them.”

The main fundraiser that helped students succeed in the project was done through the Subway in Pahrump. David Bombara, the owner of the Subway, was a guest speaker at Pahrump Valley High School in Nielson’s class. Bombara set up a fundraiser for the students’ cause.

Students also worked to create a fundraiser for the homeless last year that was supposed to be a soup kitchen, but the COVID-19 pandemic put a hold on that idea.

Students used the money they’d raised the prior year to do the backpack drive, spending about $1,200 on supplies.

About 23 people showed up to the drive in early April; unfortunately, not everyone was able to get the solar products, being that it was a first-come, first-serve event, but they did still get some supplies to help them.

The local J4NG, formerly JAG Nevada, program does plan to have another fundraiser in the future, hopefully next year, to help the community.

The homeless that did show up were very grateful for the things that they received.

“The people were really really appreciative for the supply,” Nielson said.

With the supplies, the homeless will be able to shower with hot water, have lights, cleaning supplies and much more.

J4NG is a statewide nonprofit created by the state of Nevada. The Nevada nonprofit, part of a national organization, works with Nevada students to achieve graduation and find career paths.