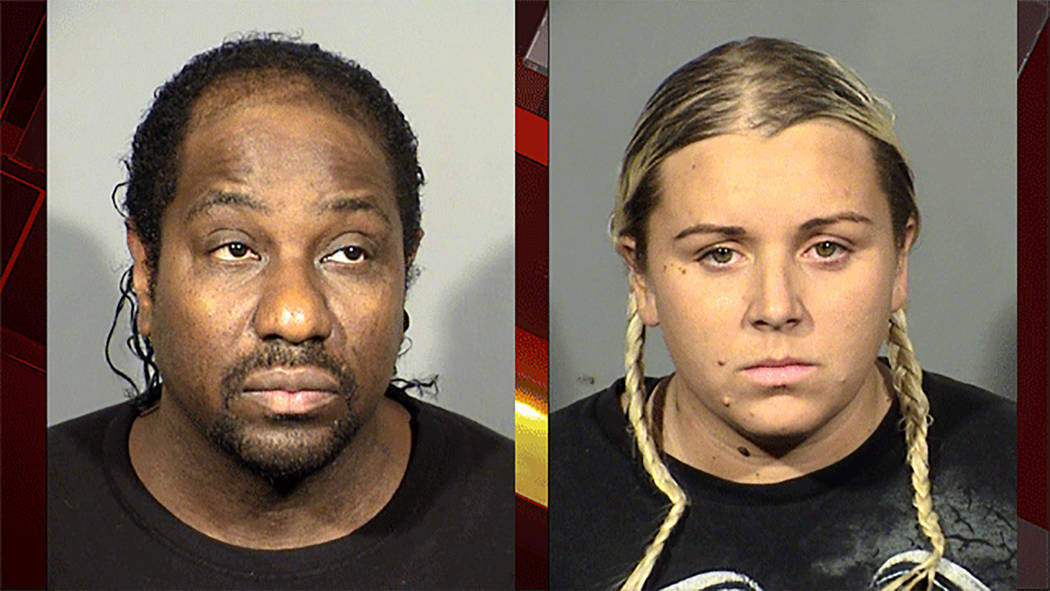 Two Pahrump suspects on the run since last month have been captured in Las Vegas.

Keith Sean Holman, age 46, and Kristin Pfaff, age 33, both from Pahrump face numerous drug and animal-related charges following an investigation that began on Dec. 27, 2017, according to a Nye County Sheriff’s Office news release.

“When they were located, a small child was found to be in their possession and was placed into protective custody through the Nevada Division of Child and Family Services,” the arrest warrant stated. “Holman and Pfaff were booked at Clark County Detention Center where they remained Monday morning awaiting extradition to Nye County.”

During the Nye County Sheriff’s Office initial investigation, deputies, detectives and animal control officers discovered five severely emaciated dogs on the property, along with evidence related to the possession and sale of narcotics at Holman and Pfaff’s residence in Pahrump.

The animals were removed and taken into protective custody for treatment, pending the ongoing investigation.