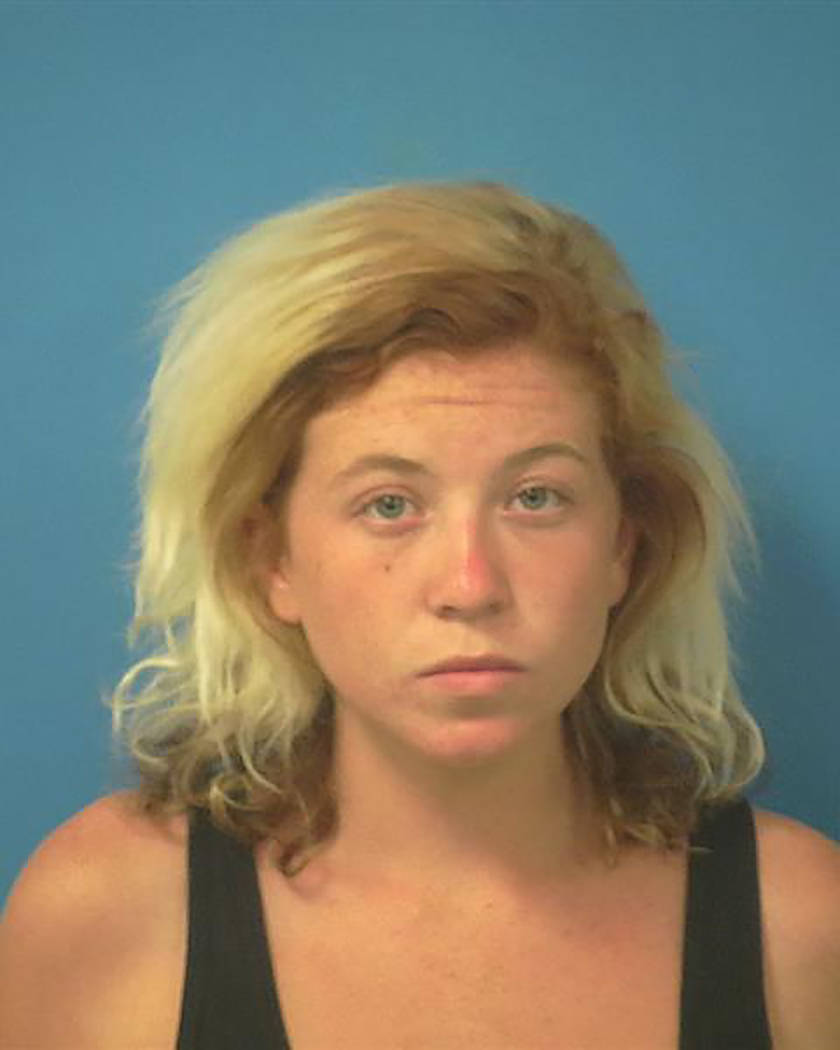 Special to the Pahrump Valley Times Annika Martin, 18, faces numerous charges following an physical altercation with a 61 year-old Pahrump woman on Tuesday Aug 1. Video of the confrontation was captured on the woman's cell phone.

Pahrump resident Annika Martin had every chance to avoid getting arrested, but she chose to escalate a recent confrontation, according to a Nye County Sheriff’s Office news release.

Martin, 18, was taken into custody on Friday, Aug. 4, and charged with robbery, battery against a vulnerable person, elder abuse and attempted grand larceny.

Noted in the release, Martin was on the property of an unidentified 61-year-old Pahrump woman on Aug. 1, when the encountered occurred.

The woman recorded Martin’s actions on her cell phone, according to the release.

“The video was reviewed and Martin was observed being asked to leave by the owner of the property,” the release stated. “As Martin leaves the property, the property owner draws attention to the closed sign hanging on the gate. Martin then turns and confronts the individual and charges after the women using force and violence against the owner in an attempt to grab the phone the owner was using to videotape Martin.”

The release went on to state that the woman attempted to prevent Martin from grabbing her phone, while Martin used hands-on force against the woman throughout the altercation.

“Martin was interviewed and she said she was only trying to get the phone from the woman because she did not want to be videotaped,” the release noted.

Martin was eventually arrested on and booked into the Nye County Detention Center, where she is being held on $8,640 cash or bond.