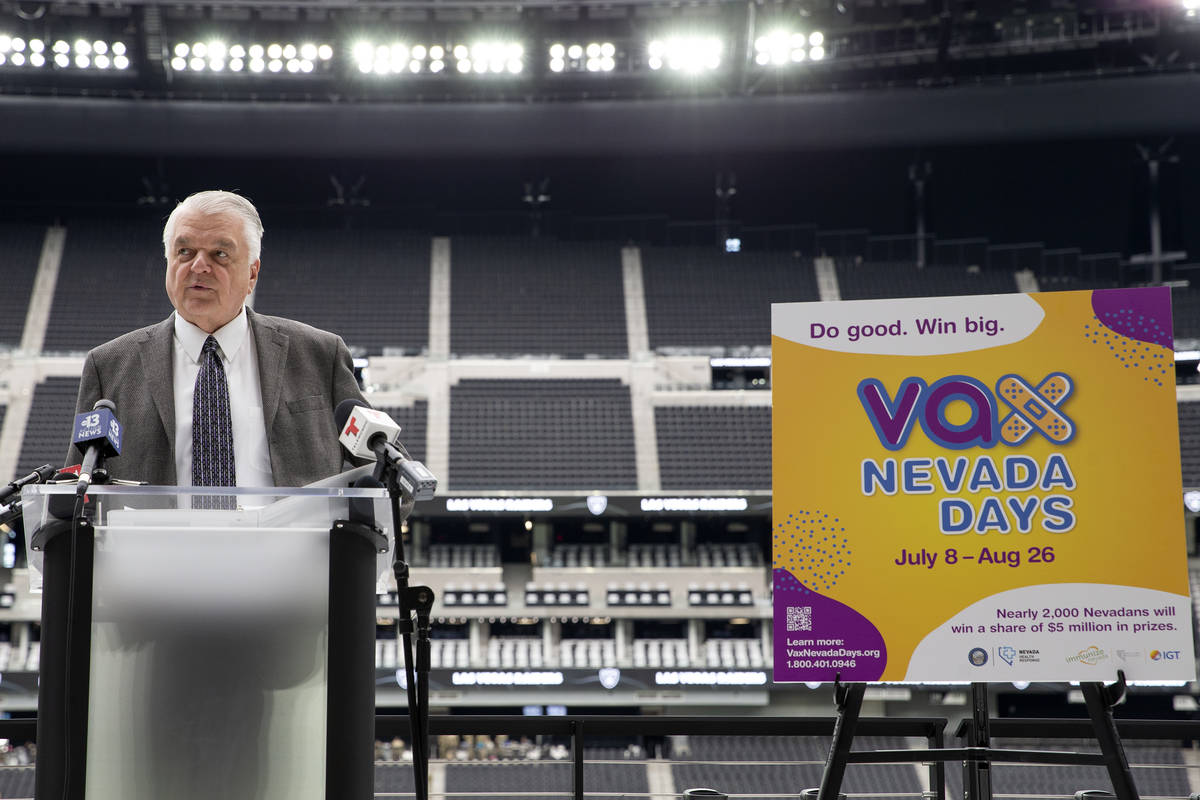 Sisolak was joined by Shelley Berkley, Touro University CEO and senior provost for the school, during the announcement of the winners in the recent round of Vax Nevada Days — a public health incentive program. The Pahrump winner, named as Diane L., was named as a $25,000 winner by Sisolak.

According to a release from the governor’s office, a total of 204 vaccinated individuals aged 12 and older were drawn as winners in the sixth Vax Nevada Days drawing. Some winners who live in Las Vegas were in attendance of the event, but winners were throughout the state.

Winners will be announced every Thursday through Aug. 26. On that date, a $1 million grand-prize winner will be named.

“Today we’re honored to be at the largest medical school and Physician Assistant School in the state of Nevada,” Sisolak said. “Throughout the pandemic, Touro has been an integral part of our community’s public health response and their efforts are making a significant impact. Students and faculty have provided almost 20,000 vaccines to community members, and Touro was the first place to offer a drive-through vaccine event for medical professionals. They are helping Nevada fight this pandemic and we are grateful for their important work.”

Several winners were announced by Sisolak during the presentation on Thursday, along with the amounts. Other winners for this week’s drawings preferred not to have their names announced or are still being contacted to claim their prize, following the procedures laid out in the official Vax Nevada Day rules.

Winners of a $5,000 college savings plans for post-secondary education:

Three winners of $20,000 college savings plans to be used for any post-secondary education, including:

There was one winner of a $50,000 college savings plan, which is to be used for any post-secondary education:

■ Mihaela B. from Reno

■ Natasha A. from Las Vegas

The event live stream is available on the Nevada Health Response YouTube channel.

The next prize announcement is scheduled for Aug. 19. To be eligible to win, Nevadans must have received at least one dose of a COVID-19 vaccine. With only two more weeks of drawings, Nevadans are encouraged to get their vaccines now to have chances to win.