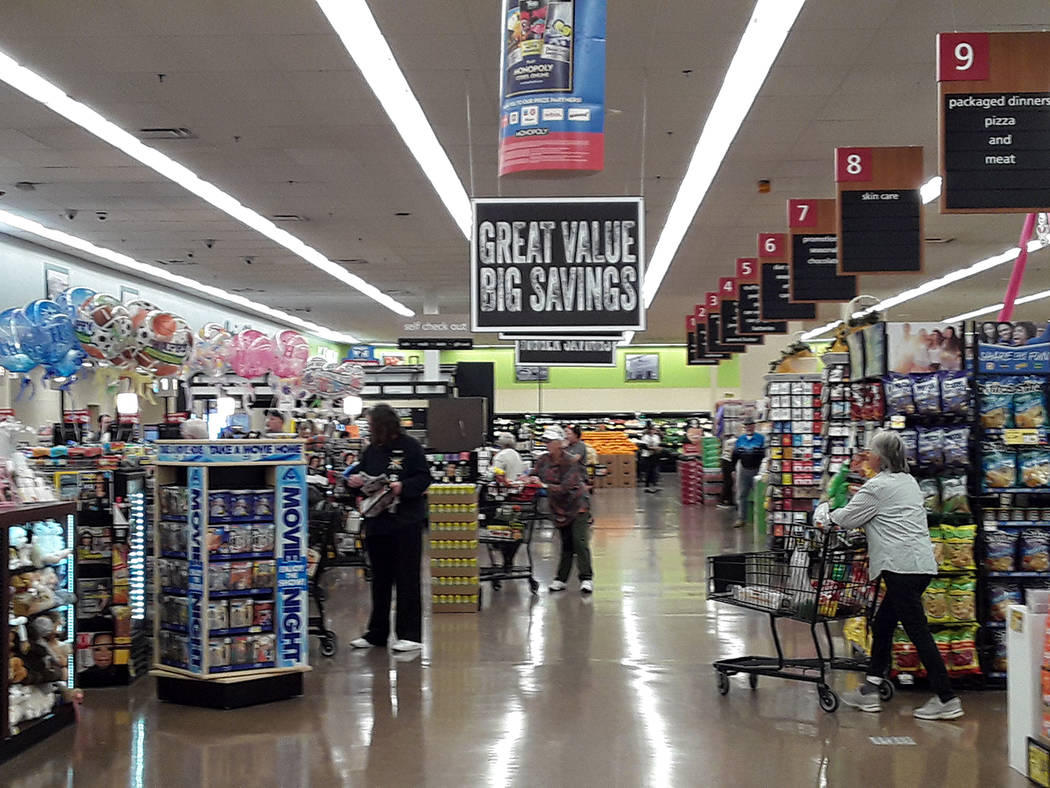 Selwyn Harris/Pahrump Valley Times Shoppers at Pahrump's Albertsons will notice an enhanced image as the retailer made several upgrades over the past several months. Store officials hosted a re-grand opening ceremony on Wednesday March 4. 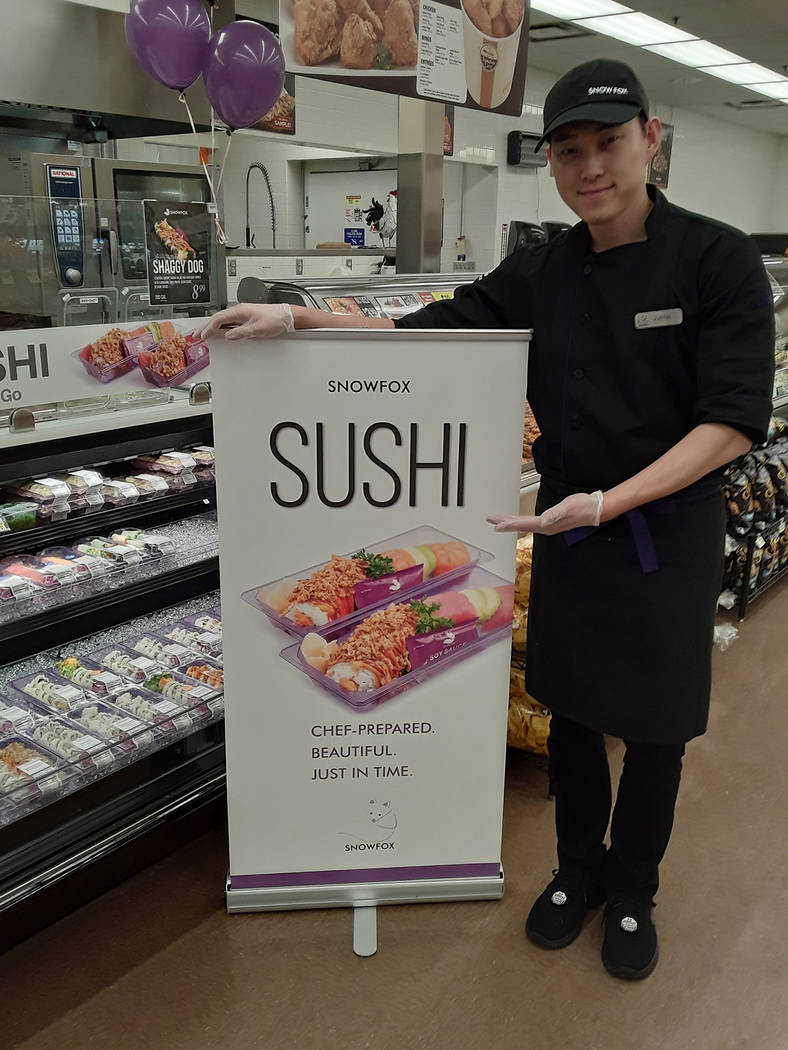 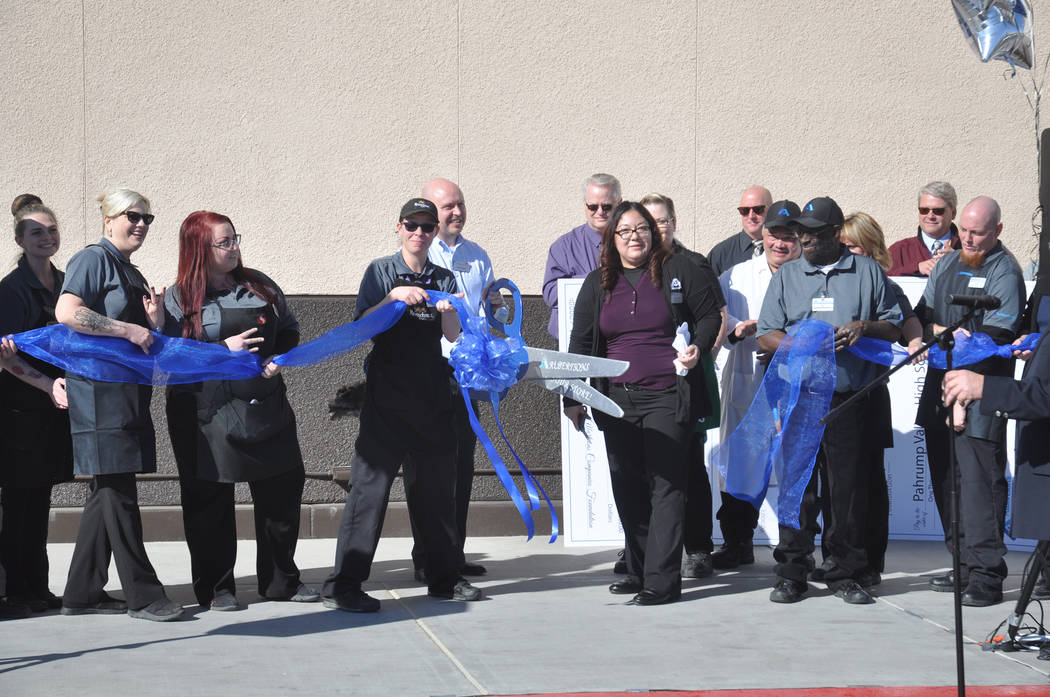 Horace Langford Jr./Special to the Pahrump Valley Times Albertsons in Pahrump holds a grand reopening on Wednesday. The manager and department heads, cut the ribbon for the store's re-opening the store at 200 S. Highway 160. 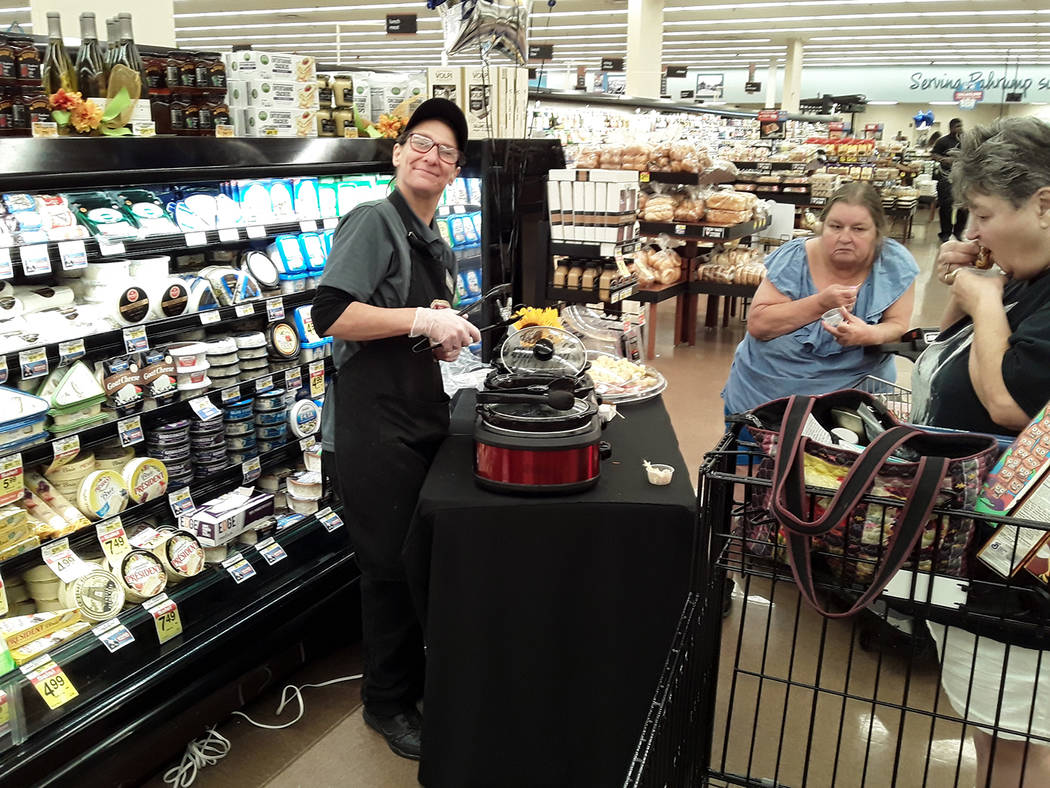 Selwyn Harris/Pahrump Valley Times Shoppers were treated to samples from the new hot food bar. Store Director Carolina Bohn made sure to point out that there are plenty of bargains to be had for shoppers when compared to other local retail outlets in town.

A special celebration took place this week at one of Pahrump’s large retail stores.

Store Director Carolina Bohn said the event allowed customers to view many of the changes made to the longtime retailer, following the 9 a.m. ribbon-cutting ceremony.

“The store was first constructed back in 1998, but it was Lucky’s back then,” Bohn said. “We changed up a lot of the decor in the store. We now have our new hot food bar, and we also have hot soup, as well as a sushi chef here in the store.”

As part of its new and improved image, Bohn said the retailer also made a generous donation to benefit schools throughout Nye County.

“We donated $1,000 to each school in the Nye County School District,” she noted. “It came to $15,000, and that’s the first time ever that Albertsons has done that for a whole community. We also donated $15,000 to the NyE Communities Coalition for their food pantry. Also, around the store we actually have 17 photographs of Pahrump displayed from back in the day. There’s a school yard picture, also an old Pahrump store. We also have a photograph of Chief Tecopa displayed.”

Along with improvements to the interior of the store, Bohn said enhancements were also made on the exterior.

“The whole parking lot got redone as well and the parking spaces were re-painted very nicely,” she said. “It was all part of the remodeling process, so now there are no more cracks on the pavement at all out there.”

Additionally, Bohn made sure to point out that there are plenty of bargains to be had for shoppers when compared to other local retail outlets.

“We have our own special ads, so we do not have the same ads as the stores in Las Vegas, and we are actually cheaper on a lot of different items,” she said. “We also have an online program called, ‘Just for You,’ where you can get special offers as well as a lot of free items. You can also accumulate points and you can use them for groceries and gas.”