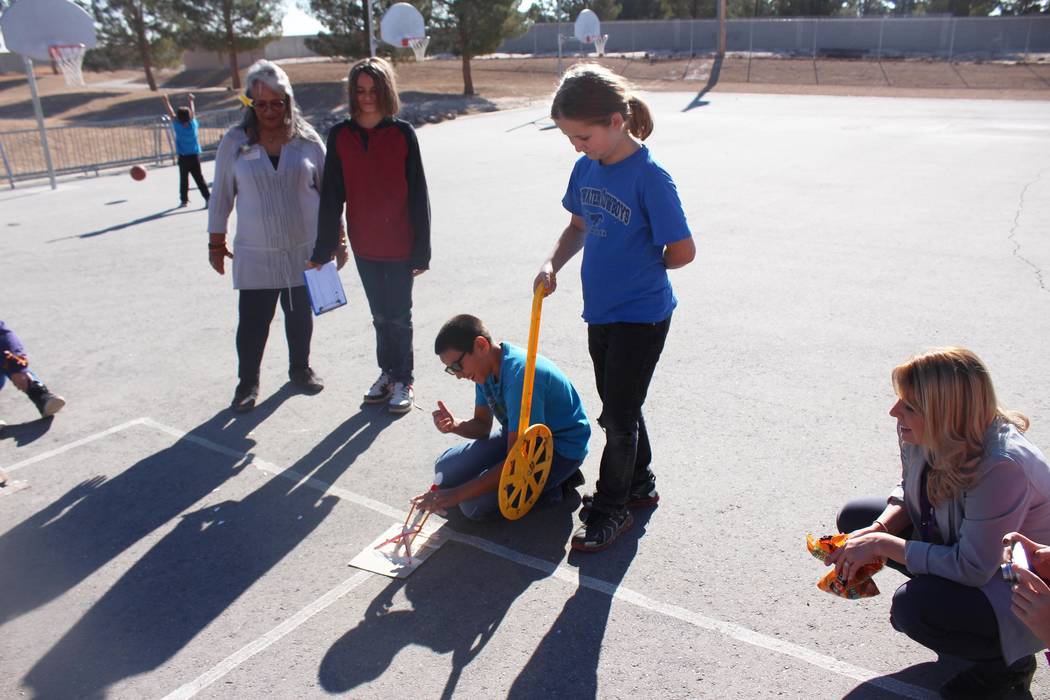 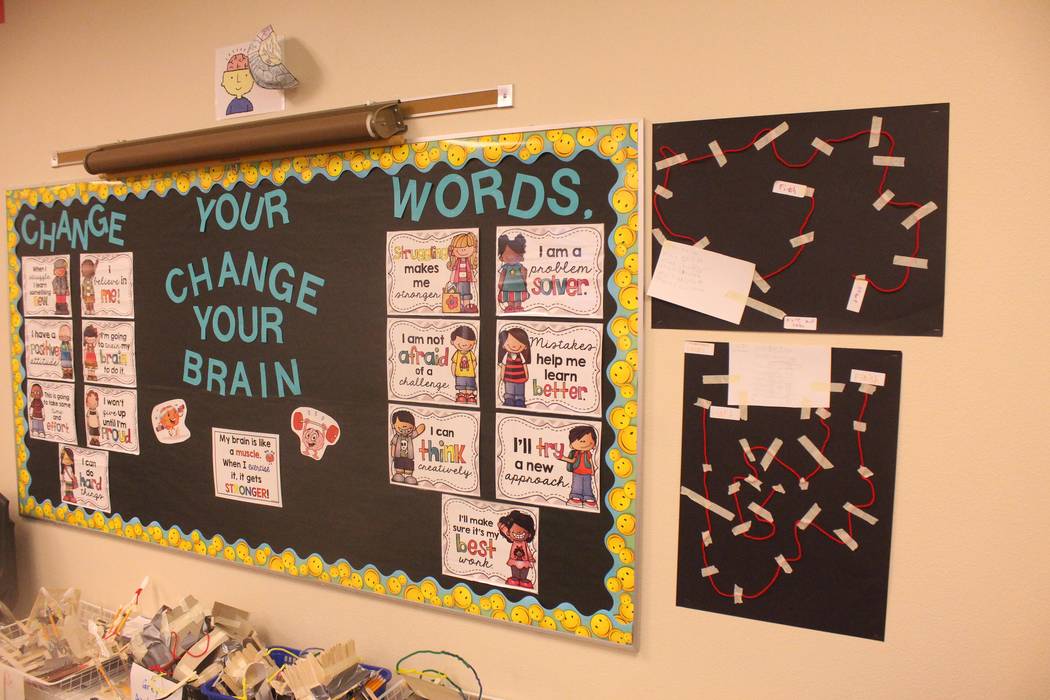 Jeffrey Meehan/Pahrump Valley Times A donation of $500 by local Pahrump resident Steve Budar is helping to increase the value of a new STEAM (Science, Technology, Engineering, Arts and Math) program at Floyd Elementary School in Pahrump. Robots from a company called Ozobot were purchased with the donated funds and will help kids in kindergarten through fifth grade learn computer programming skills. 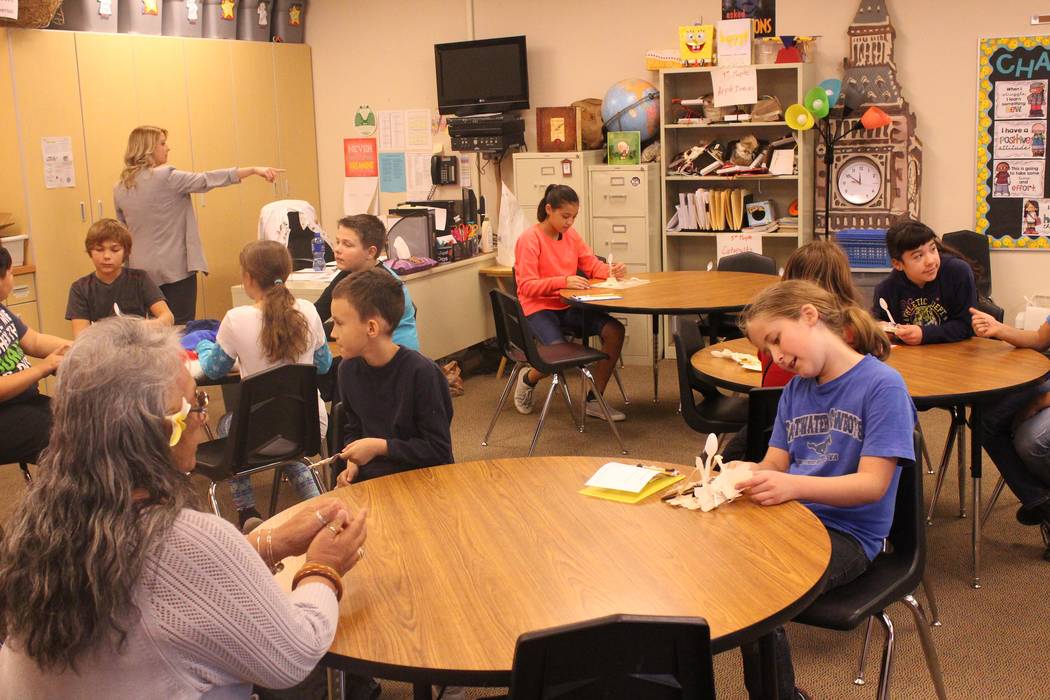 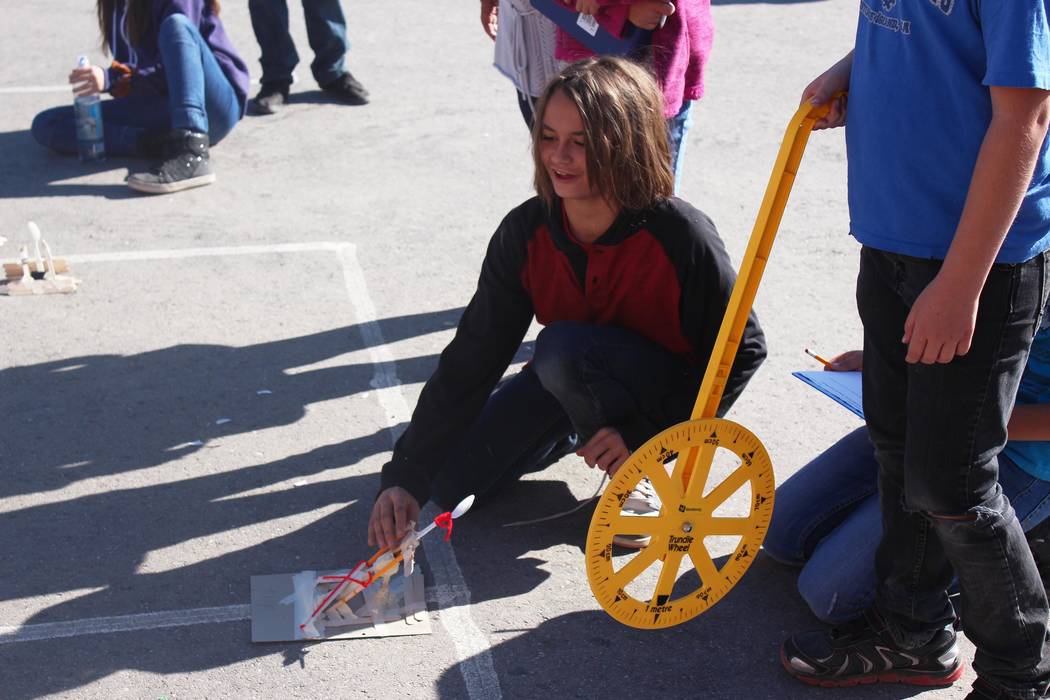 Jeffrey Meehan/Pahrump Valley Times A new STEAM (Science, Technology, Engineering, Arts and Math) program is helping kids at Floyd Elementary School gain skills needed to enter engineering and computer programming fields. Both fields are set to increase over the next several years, according to a report from the Bureau of Labor Statistics.

Floyd Elementary School in Pahrump has added a new program that’s helping students gear up for the future call for technical skills and improve their use of critical thought.

Katrina Dietrich, a teacher at Floyd Elementary, is increasing the use of technical tools in her classroom at Floyd, where a Science, Technology, Engineering, Art and Math (STEAM) program has been added.

The program adds to the technology curriculum already offered within the school.

Dietrich said she worked with leadership at Floyd Elementary to add the program, which began in the 2017-2018 school year.

The STEAM program at Floyd has four main components, known as the four “Cs”, Dietrich is focusing on creativity, critical thinking, communication and collaboration.

The framework behind the four Cs is derived from an organization named P21, which builds its ideas through collaborations between education, business, community and government leaders “to define and illustrate the skills and knowledge students need to succeed in work, life and citizenship, as well as the support systems necessary for 21st century learning outcomes,” according to information on the group’s website at p21.org

Dietrich is giving lessons across several age groups, from kindergarten to fifth grade, in science, art and math. She is also offering instruction in technology to teach computer programming and engineering.

On top of support from Floyd, the technology-driven program at the school is also being enhanced by outside funding. Local resident Steven Budar donated $500, which went to purchasing several programmable robots from a company called Ozobot.

Ozobot’s series of robot products have a variety of ways to teach kids about computer programming.

Dietrich said she purchased the Ozobot BIT, which can be used to help teach kids programming by using color code schemes which turn into commands for the robot.

It works by having users rest Ozobot BIT on a blank white sheet of paper and put it on a drawn line, black in color, on that paper. Using or drawing certain color sequences, via red, green, blue and black, can cause Ozobot to take certain actions as it runs along a track. Turning right, u-turning and stopping for a specified period of time are just a few commands that can be sent to the Ozobot.

Dietrich said she is also going to be using Samsung tablets to teach students how to program the Ozobot.

The initiatives in programming will vary across the different grade levels.

“My goal was to expose all students to computer programming (coding) and robotics,” Dietrich said.

The future of computer programming and other similar fields seems positive.

Computer-related fields are projected to see the largest gains in the number of people needed in the workforce, according to data from the U.S. Bureau of Labor Statistics.

Between 2014 and 2024, computer fields are projected to grow by 12.5 percent in new jobs; which, due to already large workforce numbers in computer-related fields, the sector is expected to add nearly 500,000 new jobs during that period, the BLS reported in January 2017. That growth was over four times the projected growth for most other Science, Technology, Engineering and Math (STEM) fields the bureau tracked for its early 2017 report.

The second highest growth field from 2014 to 2024 is projected to be engineering, with 65,000 projected new positions, the bureau reported.

The recent initiatives at Floyd Elementary are far from what Floyd was doing in prior times, which involved working with desktop computers and learning to perform operations such as saving a file or other uses.

This new initiative is geared toward learning how to problem solve — a skill Dietrich sees as integral in the future.

“We realize that the way that the world is becoming, and the way the workplace is going to be, it’s not about how many facts can you memorize, but it’s can you problem solve on your feet?” she said.

Dietrich is hoping to expand the program with people such as Budar or other outlets.