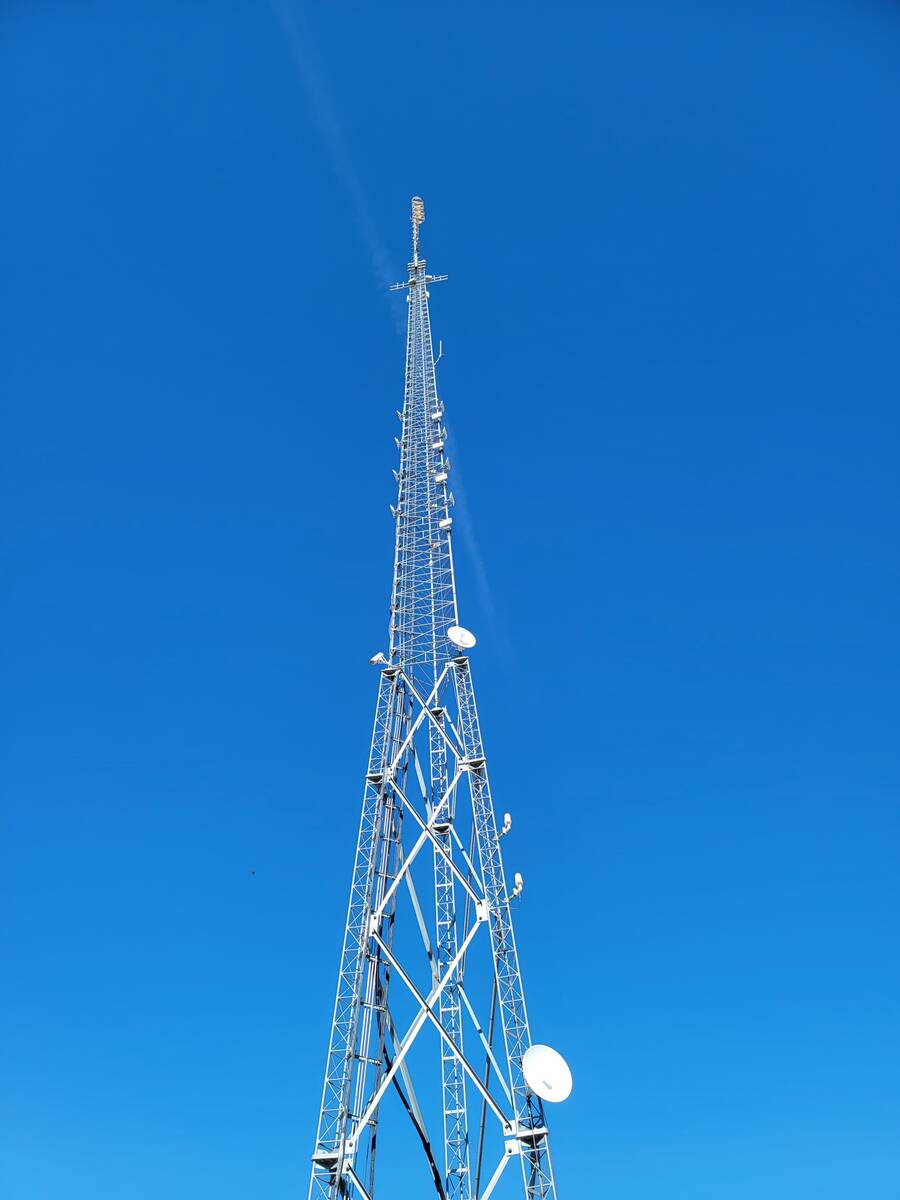 KNYE 95.1 FM has expanded the station’s signal into parts of Las Vegas, by the way of a new 190-foot antenna. (Special to Pahrump Valley Times)

The “big voice of the valley” recently got a little bigger here in Pahrump.

KNYE 95.1 FM owner Karen Jackson spoke about a recent upgrade that expanded the station’s signal into parts of Las Vegas, by the way of a new 190-foot antenna.

Installation on the antenna was completed last week according to Jackson, who said she was forced to take the station off the air for several days during the process at the 1230 Dutch Ford Road location.

“I told everybody what was going on and a lot of people just parked and watched the antenna being installed, which was pretty interesting,” she said. “There was a crew of four men with one on is on the ground, and three were on the antenna. One guy at the very top was actually hanging upside-down.”

The signal doesn’t quite reach to Tonopah, she said.

“We had a pretty slim signal up in Mercury and Beatty, but it was it always there, and now thanks to the new antenna we are coming through there loud and clear,” she said. “The signal is also going further into Las Vegas and parts of Henderson now.”

Along with the broader signal, Jackson also spoke about a few changes to the station’s musical format.

Additionally, Jackson spoke about a very serious health scare which forced her to go on an extended hiatus.

“I’m getting ready to start doing my shows again,” she said. “I’m going to try and start the first week of April. It’s been a long time, because with my health, I couldn’t read aloud due to the bronchitis I had. It started around the time the pandemic began.”