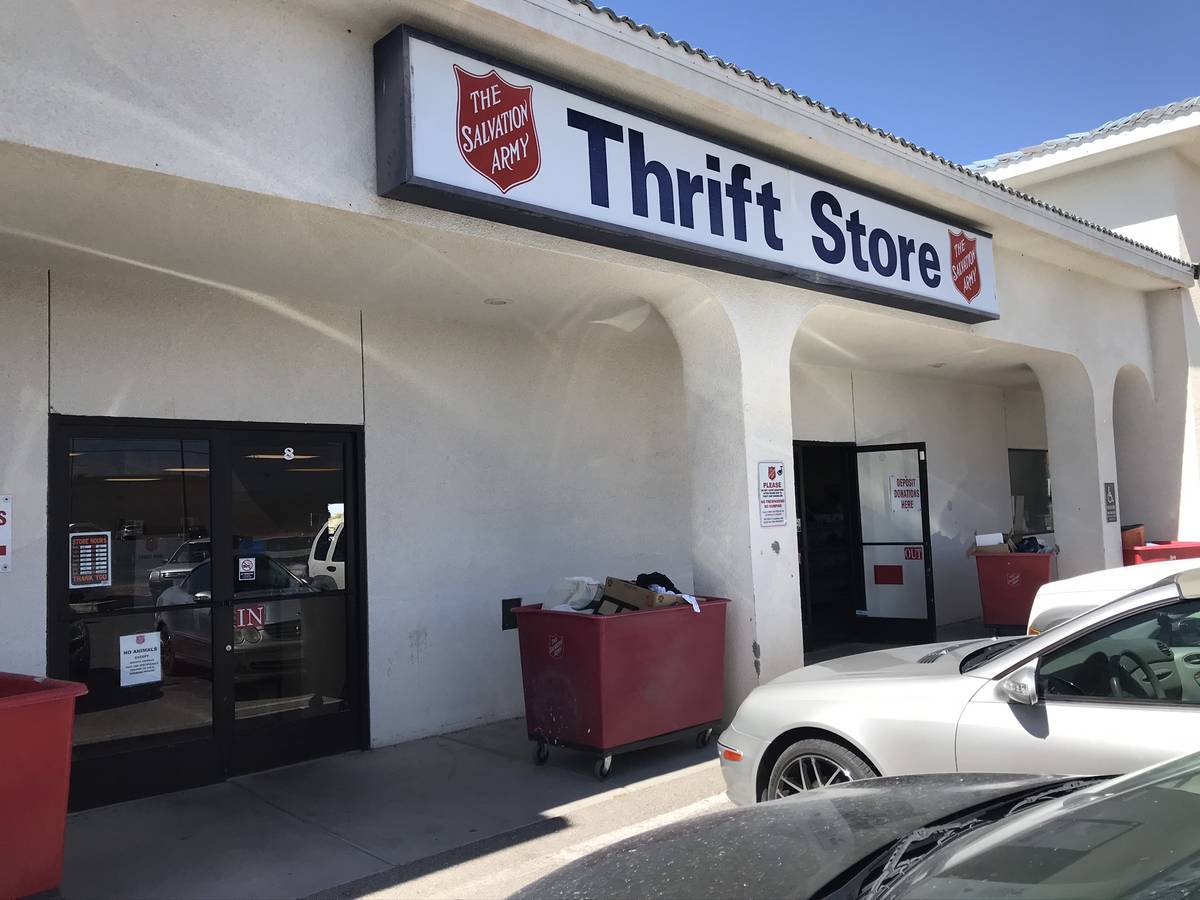 Jeffrey Meehan/Pahrump Valley Times The Salvation Army Family Thrift Store in Pahrump at 240 Dahlia St., will be the main facility for services after the agency moves from its 721 Buol Road location later this year, according to Social Services Director Jon Watt.

For those who rely on services from Pahrump’s Salvation Army, take note, as there are upcoming changes facing the agency.

“If everything goes according to the current schedule, we will be switching locations at the end of August,” Watt said. “I expect delays to occur, but we will have to wait and see.”

News of the move comes just under a year after Captains Anthony and Lisa Barnes were tapped to lead the Salvation Army’s work in Clark County and throughout parts of Southern Nevada, which encompasses the Pahrump Valley.

Watt noted that Salvation Army Southwest Division officials in Arizona, which oversees and serves locations in the Southern Nevada region, green-lighted the move.

“We had a struggle to try to save this location,” he said. “We thought we had this location, but Arizona came back at it again, and have ordered that we will be moving over there to the Dahlia Street location.”

As a result of the impending move, Watt spoke about the positives and possible snags, if any, related to the transition.

“There’s a homeless camp next to that location, so by moving over there, I will be able to deal more directly with the homeless population in that area,” he said. “We have homeless people living on the Binion land behind that building.”

Regarding the agency’s present location, Watt spoke of the drawbacks he’s experienced in relation to serving clients.

“People continue to call us and say that they didn’t know we existed and they were specifically asking where we are located, even though they’ve driven past us here on Buol Road two or three times,” he said. “But having us at the Dahlia location, it will be easier for people to find.”

In reference to the size of the Dahlia Street location, Watt said though it’s not as large, he and his staff will have to simply adjust, once everything is said and done.

“It’s a little bit smaller square footage-wise, but here, we have a lot of unusable space,” he said. “Over there, it’s one big wide-open area, so we can do a little bit more with that area, until we are living in it and working out of it.”

On the issue of his personal thoughts about the change, Watt said he sees promise at the new location.

“I’m excited about some of the opportunities that we’re going to have,” he noted. “I’m sorry to see some of the things that I wanted to do here were not able to get done, but you eventually have to do what your higher up tells you to do. I think there’s going to be a lot of good things that come out of this move, but we’ll just have to wait and see.”

Additionally, Watt said that at present, the Salvation Army will not be accepting donations of clothing and furniture for the time being, due to the move.

“We still want people to come and buy items that we already have on hand, and that includes furniture,” he said. “I’ve been told that we are no longer accepting any donations other than food and financial assistance.”

For additional information on services provided by the Salvation Army call 775-751-6181.