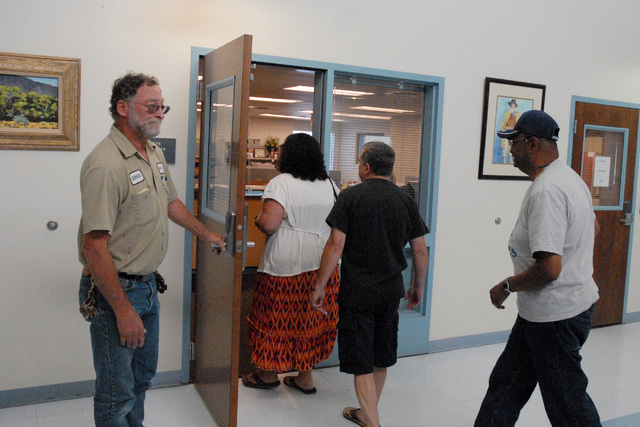 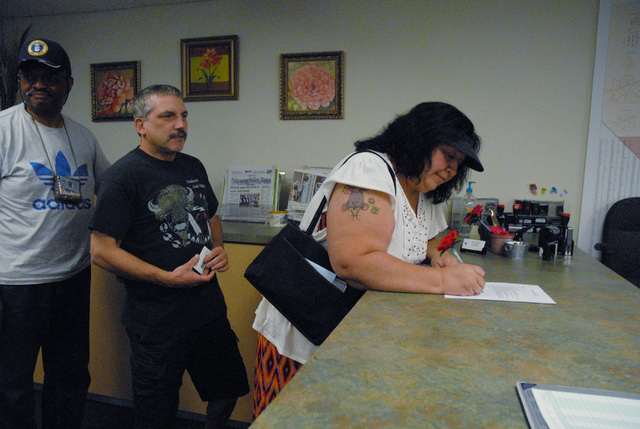 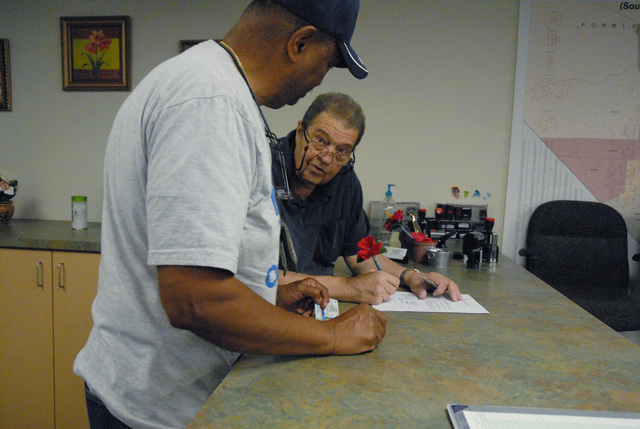 The fight to keep the Pahrump Town Board functioning as a legitimate government body is far from over.

Town board member Dr. Tom Waters said in a prepared letter this week that a “bold” group of local residents have taken the effort upon themselves to begin a process to reinstate the elected town board.

The process involves generating a petition drive to place a new ballot question before voters in November.

“They would need 2,639 signatures by the allotted deadline,” Waters said. “The signature total is calculated as 15 percent of the 17,589 Pahrump voters in the 2012 general election. Reinstatement could be done easily by the commissioners but that would be the ‘will of the commissioners.’ The people voted in 2012 and deserve to vote again in 2014. This could, and should, be done as a will of the people,” Waters said.

On Wednesday, Town Board Chair Harley Kulkin met several local residents at the Nye County Clerk’s office to get the drive started.

Kulkin said though he needed five initial signatures to begin the process, several more residents came forward and signed the petition as well.

“We got seven residents to start this and everybody wanted to sign it. I was here just in case there wasn’t enough signatures but as it turns out, we had more than enough,” he said.

Local residents Marie Hibbert and William Wesley were two of the initial signers.

As an 11-year resident, Hibbert said she believes local residents should have local representation from a board form of government.

“We voted those people in and they are speaking for us in Pahrump. The important thing is that they are here. They are in Pahrump. They are not in Tonopah and they know what’s going on in town. They hear us and I want my town board. Local control is very important,” Hibbert said.

Williams said he signed the petition for similar reasons.

The six-year resident reinforced his argument by noting the county’s multi-million dollar budget shortfall this year.

“With the money here in Pahrump, we can keep better control rather than having Tonopah spend our tax money for whatever they have planned,” he said.

Waters, meanwhile, also expanded on the local control element as he used the county’s argument to support his belief.

“We hear our commissioners’ struggle with the marijuana issue and continue to state, ‘Local control is the best control.’ I fully agree with their statement and believe that local control of Pahrump is best implemented by a locally elected town board. Although this is not a drive by the town board or the town staff, I feel confident that they would support this petition drive.”

Incorporation was yet another issue Hibbert and Williams spoke out on.

In fact, it was the incorporation issue that fueled the ouster of the town board.

Roughly two years ago, a ballot question asked local voters whether they wished to discontinue an elected town board form of government.

The question passed by a narrow margin of 231 votes.

Ironically, Hibbert’s support of the town board does not include incorporation.

“I think incorporation would just ruin it for me personally. I’m not for incorporation at all, but I do support the town board. I know it kind of sounds silly and a lot of people did not agree with the choices they make, but I believe they’re doing their best for our town and they do explain the situation with us,” she said.

Wesley, meanwhile, had a different point of view.

“We do need more services here in town. We need more stores and restaurants to employ people with the additional revenue for us. If it takes incorporation to do that, then I am all for it. If they can do that without incorporation that’s okay too,” he said.

On the issue of the petition’s deadline, Kulkin said he’s still trying to determine when all of the signatures should be submitted to the clerk’s office.

“When I read the law, it says that you have 120 days to 180 days depending on when it falls to the next election. The next election is this November, which is more than 120 days. So with that said, we have plenty of time. The law doesn’t specify you have to start January 1st or February 1st. It’s just a process that starts from day one. We’re not exactly clear on a deadline but we are working that all out and if we have to have a special election, so be it,” he said.

Kulkin also said he’s working to secure various sites where those interested in signing the petition may do so.

Last month, the Nevada Supreme Court ruled in favor of the county which put the governance of the town under county control effective Jan. 5, 2015.